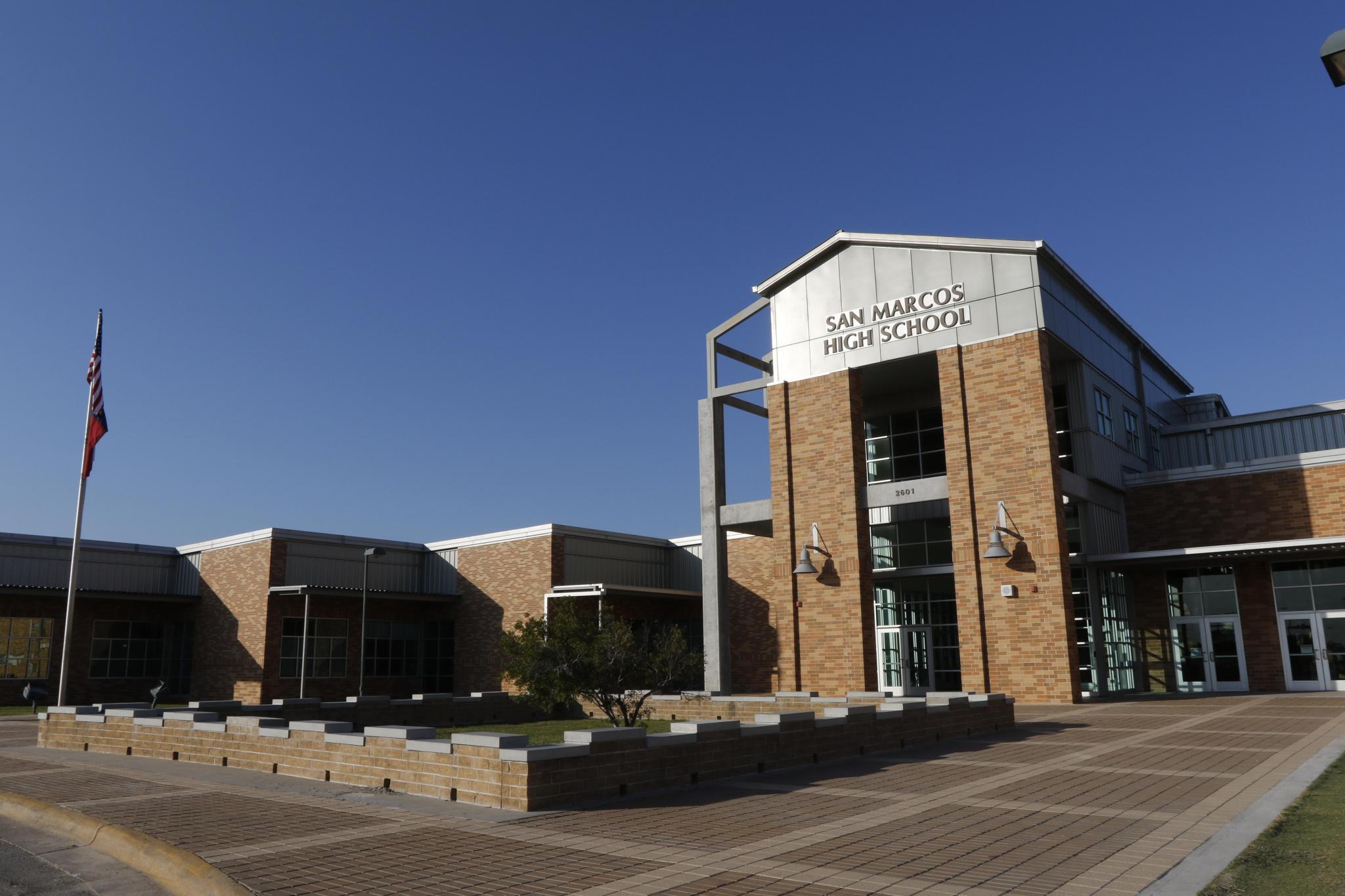 The San Marcos Consolidated ISD Board of Trustees approved a mask mandate for students and employees, challenging an executive order issued by Gov. Greg Abbott.

The motion to adopt the mask mandate passed, 6-1, during a special-called meeting Thursday. The board will reevaluate its mask requirement in January 2022.

“I know the district keeps up with anybody that has (COVID-19),” Board President Clementine Cantu said. “And one of the big concerns right now is the amount of covid that is prevalent with the younger kids, the younger students.”

Dallas Independent School District and Austin ISD announced Monday that they will require students and teachers to wear a mask on campus. Houston ISD also approved a mask mandate during a meeting on Thursday.

Abbott issued executive order GA-38, which states that no governmental entity, including county, city, school district and public health authority may require any person to wear a face covering or mandate that other persons wear face coverings. The district could be fined up to $1,000 if it fails to comply with the governor’s executive order.

Amid the conflict between school districts and GA-38, the Texas Education Agency said it would not provide any additional public health guidance at this time.

The governor has promised to sue any school district that contradicts his order.

“Under Executive Order GA-38, no governmental entity can require or mandate the wearing of masks,” Abbott said in a news release. “The path forward relies on personal responsibility — not government mandates. The State of Texas will continue to vigorously fight the temporary restraining order to protect the rights and freedoms of all Texans.”

Many who spoke in public forum Thursday evening came out against the district’s mask mandate.

Nicole Cosper, who said she has two children who attend elementary school at SMCISD, said she was concerned about any backlash the district may receive for the board’s decision.

“Why does the board feel like children in San Marcos CISD must be mandated on what to do rather than let their parents decide what is in the child’s best interest in this unprecedented time in our history,” she said. “In town and in the state of Texas, there is no mask mandate. People continue to move freely within our community and our state. There have been concerts and sporting events attended, churches in session and businesses all allowing for individuals to do what they feel is best for themselves and their families. Our state and our community have empowered people to make educated choices on vaccination and mask usage and I ask the district to empower families in the same manner.”

The meeting became tense following public comment from Trampas Sibert who called the board “tyrants” and described their discussion as “bulls**t.” He was later escorted out of the meeting by law enforcement officers.

Julie Fisher, a pediatrician at Corridor Primary Care Pediatrics in San Marcos, spoke in favor of the mask mandate saying the delta variant is the “most terrifying as a parent and as a pediatrician.”

“This is the first time we’re seeing outbreaks of the disease where children are actually spreading it, younger children are finally able to spread it to younger children whereas before younger children weren’t spreading it to their classmates, they were bringing it home from their parents and they weren’t infecting other children,” Fisher said.  “Now, we are seeing large-scale outbreaks in daycare centers, summer camps, school camps and stuff like that where we’re actually having to shut down the entire program for at least a week because there are multiple kids that are coming back infected with this.”

COVID-19 cases have increased across San Marcos and Texas, spurred by the Delta variant. Hays County has seen active coronavirus cases increase more than 10 fold since the beginning of July. In six weeks, the county has seen its active count rise from 177 on July 2 to 2,219 on Friday, according to the Hays County Local Health Department. There are 49 Hays County citizens hospitalized by the coronavirus as of Thursday — 41  who were unvaccinated and eight who were fully vaccinated, per the local health department.

Across the state, there are 11,261 Texans hospitalized by COVID-19, according to the Texas Department of State Health Services. There are an estimated 185,620 active COVID-19 cases in Texas.

Prior to making a decision on the mask mandate, the board convened in closed session to receive legal counsel. After reconvening in open session, Trustee Miguel Arredondo made a motion to approve the mandate with a second from Trustee Mayra Mejia.

During discussion, Trustee Kathy Hansen had several questions regarding the possible mandate.

She asked how many employees and students were vaccinated against COVID-19. SMCISD Director of Safety and Health Services Doug Wozniak said he estimated that approximately 70% of employees were fully vaccinated prior to the summer. He added that an estimated 30% of SMCISD students who are eligible to receive a COVID-19 vaccine have been inoculated.

Wozniak later clarified the district’s safety policies planned for the beginning of the 2021-22 school year. He said all of SMCISD’s sanitation practices will still be in place as well as social distancing and temperature checks. The district will also provide students with masks.

Hansen also asked what the financial impact would be with the board’s decision.

“We can’t measure the impact of lost students until we know who they are, their characteristics and the programs that they’re involved in,” said James Barton, SMCISD assistant superintendent of business and support services. “So at this time until we know what students may not enroll or attend our school district because of this decision, we can’t put a dollar figure on it.”

Hansen also questioned how long the policy would be in place. She suggested it come to the board every month, but Arredondo amended his motion to put the mandate in place until January 2022.

Following an over 15 minute discussion, the trustees approved the mask mandate with Hansen as the sole no vote.