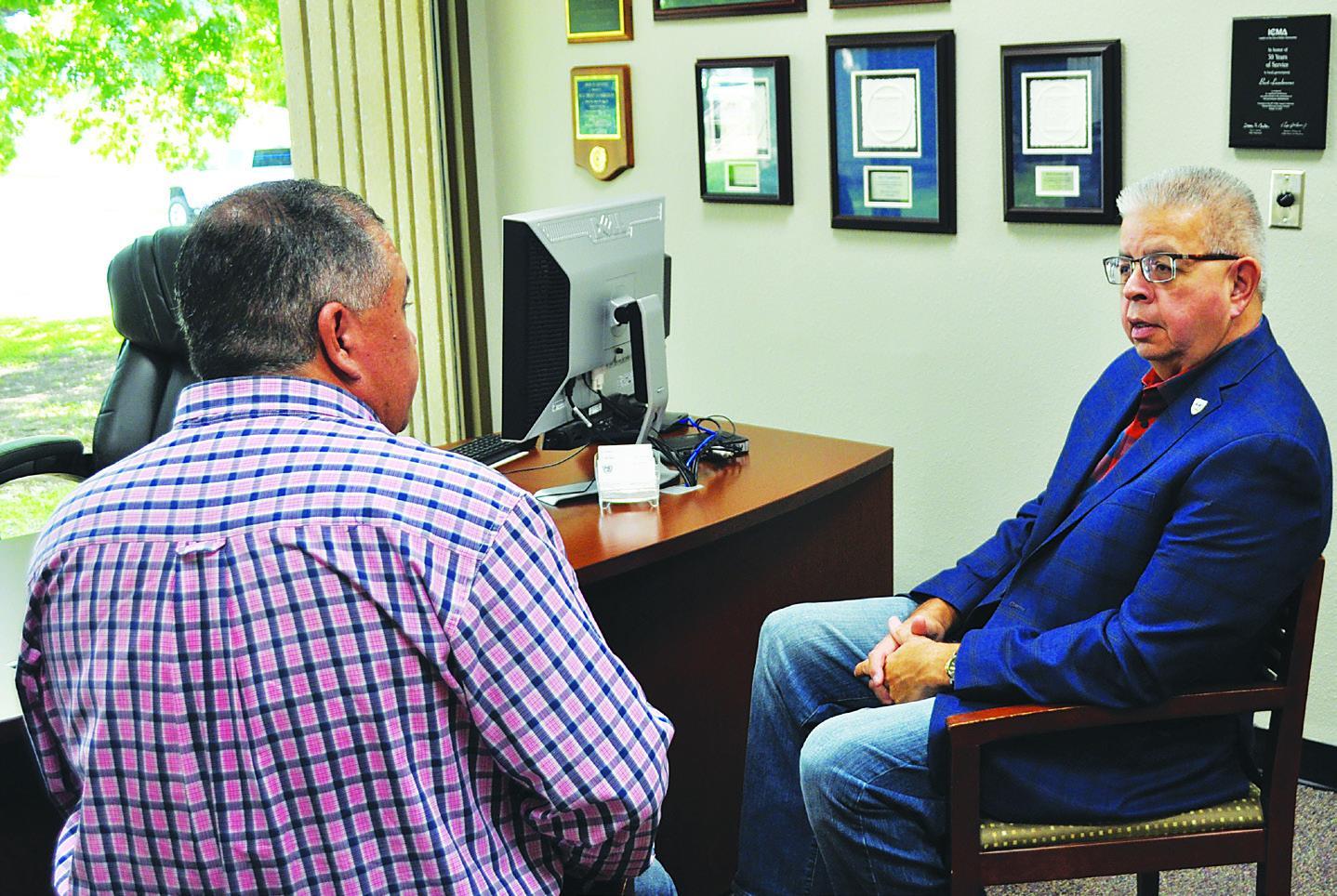 Lumbreras informed the San Marcos City Council on Tuesday of his intent to retire from the position. In a letter to Mayor Jane Hughson and the city council, Lumbreras stated that he’d been planning his retirement for almost two years, “with goal to leave when I am ready to begin my next adventure and a decision strictly driven by when I was able to take this important step in my life.”

“This is all I have done, have always wanted to do, have had fun doing it, but it is now time for me to do extensive traveling, take on new hobbies and volunteer,” Lumbreras wrote. “I look forward to spending time with my three grandsons and one granddaughter, three of the best kids any dad could have, and, above all, my best friend and wonderful wife of 38 years who has been by my side every step of the way.”

Lumbreras, a graduate of then-Southwest Texas State University who interned at city hall during his time in college, arrived back in San Marcos after serving as an assistant city manager for the City of Austin. He was one of 55 applicants from 21 states who applied for the position. Lumbreras was eventually selected as the sole finalist and the city council approved his appointment as city manager on July 18, 2017. He officially started as city manager on Aug. 14, 2017.

In his letter to the mayor and city council, Lumbreras said he was “extremely proud” of the work accomplished during his time. He highlighted that the focus during his four-year tenure has been on a “major rebuild, attention to core service needs, tackle long overdue and tough problems, building a critical leadership and organizational team, allowing rock stars to shine, develop new organizational values, and culture, formulating new and diverse initiatives, make changes to processes and in a variety of areas, a new vision for our bright future.”

“It is interesting as the leave, to note I began my career with the City of San Marcos as an intern during my senior year at Southwest Texas State University,” Lumbreras wrote. “It is only befitting I finish out my career 40 years later in a city we have loved for many years and home of my alma mater.”