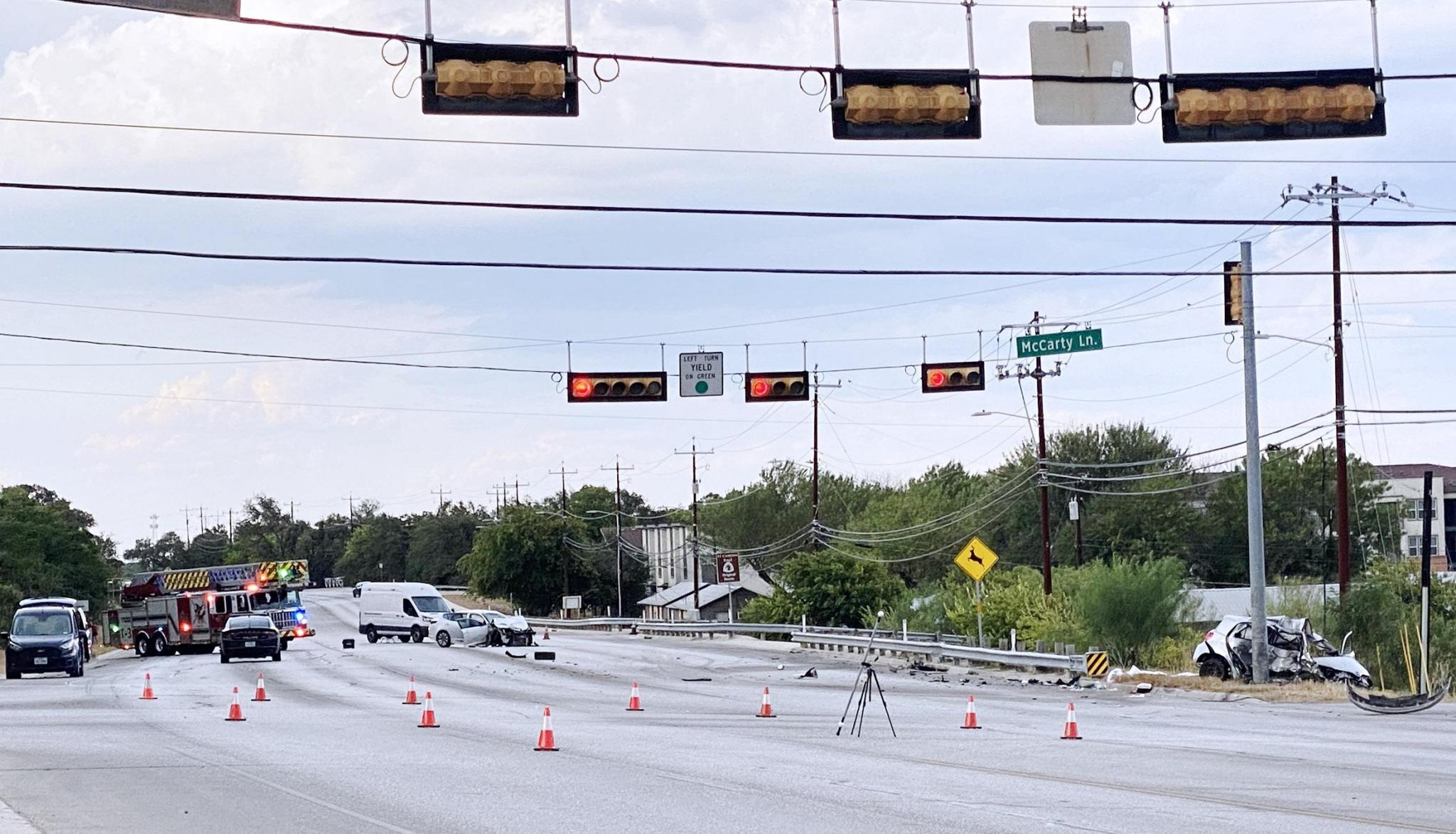 Above, a two-vehicle collision claimed the life of a San Marcos woman. Daily Record photo by Nick Castillo

A San Marcos woman was killed in a two-vehicle collision on Thursday.

The San Marcos Police Department responded to a major crash involving a White Kia and a silver Toyota Scion at the intersection of McCarty Lane and Hunter Road at approximately 4:45 p.m. on Thursday.

San Marcos police said a preliminary investigation determined the Kia was driving inbound on Hunter Road, while the Toyota was traveling outbound when it attempted to turn left onto McCarty Lane when the crash occurred.

Police said first responders attempted CPR on Payne at the scene but lifesaving efforts were unsuccessful. Payne was pronounced dead at the scene by Hays County Justice of the Peace Maggie Moreno. Officials said next of kin have been notified.

The initial investigation indicates Peña was driving while intoxicated, police said. Peña was transported to Ascension Seton Hays in Kyle for medical treatment. Criminal charges are pending against Peña.