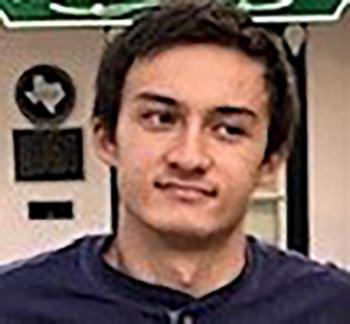 Search ends for missing TXST student after body was found

The search for a missing Texas State student ended after a body believed to be his was found, according to Texas EquuSearch.

Harper Garlitos, 21, was last seen near the Target (700 Barnes Dr.) and Academy Sports + Outdoors (550 Barnes Dr.) on May 9, according to San Marcos Police Department detectives.

According to SMPD officials, a resident reported that Gariltos’ vehicle was parked near the La Cima subdivision on Tuesday. With assistance from Texas Search and Rescue, SMPD searched the undeveloped area nearby and discovered a body, officials said.

Identification is pending the medical examiner’s determination, SMPD said. Officials believe foul play is not suspected based on evidence found at the scene.

Texas State University expressed its “deepest sympathies” to his family.

“The Texas State University community is deeply saddened to hear of the death of Harper Garlitos,” the university said in a statement

“It’s going to be hard,” Sandlin said. “It’s going to take all of us. I fought the battle alongside Harper his entire life. This can’t be in vain. His precious life can’t have been for not. We have to do better … Please continue those prayers for all the young people who are struggling to live with autism and mental illness. They need us with them.”