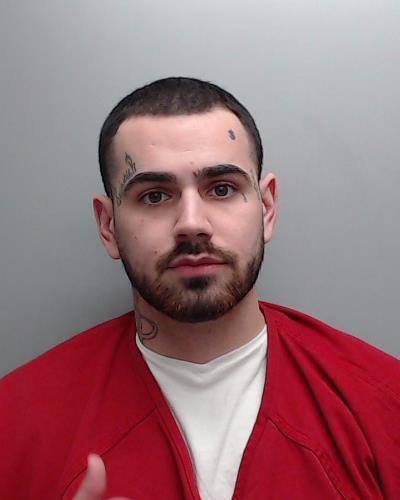 A Hays County District Court sentenced a South Texas man to life in prison without parole for committing capital murder in 2017.

Kyle Sample, 24, of Three Rivers, was sentenced to life in prison without parole on Thursday for the capital murder of Ryan Kincaid during an attempted robbery that occurred on June 19, 2017 in San Marcos.

The San Marcos Police Department responded to the Laundry Basket laundromat at 1525 Aquarena Springs Dr. after multiple 911 callers reported that a person had been shot in the parking lot in June 2017. Officials said SMPD officers and EMTs arrived on the scene and attempted to save Kincaid’s life but he was later pronounced dead on the scene. Officials stated Kincaid was shot once in the chest. Witnesses at the scene described seeing two potential assailants with the shooter fleeing on foot and an accomplice driving away in a vehicle, officials added.

Police later discovered the vehicle in question in a nearby parking lot across the street. The vehicle was registered to Kincaid, officials said. Police and detectives searched the area and SMPD Detective Patrick Aubry located the two suspects at the nearby Motel 8.

Kyle Randall Sample later confessed to traveling from Three Rivers to San Marcos with a 15-year-old juvenile accomplice. Sample and his accomplice staged a robbery, where the juvenile contacted Kincaid and offered to purchase marijuana from him. When Kincaid arrived, the juvenile entered Kincaid’s vehicle, officials said, adding that Sample then approached the vehicle while brandishing a .45-caliber revolver.

Officials stated that Sample shot Kincaid once in the chest while he was attempting to defend himself. The juvenile drove Kincaid’s vehicle away from the scene and Sample fled on foot.

SMPD detective Michael Casillas and other investigators were able to corroborate Sample’s confession and the other witnesses’ statements with electronic extractions of the suspects’ and victim’s cell phones, officials said.

A jury found Sample guilty of murdering Kincaid during the course of a robbery. The prosecution did not seek the death penalty, making life without parole automatic. Judge Bruce Boyer of the 22nd Judicial District Court pronounced the sentence immediately following the guilty verdict.