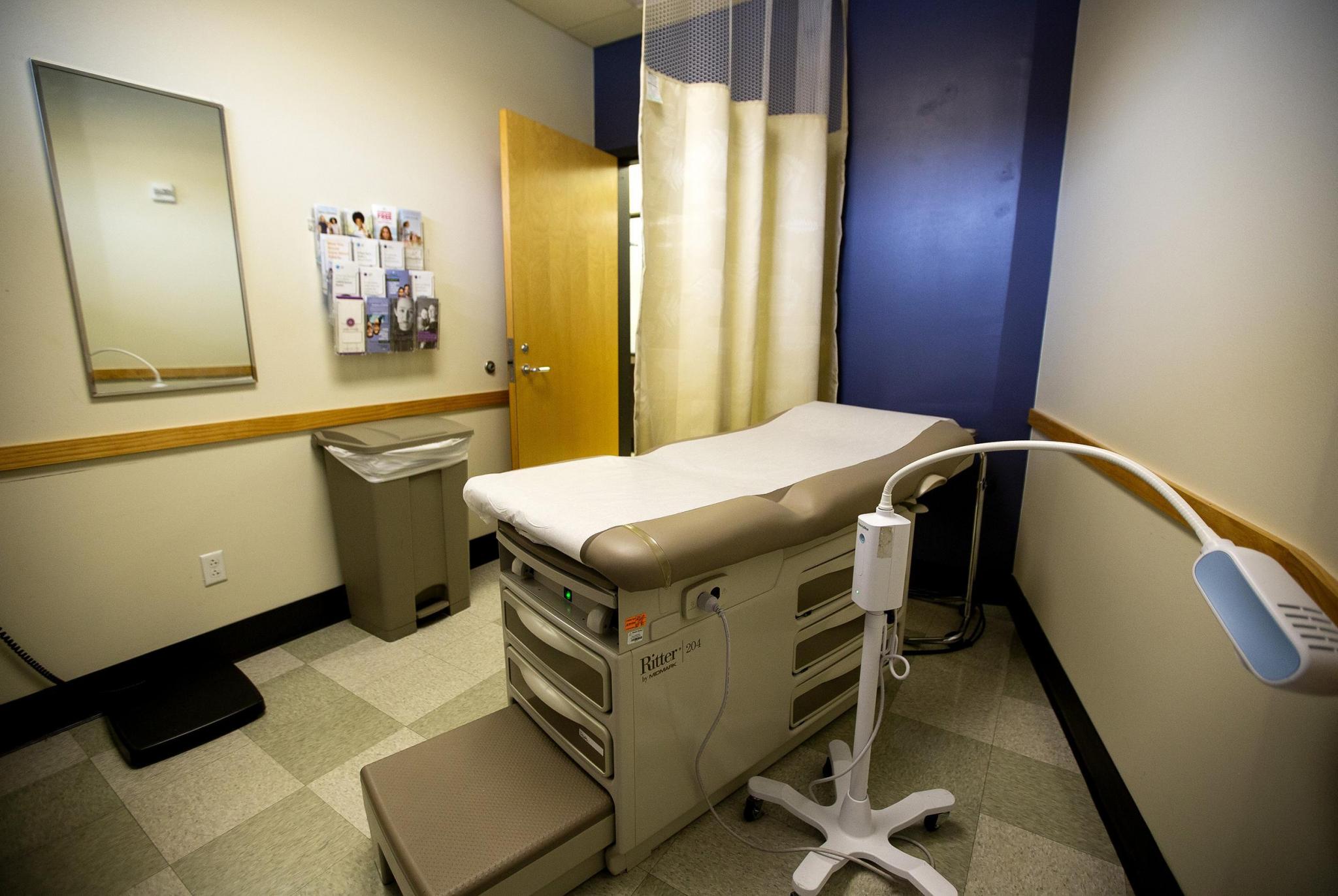 Thu, 08/19/2021 - 11:04am
The ruling is yet another blow to reproductive rights advocates after Texas passed a law this year that goes into effect Sept. 1 banning abortions as early as six weeks. That law is also currently being challenged in court.
@TexasTribune
SHANNON NAJMABADI | The Texas Tribune
Thursday, August 19, 2021

Texas can limit access to the most common procedure used to end a pregnancy in the second trimester, an appeals court ruled Wednesday, in a decision likely to end up before the U.S. Supreme Court. The ruling paves the way for Texas to be the first state in the nation to impose such a ban.

At issue is a law passed by the Texas Legislature in 2017 that requires doctors to stop the heart, or cause what they called "fetal demise,” before the commonly used dilation and evacuation abortion procedure — except in the case of a medical emergency. Those who violate the law can face fines or jail time.

Lawyers representing abortion clinics who sued the state say there is no way to ensure such “fetal demise,” and that at least three providers would cease to perform dilation and evacuation abortions if the measure were upheld.

The Texas law has never gone into effect. It was struck down by a district judge in Austin and by a three-judge panel on the politically conservative 5th U.S. Circuit Court of Appeals last October. The 17-member court later decided to rehear the case before all its judges.

The ruling is yet another blow to reproductive rights advocates after Texas passed a law this year that goes into effect Sept. 1 banning abortions as early as six weeks. That law is also currently being challenged in court.

“This ban is about cutting off abortion access, and nothing else,” said Amy Hagstrom Miller, president of Whole Woman’s Health. “It should never be a crime for doctors to use their best medical judgment and follow the most current science. Texans deserve the best care available, and this law prevents that.”

At a one-day hearing in January, a lawyer representing the abortion clinics faced a barrage of questions from the judges, one of whom compared the dilation and evacuation procedure to being drawn and quartered and to dissecting a frog in high school.

Doctors use surgical instruments to remove pieces of fetal tissue during a dilation and evacuation abortion. The American College of Obstetricians and Gynecologists has said the procedure is the “medically preferred” method because it results in the fewest complications for women in the second trimester, and that fetuses cannot feel pain until 24 weeks.

Texas lawmakers refer to the procedure as “dismemberment abortions,” a non-medical term. A lawyer for the state said the fetus is “pain capable” and that the restriction is not a ban but a requirement to “kill the unborn child in a more humane way.”

The 2017 lawsuit was brought by the Center for Reproductive Rights and Planned Parenthood on behalf of Whole Woman's Health and other abortion providers in the state, who have said the “fetal demise” requirement was medically unnecessary and could lead them to “essentially experiment” on patients.

The methods proposed to cause “fetal demise” are “invasive” — sometimes involving a 3- to 4-inch needle inserted through the abdomen or cervix, said Molly Duane, an attorney with the Center for Reproductive Rights. They can pose health risks to patients seeking abortions, like infection, uterine perforation, cardiac arrest or an extramural delivery, which is giving birth outside a child-birth facility, she said.

Abortion providers can use suction to remove a fetus up to 17 weeks after the woman’s last menstrual period; a lawyer for the state said this could cause “fetal demise” but Duane disagreed. The state also argued clinics have used a chemical called digoxin to stop a fetus’ heart, and that abortion providers have said it could make the procedure safer in consent forms that were revised shortly before the lawsuit began.

Duane said providers used the injection “because they think it is appropriate for their patients at these gestations” but that digoxin failed to cause “fetal demise” in some 5% to 10% of cases. Citing the district court’s ruling, Duane said physicians can’t know if the fetus’ heart was stopped until after the procedure has started “at which point it is simply too late to turn back.” No method of causing “fetal demise” works in every case, she said, leaving abortion providers vulnerable to criminal penalties or imprisonment under the Texas law.

Most abortions are banned in Texas 22 weeks after a woman’s last menstrual period. The woman must have an ultrasound 24 hours before getting an abortion, and the doctor has to describe the sonogram, make audible any heartbeat and provide informational materials. Under the Texas law, women might need to have the digoxin injection 24 hours before the abortion, requiring an extra trip to the clinic.

Disclosure: Planned Parenthood has been a financial supporter of The Texas Tribune, a nonprofit, nonpartisan news organization that is funded in part by donations from members, foundations and corporate sponsors. Financial supporters play no role in the Tribune's journalism. Find a complete list of them here.

This article originally appeared in The Texas Tribune at https://www.texastribune.org/2021/08/18/texas-abortion-dilation-evacuation-ban/.