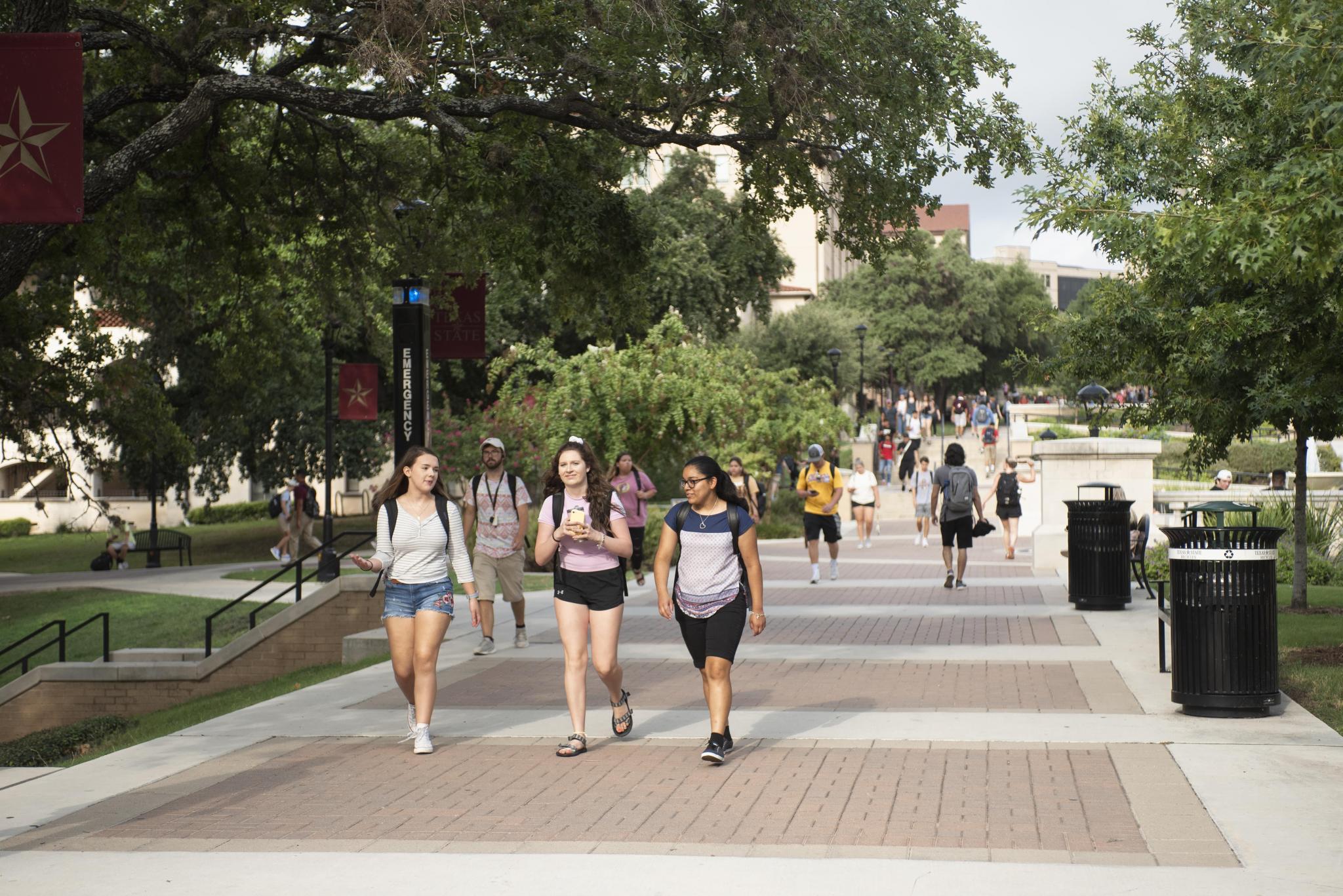 TXST publicly launched its “NEXT IS NOW” campaign Friday, which it said was in a silent phase since 2014. The university’s new fundraising effort already amassed $172 million contributed by over 40,000 donors and has increased its endowment from $165 to $300 million during the silent period.

“Texas State has come a long way in the past decade, and we're excited about what comes next," University President Denise Trauth said. “Our top priority remains fundraising for undergraduate scholarships and graduate fellowships that bring a Texas State education within reach of brilliant students. NEXT IS NOW is also laser focused on moving the university closer to our goal of becoming a Tier 1 research institution which brings tangible benefits to our students and to the state of Texas.

“Research creates new knowledge with the power to solve real-world problems,” Trauth added. “By recruiting outstanding faculty, we are elevating the university’s academic rigor and giving our students an exemplary education. Our donors are partners in these efforts, equipping Texas State to break new ground.”

Texas State said the silent phase’s impact included raising over $90 million for student scholarships and graduate fellowships, and enrichment programs, which includes study abroad and mentorships. The university was also able to fund 11 endowed faculty positions, generated $62 million for the university research enterprise, dedicated $10 million facilities and programs for student athletes, and invested $26.9 million for renovations and construction of nine facilities on its San Marcos and Round Rock campuses.

The university said research and development expenditures at Texas State have increased by 111%, which puts in the top quartile nationally. TXST is a Carnegie classified research university at the R2 level and is currently among eight Emerging Research Universities in Texas.

Texas State said top NEXT IS NOW campaign priorities include adding undergraduate student scholarships and graduate fellowships, and enhancing student programing and support. The university also said it will prioritize constructing a new music building with space for 600 students and over 60 faculty members to accommodate the growing School of Music. Renovations for The Meadows Center for Water and the Environment will also be prioritized, which will include capability enhancements to study the impact of climate change. Texas State also said it would prioritize additional equipment for Health Professions programs on the Round Rock Campus. The university has also made plans to expand practice and training facilities for student-athletes.

“Texas State attracts hard working, creative, daring, and determined students. They are the present and future face of Texas,” Trauth said. “We are not just fundraising for an institution. We are rallying support for the people who call Texas State home — the promising students, the inspiring faculty, the innovative researchers, the competitive student-athletes, and so many more.”