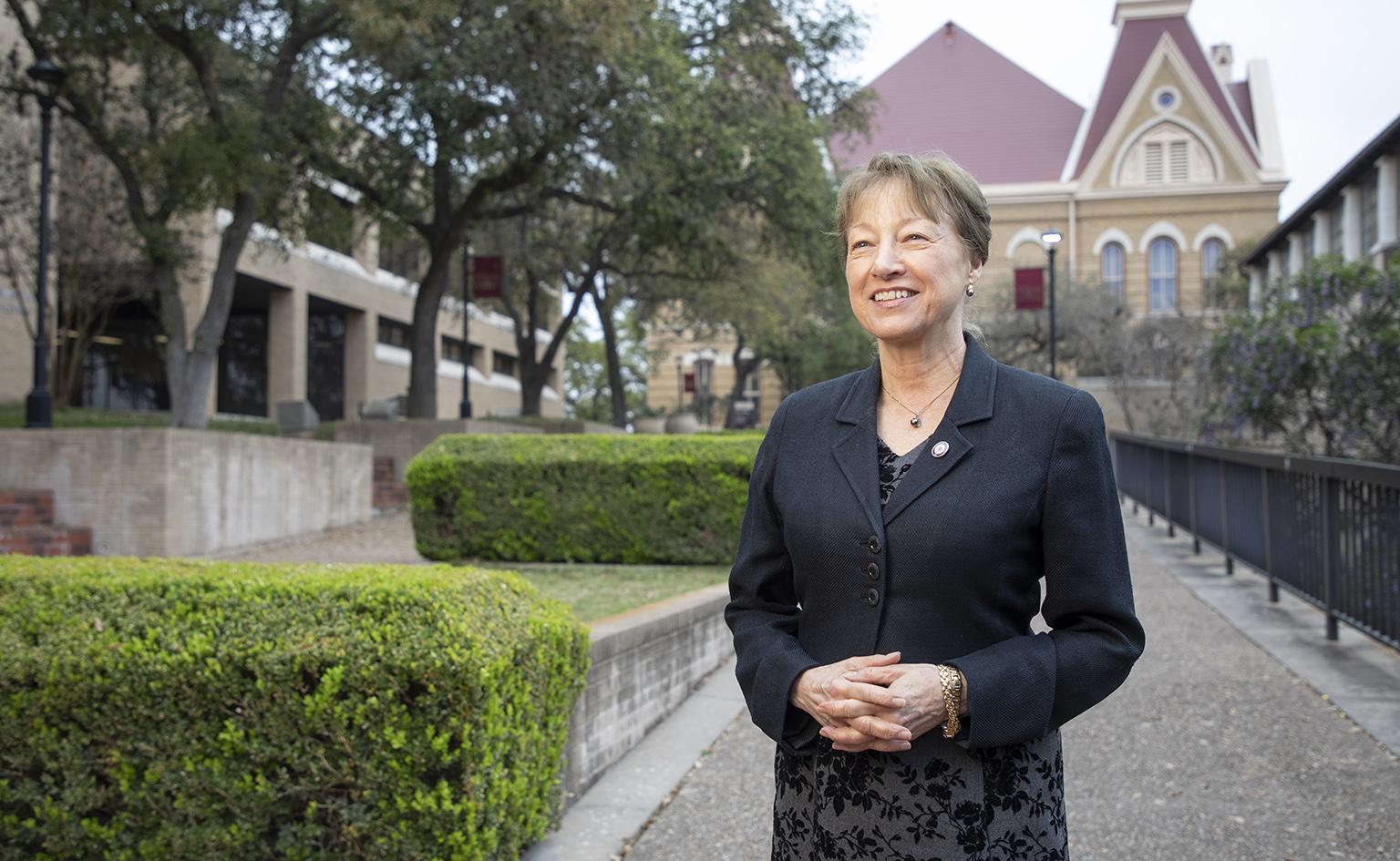 Trauth became the university’s president in 2002. Her retirement is effective May 31, 2022.

"After almost 20 wonderful years in this position, I have decided it is time to move on to the next chapter of my life," Trauth wrote in an email to Texas State students, faculty, and staff. “There are no adequate words to describe the affection I have for Texas State and the first-rate people I have met and worked with here.

“Together, we have set our university on an incredible trajectory that will continue to serve our students, our community, and our state well into the future. I am proud of you; I am proud of us; and I am extremely proud of what we have accomplished together,” Trauth wrote.

Prior to her time at Texas State, Trauth served as the provost and vice chancellor for academic affairs at the University of North Carolina at Charlotte.

Texas State was designated a Texas Emerging Research University, reclassified as an “R2: Doctoral University – Higher Research Activity,” and has become a federal Hispanic-Serving institution during Trauth’s tenure as president. Texas State also experienced its largest construction program since being founded in 1899. The university’s academic programs, funding of research and philanthropic giving have expanded during Trauth’s time as president.

“President Denise Trauth leaves an extraordinary legacy that will benefit Texas State University and its students for years to come,” Texas State University System Chancellor Brian McCall said. During her 20 years as president, she has overseen an era of unprecedented growth, expanded and improved two campuses, elevated the university’s research status, and led its evolution from a regional institution to one of statewide and national prominence. Texas State University is a better place to learn, teach, and work because of her service, drive and vision."

Trauth is a member of the Federal Reserve Bank of Dallas’ San Antonio Branch board of directors alongside her responsibilities at Texas State. She’s a member and former president of the Austin Area Research Organization, member of the Philosophical Society of Texas, and is the former President of the Greater San Marcos Partnership. She previously served on the American Council on Education’s Commission on Women in Higher Education, served as the Chair of the NCAA Division I Board of Directors and as an NCAA Division I Board representative to the NCAA Board of Governors.

Trauth also recently appointed Don Coryell to succeed Teis as the school’s next Director of Athletics. Coryell, Texas State’s Associate Athletics Director for External Operations of the past 17 years, will begin in his new role on Sept. 1.

President Trauth has received several prestigious awards, including the Ohtli Award from the government of Mexico, the Carol A. Luthman Meritorious Service Award from the Southern Association of Colleges and Schools, the Austin Business Journal’s Women of Influence Special Achievement Award, the Girl Scouts’ Women of Distinction Award, the "Respect" Award for the First Tee Greater Austin 9 Core Values Awards, and the Greater Austin Chamber of Commerce State of Education Austin Human Capital Award.