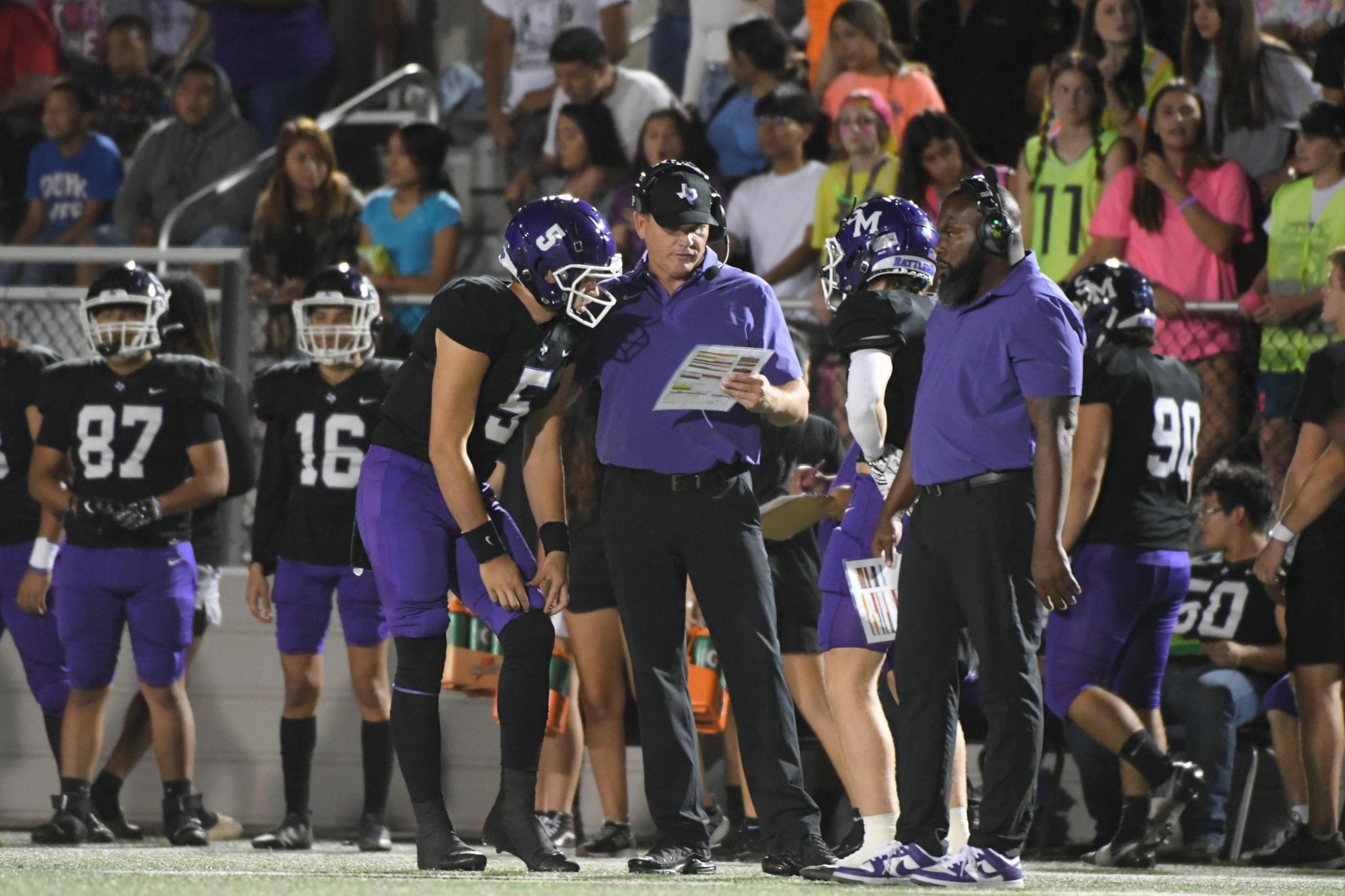 San Marcos High School’s varsity football program has been banned from postseason play for the 2023-24 season.

“[San Marcos Consolidated ISD] is disheartened by the fact that the student athletes competing on next year’s football team will be the most affected,” the school district said in a statement following Tuesday’s UIL SEC meeting. “They deserve every right to compete at the highest level offered by the UIL and it is unfortunate that this opportunity is being taken away from them. The SMCISD Board of Trustees will be meeting on October 27, 2022, to review the matter and determine the course of action.”

The 12 students transferred from different districts throughout the area, including Canyon Lake, Comal ISD, Converse Judson and San Antonio Wagner.

Eleven of the students played on the same AAU football team, the Texas Seminoles. The DEC alleged that Earl Anderson, a San Marcos Consolidated ISD employee who was a parent with a child who played on the Texas Seminoles, was the main recruiter. The DEC also claimed Anderson was a volunteer coach with San Marcos High School. Walsh, however, informed the DEC and SEC that Anderson was not a volunteer coach.

Anderson received a public reprimand during an Oct. 3 meeting before the UIL SEC. No further official action was taken against Anderson by the state executive committee during Tuesday’s meeting regarding the alleged recruiting violations.

Vallejo received his two-year coaching ban on Tuesday for allegedly recruiting a student from the New Braunfels area. According to testimony, Vallejo engaged in a conversation with a woman who he looked to engage in a relationship with. Vallejo made the recruiting conversation as small talk with the student, according to documents obtained by the Daily Record. The child, however, never enrolled at SMCISD.

Vallejo was suspended from 365 days from all athletics by SMCISD. “Importantly, the investigation into the allegations against Mr. Vallejo did not yield any evidence of Mr. Vallejo communicating with any other parent or student and provided no evidence of recruiting anyone else,” documents sent from SMCISD’s legal counsel to UIL SEC Chair Michael Motheral and state executive committee.

“Any type of recruitment is just, it’s wrong,” Motheral said during Tuesday’s meeting. “For me, there needs to be a consequence coming from this group for [Vallejo].”

Motheral stated that there was no link between Walsh and SMCISD recruiting but the state executive committee handed Walsh a five-game suspension for concerns regarding program oversight.

All 12 student-athletes at San Marcos High School were ruled ineligible for three years after they appealed their varsity eligibility status to the UIL SEC during two separate meetings in October. The student-athletes would be eligible at the schools they are appropriately zoned to attend.

Although San Marcos is banned from postseason play in 2023, the Rattlers are eligible for the playoffs this season. San Marcos’ season continues Friday against New Braunfels inside San Marcos Toyota Rattler Stadium at 7:30 p.m.