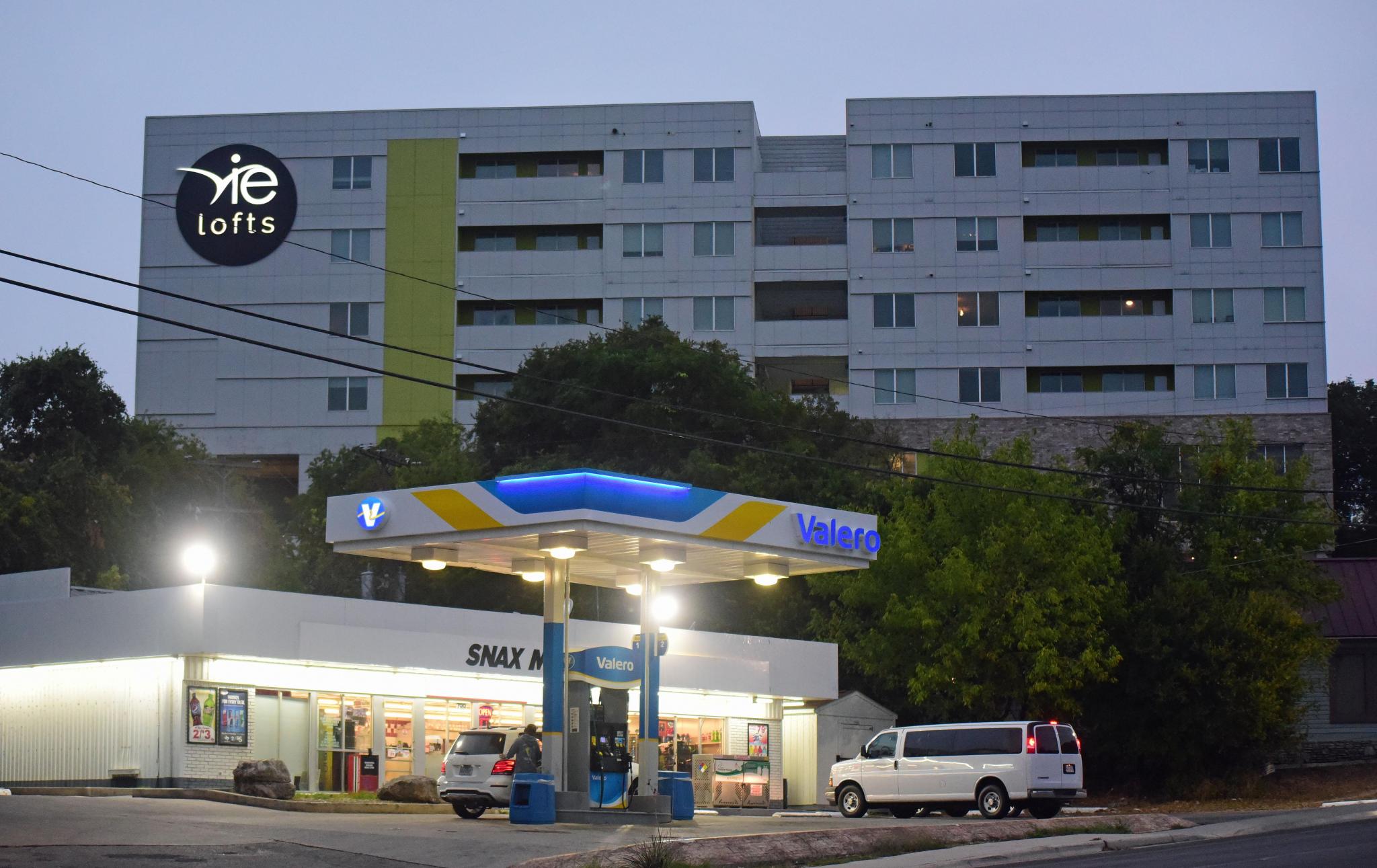 One hundred sixty-two residents of Vie Lofts have been displaced after the building was deemed unsafe to live in by the San Marcos Fire Marshal.

Fire Marshal Kelly Kistner issued a mandatory evacuation order for residents of the apartment building located at 817 Chestnut St. on Friday in response to safety concerns about building stability and means of egress.

“Resident safety is of utmost importance when evaluating a structure of this type,” Kistner said in a statement. “We appreciate the cooperation of residents and their families as we address these life safety issues.”

San Marcos Fire Chief Les Stephens said the fire department was called to the apartment complex Friday after they were made aware of issues with a stairwell, which rendered it unusable by occupants as a means of emergency egress. Stephens said they discovered a second stairwell that was unable to be used as well.

“Out of an abundance of caution, we’ve worked with the owners here to coordinate an orderly withdraw and evacuation of the building,” Stephens said at a press conference Friday night. “... We do understand this places a significant burden on the residents to have to withdraw from their residence, and we hate to do that. But out of an abundance, we think this is what is best because we’re not able to take care of and protect those stairwells with the way the building in the condition it is in currently.”

Vie Lofts, which has undergone numerous name changes and was previously Ella Lofts, has been mired in controversy since its development.

Originally constructed as Chestnut Street Lofts and then Eight17 Lofts, the building was abandoned after multiple failed building inspections and stood empty until Atlanta-based investment firm Stonemont Financial Group bought the complex in September 2015 to complete construction of the 252-bed student apartment.

Ella Lofts was originally scheduled to open in the Fall of 2016 but failed to do so, leaving residence without housing for a stretch of time. The mishap influenced changes made by the San Marcos City Council in 2017. The Council approved an ordinance that requires landlords and developers of student housing to accommodate students if housing units are not completed in time.

According to the ordinance, building owners must provide tenants who leased units prior to a certificate of occupancy being issued with “temporary alternate, safe, decent and sanitary housing in the city or within 7 miles of the apartments at no additional cost; or of being released from the lease with no financial penalty and deposit reimbursements within 10 days.”

Vie Management purchased the apartment building in May and changed the name to Vie Lofts.

Stephens said in order for the damaged stairwells to be in proper use, it must be a place of safe refuge for residents to attempt to escape a fire.

“The structural integrity of those stairwells has been compromised because of cracks in the (concrete masonry unit), breaks in the CMU, some of them have even collapsed and fallen away,” Stephens said. “On top of that just the structural integrity of the stairwell itself, the actual treads, we’re not sure if they’re unsafe, but out of an abundance we thought this was the best course of action at this time.”

City staff, along with apartment personnel spent Friday going door-to-door to notify residents of the apartment complex of the evacuation.

The evacuation for the 162 occupants at Vie Lofts was issued by the Fire Marshal based on consultation with the City Attorney, Planning & Develop services, Code Compliance and the City Manager’s office.

Residents were encouraged to pack a bag, including any medications, pets and valuables, the City of San Marcos said in a press release.

Apartment management is assisting with alternative lodging for those who need housing, the City said.

Residents of Vie Lofts may visit the San Marcos Police Department Auditorium at 2300 S. Interstate 35 to visit with apartment management on Sunday because the onsite apartment office will be closed.

Kistner said the complex passed fire inspection in the Fall of 2018. But Stephens couldn’t say if it recently passed a building inspection. He said the last building inspection was likely done when the building was first given a certificate of occupancy and he wasn’t aware of any subsequent inspections that were done.

Stephens said there will be a review of the building. He added that he wasn’t sure how the cracks developed causing this evacuation.

“I just know the condition that it’s in currently,” Stephens said. “We felt like it was best to remove the residents, again, for their safety. We just don’t want to take any chance. Again, these are peoples’ kids. As y’all know, we had the issue with the previous apartment fire (Iconic Village) here where we lost five students and we just don’t want a repeat of that.”

The building will remain closed until further notice. Residents may call a recorded hotline at 512-393-8488 for current information or call the apartment management at 737-484-3930.