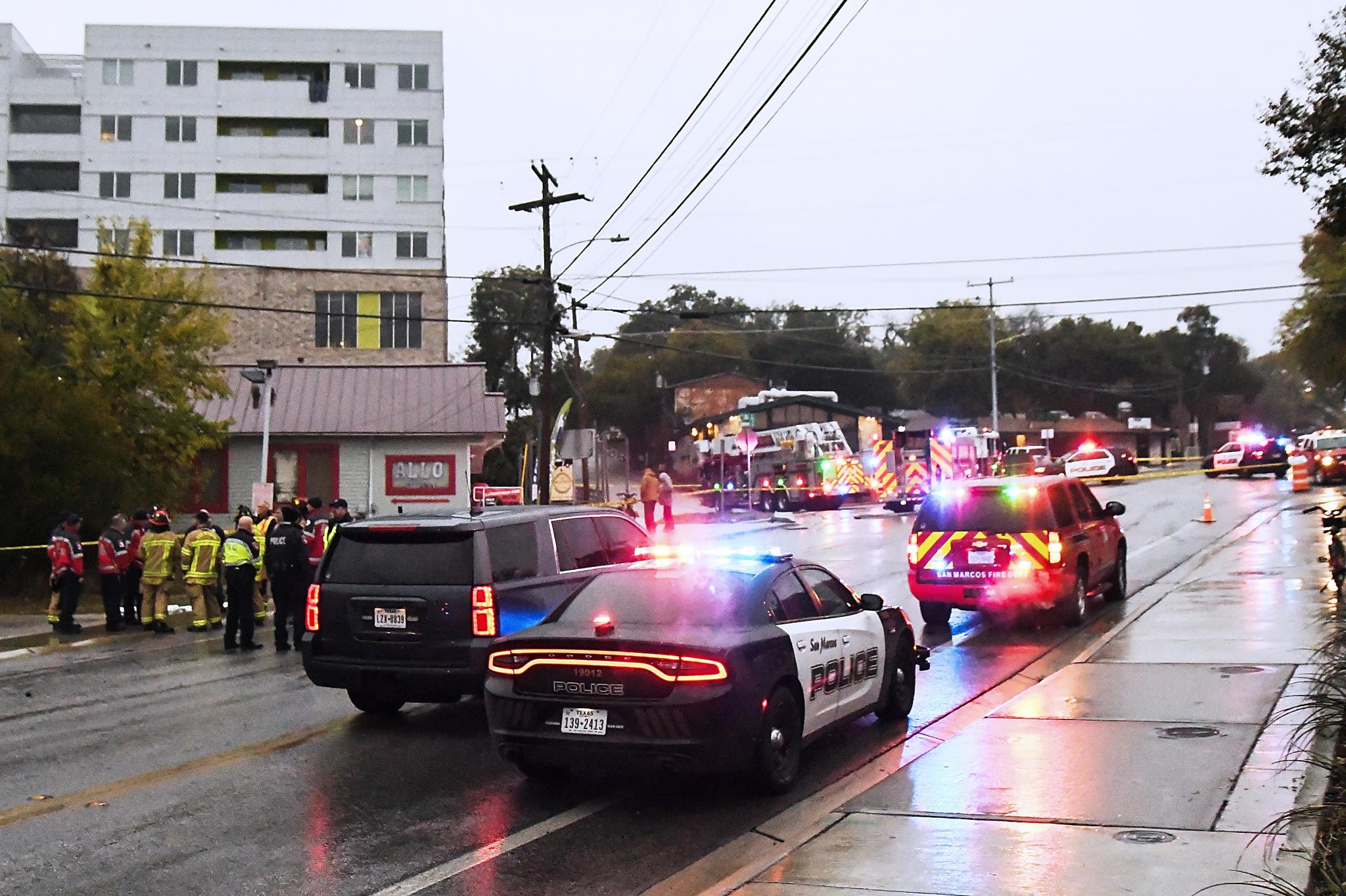 San Marcos Fire Investigators have determined the cause of two explosions that occurred Thursday morning.

The explosions happened at Allo Eatery — 801 Chestnut Street — when a propane gas leak within Rondooley’s Inc. food trailer came into contact with an undetermined ignition source, investigators said. Officials say the second explosion was caused by a separate propane bottles in the are of the first explosion that overheated and exploded.

The first call of an explosion was received around 6:03 a.m on Thursday. Fire units arrived at scene around 6:11 a.m and began fighting a small fire when the second explosion occurred at 6:20 a.m., said San Marcos Fire Chief Les Stephens said.

Several local businesses around the explosions received damage, along with Vie Lofts, which is adjacent from Allo Eatery. The Snax Max gas station, at 799 LBJ Dr., was damaged.  A large window was blown out at Mochas and Javas — 700 N. LBJ Dr. Double Dave’s Pizza Works, which has yet to open its doors for business, had two of its windows shattered because of the blast. Multiple apartment windows at Vie Lofts were damaged. Debris was seen on the LBJ Dr.

“Had anybody been around (the location) when those two major explosions occurred there definitely could’ve been injuries that would’ve resulted, serious injuries and possibly death,” San Marcos Fire Marshal Kelly Kistner said.

Kistner added that at least three other food-related trucks were also damaged.