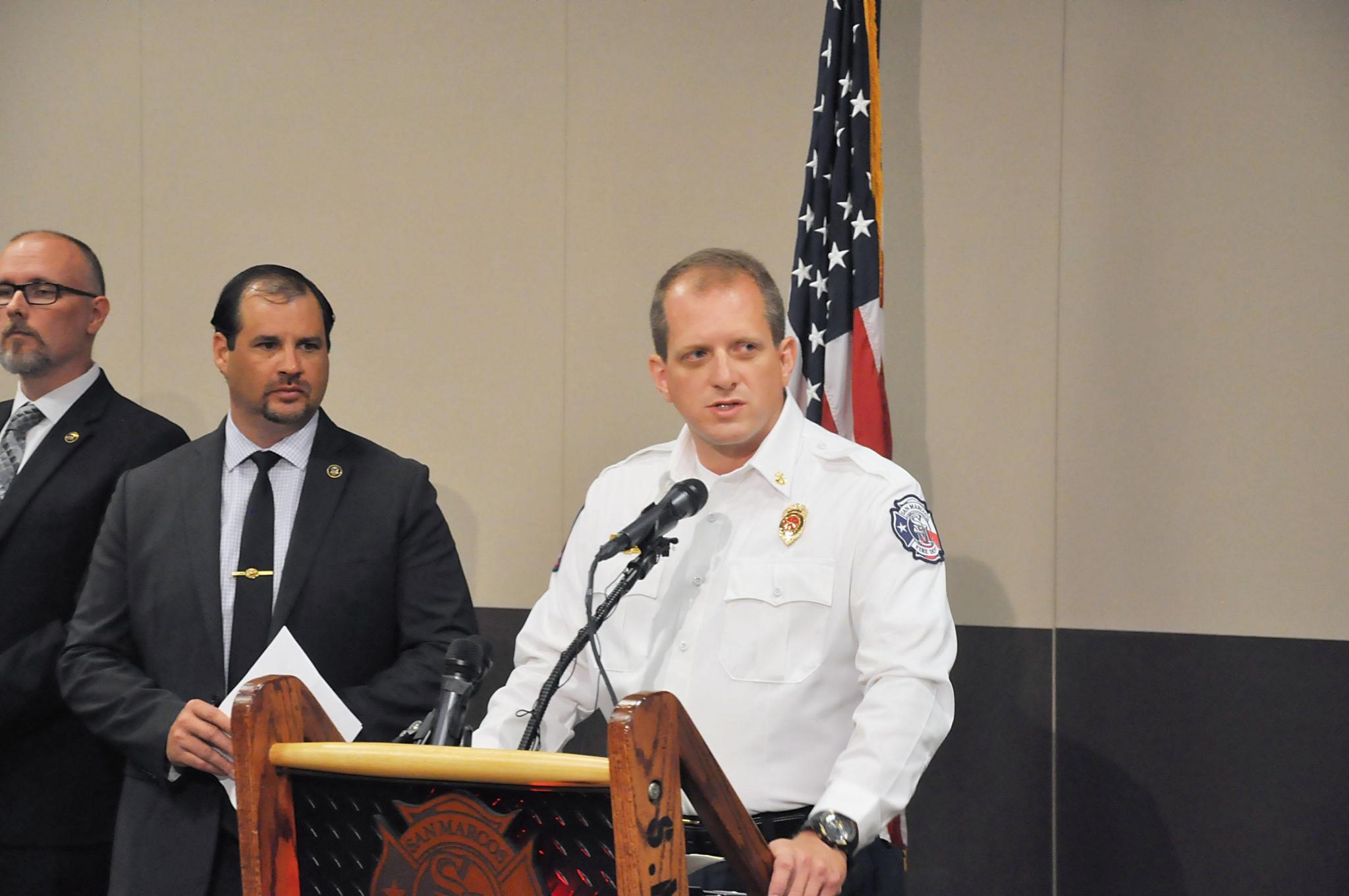 San Marcos Fire Marshal Kelly Kistner announced Friday that the reward for finding the person, or persons, responsible for the Iconic Village fire has increased to $110,000.

Kistner said the increase in the reward is a collaborative effort between the U.S. Bureau of Alcohol, Tobacco, Firearms and Explosive, City of San Marcos, San Marcos Area Chamber of Commerce, the families of Frizzell and Ortiz, and an anonymous donor from within the San Marcos business community.

“We have never stopped on this investigation and we will never stop,” Kistner said. “We will continue to find the answers and that is because we will not forget Haley Frizzell of San Angelo, Dru Estes of San Antonio, Belinda Moats of Big Wells, James Miranda of Mount Pleasant, and we will never forget Zach Satterfield, who's currently in San Antonio and is making an amazing recovery and as an inspiration to all of us every day. So with Drew, Melinda, Haley, David, James, Zach, and all of the others who were injured, along with their families, and this community, we will see this through the end.”

“This money would be available to an individual or individuals who provide information that leads to the identification, or the arrest of an individual to help move this forward,” Weddell said. “I just want to say that at this time, we are one phone call away from having this investigation solved or moved forward.”

Kistner said ATF and the City of San Marcos each donated $25,000. The victims families, including the Frizzell and Ortiz family donated $10,000, the San Marcos Area Chamber of Commerce donated $10,000 and an anonymous donor gave $40,000.

With Friday’s announcement, Kistner pleaded for someone to come forward with information.

“You’re 100% a coward if you set the fire and you haven't come forward,” Kistner said. “You’ve taken the lives of five individuals, you’ve affected their families, you’ve affected the victims. So, what I would tell you is that if you did this it’s time to grow up. It’s time to take responsibility and come forward. If you don’t want to come to us, there’s people who are going to take us to you and we’re going to get you one way or the other.”

Those with any information are asked to call 1-888-ATF-TIPS (283-8477), email ATFTips@atf.gov, or submit tips anonymously using the ReportIt app.