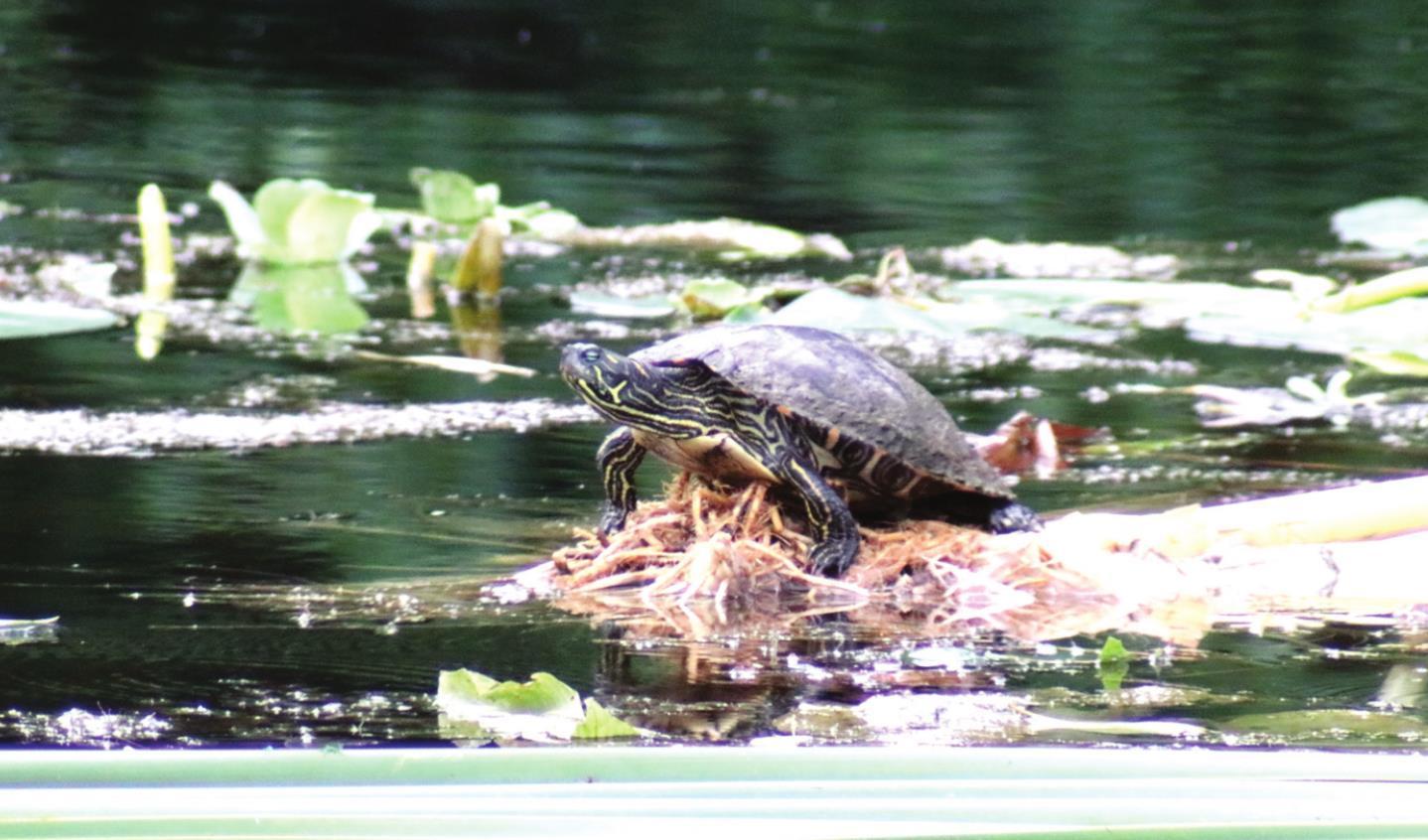 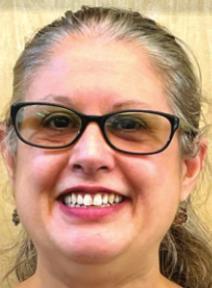 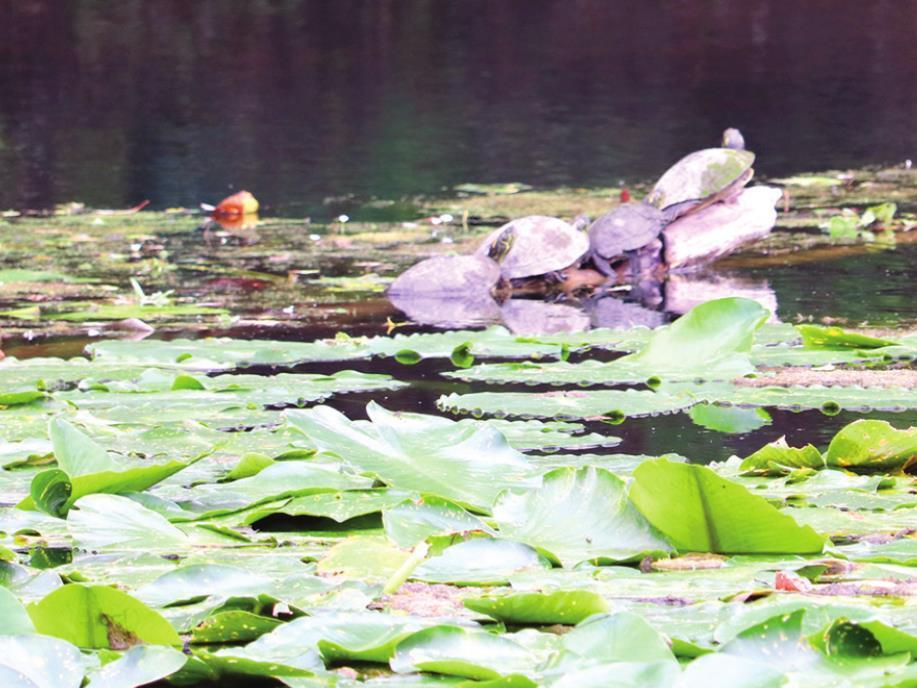 Q. What kind of turtles are there in the San Marcos River?

There are A. many turtle species in the San Marcos River, so I will focus on some of the more common and interesting ones in Texas and in Spring Lake.

First, let’s talk terminology. Turtles, tortoises, and terrapins — what’s the difference? All are reptiles with bony or cartilaginous shells. They belong to the taxonomic order of Testudines, or Chelonii — which comes from the Greek word ‘khelone,’ meaning interlocking shields or armor. Interestingly, their shell — unlike claws, nails, horns, and beaks — contains nerves, so they are quite receptive to feeling through their shells. For example, they can feel the pressure of weight on their shells and will experience pain if their shell is broken or cracked. They are typical reptiles: cold-blooded (ectothermic), have scales, breathe air and lay eggs on land. (What’s the difference) The terms are often used interchangeably, especially depending on the area of the world you are in. What is the difference between a turtle and a tortoise? A turtle is a semi-aquatic animal with webbed feet, while tortoise is a terrestrial animal with clubbed feet, domed shell and generally inhabits warmer regions. For the purposes of this column, we’ll discuss turtles.

What are the common turtles in Texas? Texas has one of the most varied populations of turtles on the North American continent. This is because Texas, in general, has a very diverse geography, topography and geology that contributes to the diversity in the turtle group. (Intro to Texas turtles) The Red eared Slider, accord ing to “Texas Parks & Wildlife,” is the most common aquatic turtle in Texas. You can recognize a Red eared Slider by the red stripes behind their eyes and the way they slide off rocks and logs into the water. Redeared sliders LOVE to sun themselves, so much so that they will crawl on top of each other to be in the sun, thus creating stacks of sliders (Texas Parks & Wildlife). Texas Map turtles are another turtle you might spot in the river. They have light and dark lines that crisscross their heads, arms and legs.

The common snapping turtle is found throughout Texas except from the Trans-Pecos and the South Texas brushlands. It inhabits lakes and streams with lots of plants and is known by a large keel that flattens with age, large head and blunt, protruding snout. The alligator snapping turtle, while more common to the Trinity and Sabine River watersheds, has been sited in the San Marcos River. Both species are carnivorous, eating fish, ducklings and carrion. Alligator snapping turtles are also noted as heavy plant eaters. (Intro to Texas turtles)

According to an article in “Tex Appeal Magazine,” citing glass bottom boat tour guide Christopher Crain from the Meadows Center (formerly Aquarena Springs Amusement Park), about 5,300 species of turtles live in Spring Lake. (Staff, T. A., & KDHDigital) Species such as the Red eared slider, Cagle’s Map Turtle, snapping turtles, common box turtles and the Texas Cooter are all turtles you might see in the San Marcos River.

In the 1960s and 1970s, as part of the Texas Water Safari Festival, San Marcos hosted a Tur tle Derby. Divers competed to catch the most, smallest, and biggest turtles. The turtles were caught by hand, brought in alive to be inspected by judges, then released back into the river. Some turtles were even entered into turtle races. (Gary)