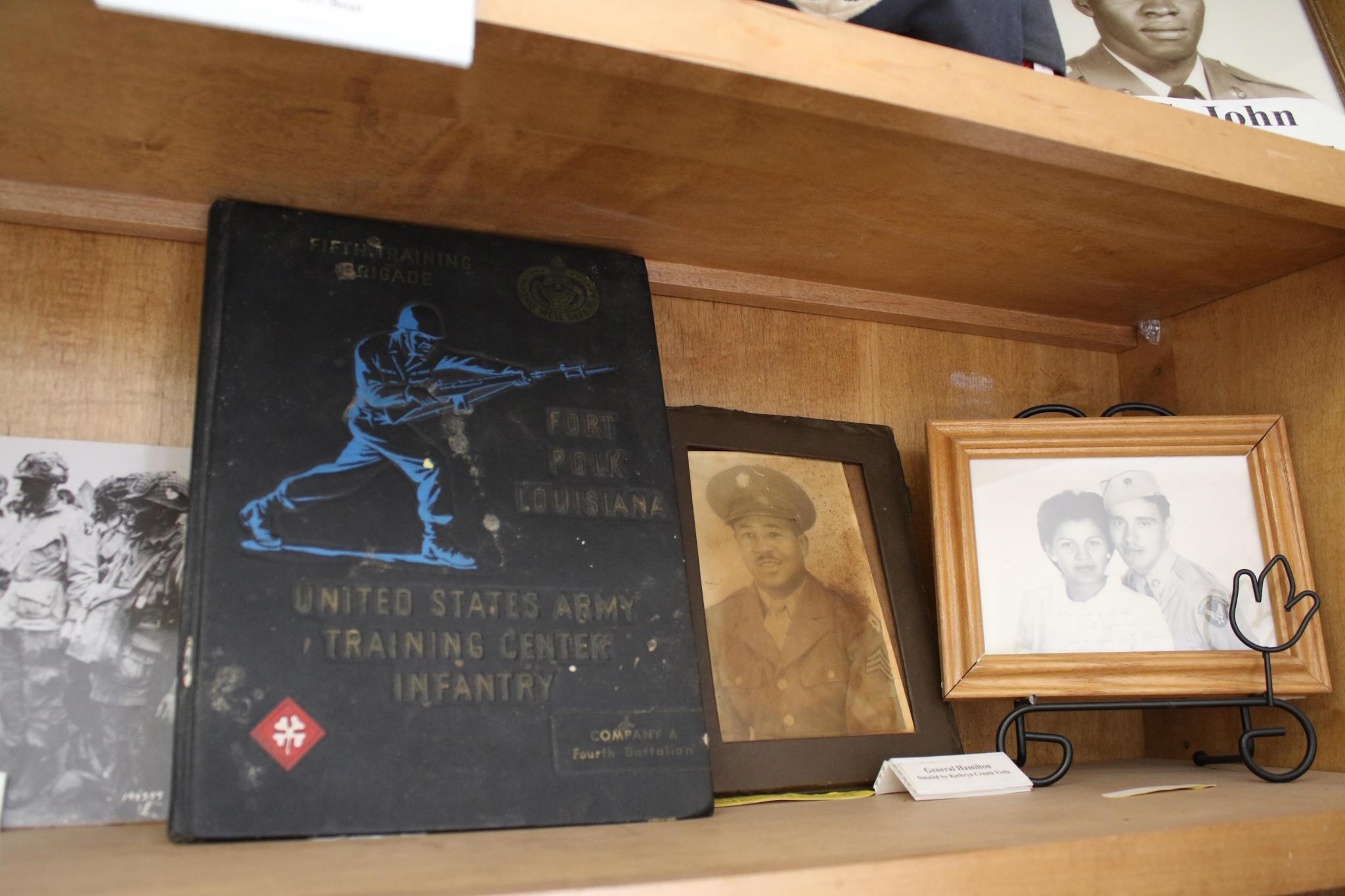 The Dunbar Heritage Association and Calaboose African American History Museum have produced a series of events this February, during Black History Month, that will highlight the cultural and historical contributions of African Americans.

Miller, born in Waco, Texas, on Oct. 12, 1919, was an American sailor in the United States Navy and was the first black American to be awarded the Navy Cross, the third highest honor awarded by the Navy at the time, for his heroic actions during the attack on Pearl Harbor.

On May 27, 1942, Miller was personally recognized by Admiral Chester W. Nimitz, Commander in Chief, Pacific Fleet, aboard the aircraft carrier Enterprise in Pearl Harbor for “distinguished devotion to duty, extraordinary courage and disregard for his own personal safety.”

Nimitz said of Miller's commendation, "This marks the first time in this conflict that such high tribute has been made in the Pacific Fleet to a member of his race and I'm sure that the future will see others similarly honored for brave acts."

Sadly, Miller died in the Battle of Makin on Nov. 24, 1943. The ship he was on was struck in the stern by a torpedo from a Japanese submarine. The aircraft bomb magazine detonated a few moments later, causing the ship to sink in 23 minutes. There were 272 survivors from the crew of over 900, but Miller was among the the crew listed as "presumed dead.” His parents were informed that he was missing in action on Dec. 7, 1943, two years after his heroic actions at Pearl Harbor.

Alex Banbury, of the Calaboose African American History Museum, said this presentation may be a chance for not only the community, but for students to learn about a piece of Black History, and also to learn who Doris Day Middle School was named after and why.

The presentation honoring Miller will be given by his surviving relative LaMarriol Smith. This event is free and open to the public. But the museum does ask that attendees RSVP on the Facebook event page.

The Dunbar Fellowship Choir is hosting a Black History Musical community celebration on Sunday, Feb. 16 at 3:30 p.m.  This musical is a community-wide effort made by various churches from the black community. It will take place at First Baptist Church NBC, 420 Mitchell St.

The Dunbar Heritage Association is hosting a panel discussion entitled “Celebrating Our Hairitage!” on Friday, Feb. 21 from 7- 9 p.m. at the Dunbar Recreation Center, 801 MLK Dr.

Jonafa Banbury, Dunbar Heritage Association secretary, said she saw an opportunity to have an open and honest conversation in the community about the policing of black hair after seeing Texas headlines on the news recently.

“In recent news, we have two Texas teens from the same high school in the Houston area, DeAndre Arnold and Kaden Bradford, both from Barbers Hill High School, have both been suspended from school because of their hairstyles,” Banbury said. “And so there was so much buzz on social media about it, that I thought that during Black History Month, this would be an opportune time to have an open discussion about it and to invite the public to come and talk about the difficulties that black people have faced in this country since we've been a country.”

Banbury said the policing of black hair is nothing new. It’s actually quite historical with laws on the books going back to the 1700s — and before — like the Tignon Laws of Louisiana that forced Black women to wear head wraps because their elaborate hairstyles were considered a threat to the status quo.

In the late 18th century, new economic opportunities led to an increase in free African populations in New Orleans. This was a result of people of African descent having the ability to make money and subsequently buy their freedom. But with the increase in freedom came an increase in interracial relationships, to the dismay of colonial authorities. As a result of that law, black women found creative and beautiful ways to dress their hair with the head wraps.

Banbury said the history of policing black hair goes back even further than that.

“When Africans were brought over as enslaved persons to the United States, one of the first things that would happen to them is they would have their hair shaved. So that's something that was humiliating for them because hair has always been a form of expression in African culture,” Banbury said. “Sometimes your hairstyle can represent what tribe you were from or whether you were married or what status or role you played in your community. So it's always been linked and tied to expression, culture, identity. And I mean, in all honesty, your hair is an extension of your body and who you are. But from the time that Africans were brought over to this country, they were not allowed to have autonomy and agency over their own bodies, which included their hair.”

The panel discussion will feature black women and men who will discuss their experiences, identity and connection to their hair as a way to celebrate how hair can be tied to culture, history and family. They will also have a presenter demonstrate ways to tie headwraps during the event.

This panel discussion is free and open to all members of the community. Those interested in attending can RSVP on the Facebook event page.

In addition to the Doris “Dorie” Miller lecture, the Calaboose will be holding their annual Gala and Fundraiser on Saturday, Feb. 29 5:30-10 p.m. at the San Marcos Activity Center, 501 E. Hopkins St.

The guest speaker will be President of the Austin NAACP Nelson E. Linder and entertainment will be provided by Soul Man Sam and SMS Band. The Crystal River Inn will be catering. There will also be a silent auction.

Tickets are $40 each and can be purchased from Eventbrite. All proceeds goes towards supporting the Calaboose African American History Museum.

This article has been edited since it printed on Friday, Feb. 4, 2020.