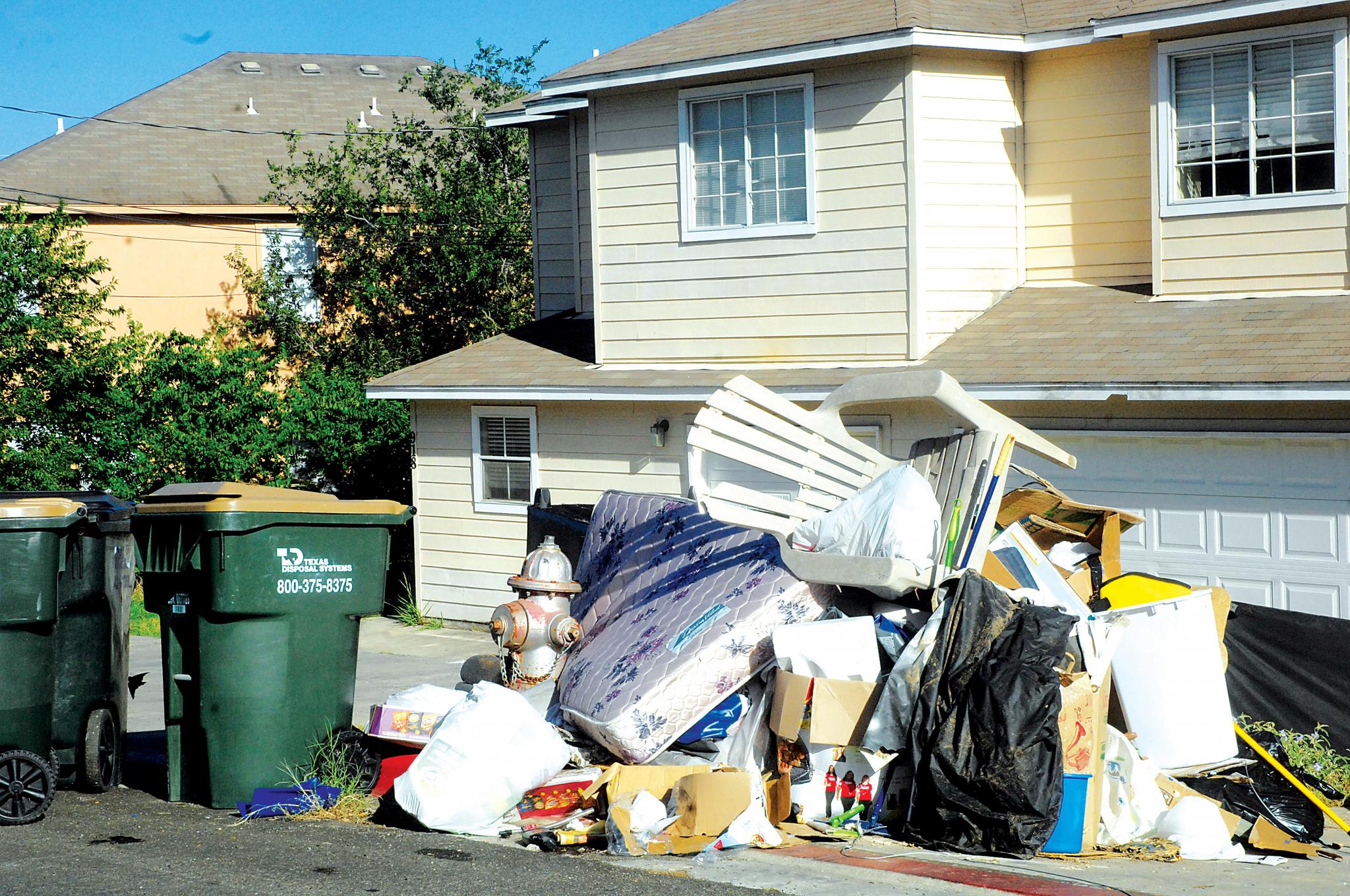 With Texas State University move-out season comes an abundance of household items being piled up in and around apartment dumpsters on curbs throughout the city, like this one on Sagewood Trail in 2016. This year a town and gown program between Texas State and the city are looking to change that. Daily Record file photo

Sun, 07/14/2019 - 12:00am
Town & gown program aimed at curbing waste
Rachel Sonnier
Features Editor
@rachelcantweet
rwillis@sanmarcosrecord.com
Sunday, July 14, 2019
“We’re dealing with the trash at the turn, we’re diverting trash from the landfill and we’re also helping our nonprofit partners in town; I call that a win.”

Every Texas State University moveout season San Marcos groans with a collective sigh as couches, television sets, lawn chairs and other various household items coagulate along curbsides, dumpsters and even traffic islands. But Texas State University and the City of San Marcos Neighborhood Enhancement Department are teaming up this year to expand a program that aims to curb the curbside disposal sights, reduce the amount of waste going into the landfill and give back to area nonprofits.

The university has attempted to resolve the waste problem in the past with programs like “Pack it up and pass it on,” whereby students were encouraged to turn in unwanted household items that would then be made available to low-income local families, but it was abandoned when the Office of Community Relations was dissolved in 2016. And others that have launched before or after had less sticking power. 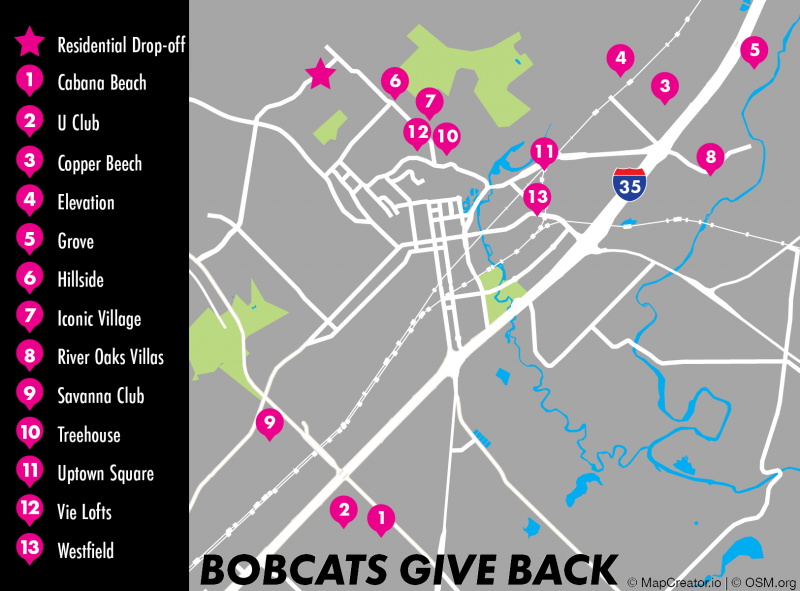 City Community Enhancement Initiatives Manager Amy Kirwin said she’s been watching “the turn,” when student’s leases end and they move out en masse, since she moved to the city 26 years ago.

“I’ve lived in San Marcos for 26 years and I’ve watched the turn every year and ever since I started working for the city six years ago, it’s been my goal to look at how do we get this material from just going into the landfill and putting it to good use,” Kirwin said.

Now she’s hoping the Bobcats Give Back program, which launched a pilot program in May on the Texas State University campus where students were able to drop off clothing and non-perishable food items during the move-out season, will put a dent in the issue. 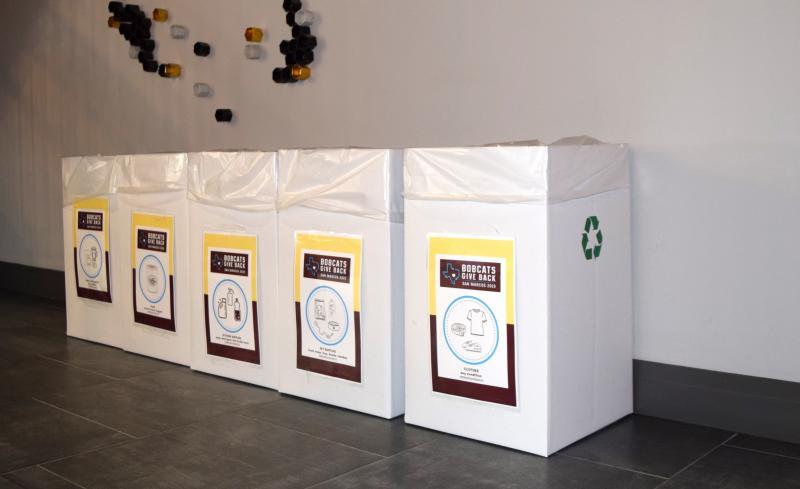 They are also using the program launch to test out a pilot program for accepting furniture during the move-out season with a Friday through Saturday drop-off site on Craddock Avenue between Sonora and Sagewood Trail — a location that has been known to fill with unwanted furniture and appliances every turn — on the weekends of July 12-13, July 19-20 and July 26-27 from 10 a.m. to 6 p.m. each day. The drop-off site will have volunteers helping residents to load furniture onto trailers or separate donations into appropriate categories.

According to Kirwin, most students want to do the right thing by the community and environment; sometimes they just have gaps in their knowledge on how to dispose of items and where to donate them.

“I know that people just think students don’t really engage or care about the community — the whole town and gown gap — and I just find that is not the case in the programs I work with,” Kirwin said. “Because I coordinate Keep San Marcos Beautiful and river cleanups and most of my volunteers are college students and we have those conversations with them about the environment, and the waste and the river… Students really do want to do the right thing, just a lot of times they don’t know — like where to dispose of this, where to give this — and we’re going to bridge that gap there.” 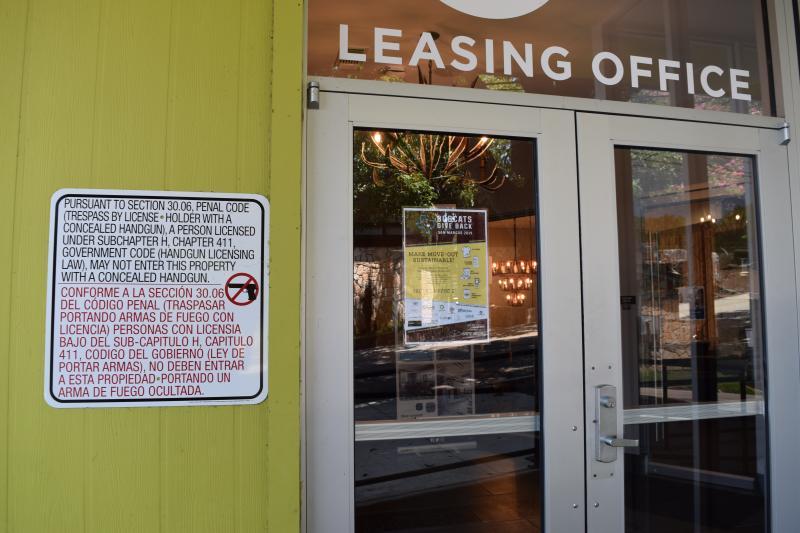 Students looking to donate need to only look for the Bobcats Give Back signs that will be posted in participating apartment leasing offices.

Pet supplies will be donated to the San Marcos Regional Animal Shelter; hygiene products will go to the Hays-Caldwell Women’s Center, the Southside Community Center and Redwood Community Center; clothing in good condition will go to Goodwill and the Hays-Caldwell Women’s Center and clothing in bad condition will go to JOSCO Products to be recycled; food items will go to the Hays County Food Bank; and working appliances will be donated to the Austin Habitat for Humanity ReStore located in San Marcos and Goodwill, while not working small appliances will be given to Green Guy Recycling.

Kirwin said she hopes to see the program hit three birds with one stone.

“We’re dealing with the trash at the turn, we’re diverting trash from the landfill and we’re also helping our nonprofit partners in town; I call that a win.”

A prior version of this story did not include the Austin Habitat for Humanity ReStore located in San Marcos as a recipient of the Bobcats Give Back Program.