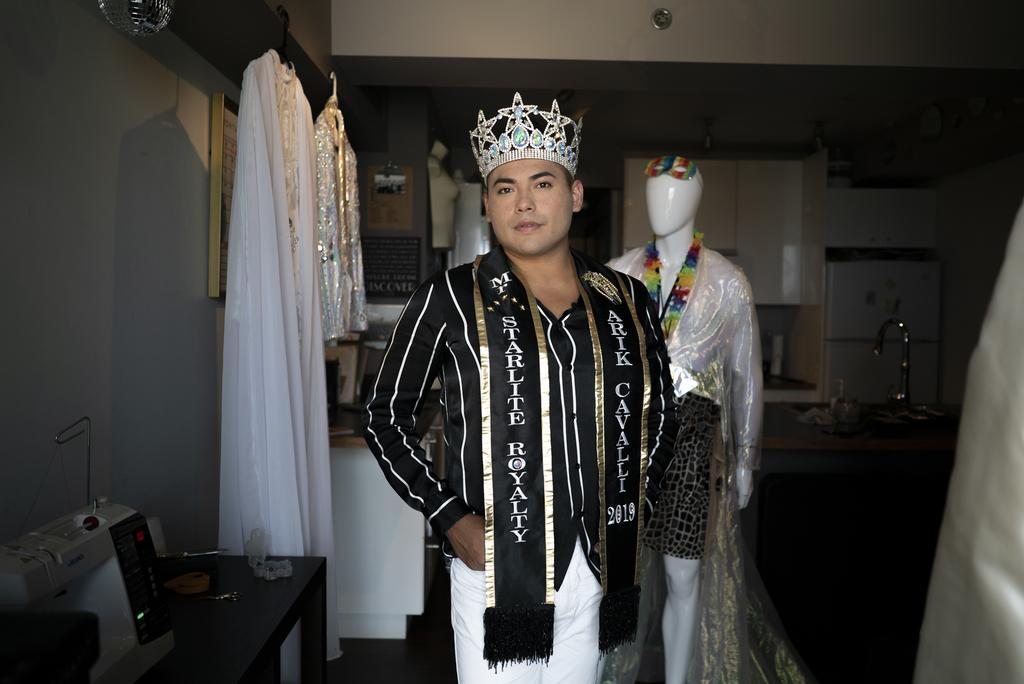 From Coast Guard to Catwalk

Arik Rangel is an operations specialist third class in the U.S. Coast Guard stationed at Fort Wadsworth, Staten Island in New York City. But when under a spotlight and elaborately costumed, his stage name and personality — Arik Cavalli — is what shines.

Rangel, born in San Marcos, was raised by his mother with three sisters. And when it came time to graduate high school, Rangel didn’t want his mother to help pay his way through school. So he joined the U.S. Air Force in 2012, just a few weeks after graduating from San Marcos High School.

“I joined the Air Force three weeks out of high school,” Rangel said. “I graduated June 12 and then I was in the Air Force Reserves July 2.”

He was in the Air Force reserves for three years working as a senior airman in the Knowledge Operations Management field. Then, in 2015, Rangel joined the U.S. Coast Guard as an operations specialist and his current job involves coordinating the traffic for the port of New York and New Jersey in Staten Island.

“What I'm trained to do is coordinate the response for things like search and rescue missions. I'm dealing with assets and stuff like that,” Rangel said. “So we deal with the communication factor. We're overseeing the whole operation. We're not the ones actually out on the boats rescuing people, but we are the voice behind the Coast Guard.”

Shortly after Rangel started his military career, he came out. He was just 18-years-old and he started exploring the gay bar and drag scene in San Antonio.

“There I was at a 18+ club called The Saint in San Antonio and I went there and I was like, ‘Wow what is this?’. I was seeing guys performing and I was like ‘what is this?’.” Rangel said. “So I just kept looking into it, and these guys had really flashy gowns and sashes and all I’m thinking is, ‘I want one of those, it looks so cool.’”

Rangel saw his first male entertainment performance at a drag show in San Antonio and he said he felt inspired. After watching several shows, Rangel finally got up the courage to perform in a live drag show, a competition no less — the 2014 Mr. Gay San Antonio USofA.

“So then finally I just said you know what, I'm going to do it," Rangel said. "It was back in 2014 when I first competed for Mr. Gay San Antonio USofA and I really had no idea what I was doing. It didn't go as well as I planned, but it was my first one so I wasn't expecting to win. But, I made a very good first impression and, you know, I just went from there.”

Rangel took a break from the catwalk and decided to learn from behind the scenes what it took to be a winning performer and what that meant.

“I just started helping people (rhine)stoning, making costumes backstage, just doing all the background work, seeing what it took behind the scenes,” Rangel said. "Because anybody can win a pageant, but not everybody can reign, and that's what I wanted to see.”

He became really invested in the fashion side of performing and even started his own clothing line, Arik Clothing Co. 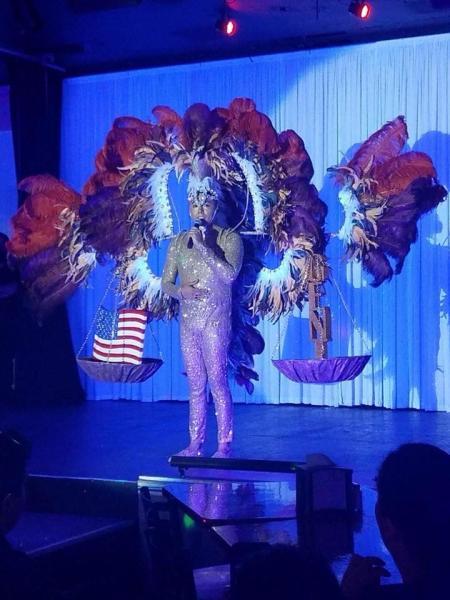 Arik Cavalli performs in one of his United States military-inspired shows. Photo courtesy of Arik Rangel

Rangel said he found having his stage name and personality, Arik Cavalli, separate from his day life, Arik Rangel, intriguing but also fulfilling.

“It's a really cool thing to see how someone can transform from day life into the entertainer at night — to me, it's just very intriguing,” Rangel said. “Now, I get to serve my country during the day, but I might also go perform and put a costume on and entertain people and bring someone joy and happiness that night.”

Rangel said he loves performing in drag shows because it makes people smile and laugh and just feel happy — that was what captivated him by male entertainment form of drag in the first place.

“I love seeing people smile,” Rangel said. “Whenever I'm out there performing on the stage and I see someone smile, it only makes me perform that much harder and get that much more into the number. I think it's what caught me in the first place, is that it made me smile, and I was like, I want to do that for somebody else too... I'm going to try to make someone else smile, because that's what I love.”

While drag queens are well-known worldwide, Rangel said male entertainment isn’t as widely recognized and there are many common misconceptions concerning it — like that it is male stripping. But male entertainment is a form of drag. It features all the same characteristics of a drag performance — lively dance and lip sync numbers, elaborate costumes and collecting of money — but instead of dressing as a female, the male performers are dressed as men — lavish but masculine. 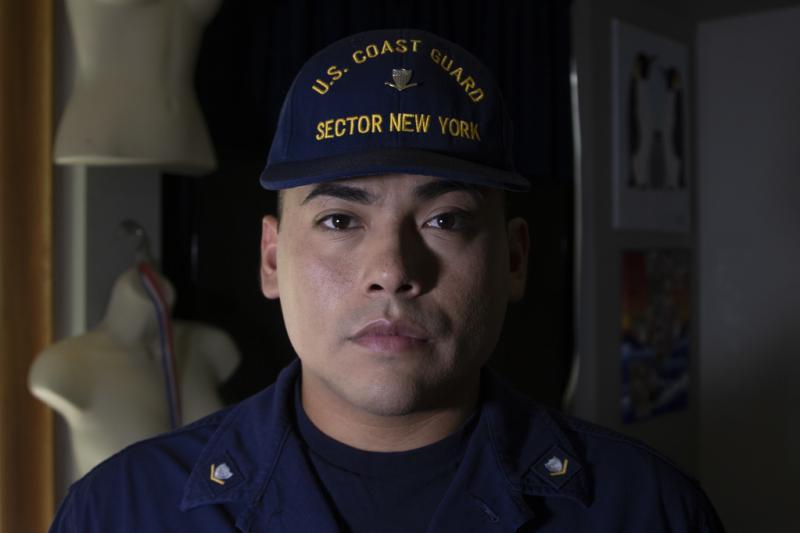 Rangel’s most popular musical numbers are “Proud Mary” by Tina Tuner and a Queen selection consisting of “Bohemian Rhapsody” and “Don’t Stop Me Now.” He also often attributes part of his costume, set design, or song choice to his role in the United States military and his most used costumes is an American Flag bodysuit that shimmers headto-toe with rhinestones and glitter.

Rangel said he is proud to serve his country and he has always been lucky enough to have the support of his family and his military peers, but that there are more strides to be made — and he hopes to help in making those strides.

“I love my job, but if I had this job and I loved it but I hated being at work because of bad treatment, I would get out of the military,” Rangel said. “But it has been accepting of who I am because of the people that came before me. I can only be thankful and gracious for everything that they went through. So I do say that we have made big strides, but our journey has not finished, we have a lot more room, and a lot more work to do as the LGBT community. And that's what I'm here for, I want to use my voice and my platform for awareness — that we are here and we're here to stay. We were born this way and we are who we are.”