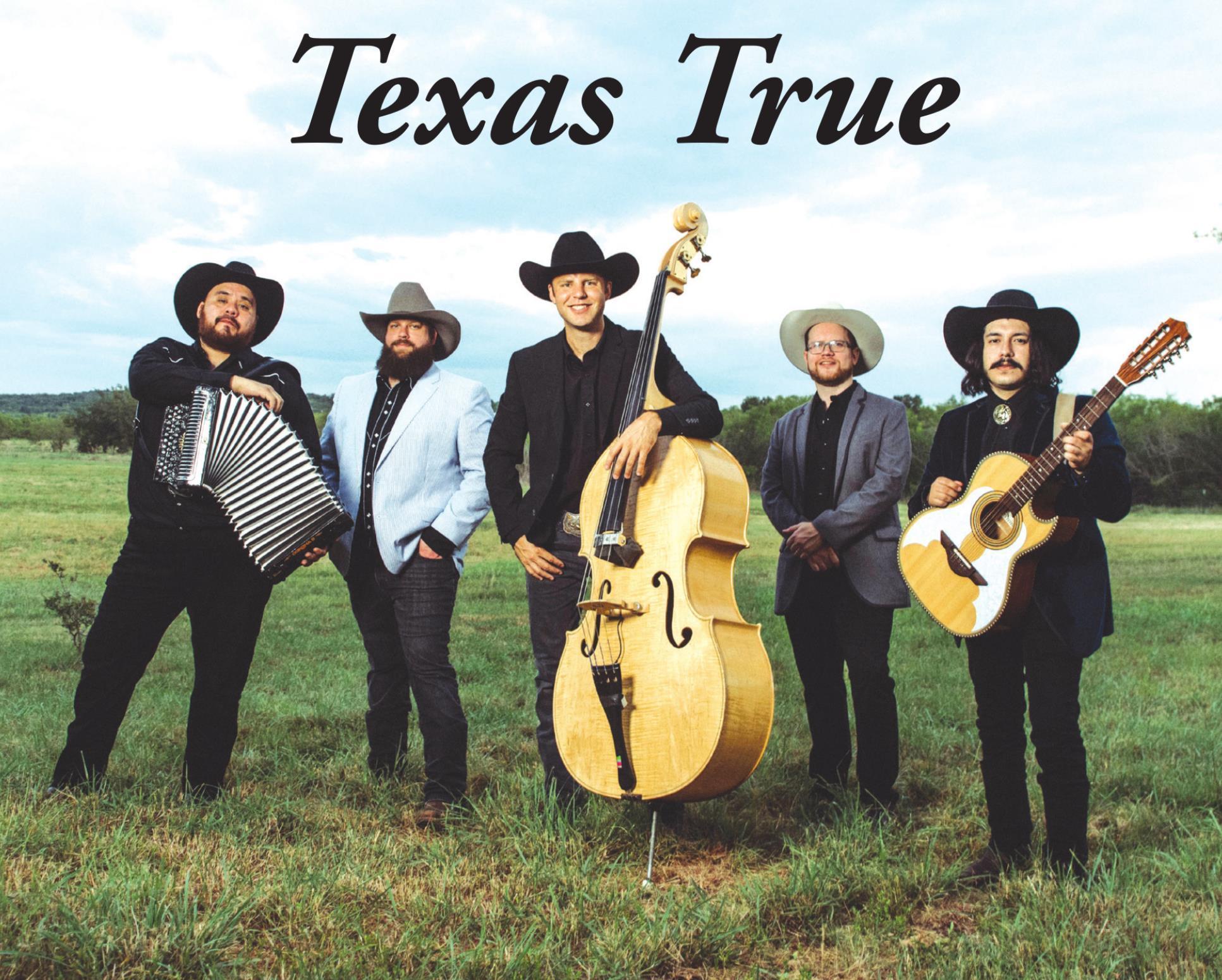 David Beck grew up with the San Marcos River running through his childhood, Herbert’s tacos in his belly, and Texas music in his blood. His Dad, Bill Whitbeck, is a professional musician who has played for 30 years with Robert Earl Keen; you can hardly get more Texas than that.

Beck started playing music around the age of 12, picking up the trombone for the San Marcos Rattler Band. He graduated from San Marcos High School in 2006, but it wasn’t until a house party in 2017 that Beck would choose the direction his music would take.

“Right there on the corner of Bishop,” Beck said. “That’s where everything changed.”

There on the big screen TV was Selena and her band, Los Dinos, rocking the Astrodome. That experience sparked a fire in Beck. He began writing and recording Tejano inspired music, which naturally led to shows. He quickly collected bandmates: Dees Stribling, David Herrera, John Saucedo, and Peter Huysman – all Texas natives with a bone-deep love for guitars, accordions, bajo sexto, trumpet, percussion and keys.

Not a stranger to the music scene, Beck has performed with previous bands at The Grand Ole Opry, Gruene Hall and Austin City Limits. With their second studio album, David Beck’s Tejano Weekend, Vol. II, they come back home to a venue close to Beck’s heart: Cheatham Street Warehouse.

“Oh yeah,” Beck said. “My parents met at Cheatham Street. I’ve been going there since I was a kid.”

Beck’s songs blend all the bright, blazing energy of traditional Tejano music with English lyrics. Beck admitted that at first, some people seemed skeptical about this mix of music.

“It happens a lot,” Beck said. “I’m a tall, goofy white guy. I’d be skeptical, too. But you can’t argue with the beat, and we started playing some Ramón Ayala, the dance floor was flooded.”

Every track on the album prompts the audience to get up and get hopping, from the big dancing cumbia number, “I Rush In (Just Like a Fool)” to “Put Me In Jail” featuring Tejano legend, David Lee Garza.

“The sonics of [the album] are all early 90s sounds,” Beck said. “Selena, Emilio, David Lee Garza. I fell in love with that sound and that feel. The record features David Lee Garza on a couple of tracks. It’s crazy that that actually happened. That’s a big deal.”

Currently, David Beck’s Tejano Weekend is on tour, heading back to San Marcos after playing the famous Blue Light in Lubbock. For the homecoming at Cheatham Street, the band has a few extras lined up for the audience.

“We’re adding some horn and extra percussion.” Bec said. “We’ll have a bigger show than we normally do. We’re going to play the whole record from start to finish.”

This will include a cover of Vince Gill’s “Go Rest On That High Mountain” which blends traditional Tejano sound with gospel. “It’s pretty reverent,” Beck said. “That’s a special song in our family.”

David Beck’s Tejano Weekend brings a sound that is technically and musically tight, but which exudes the genuine San Marcos Tejano spirit. “My hope is that we can turn more people onto Tejano music,” Beck said. “And that they go back and listen to all this music created by people from Texas and people from Mexico.”

David Beck’s Tejano Weekend will perform at 18-plus at 8 p.m. Nov. 19 at Cheatham Street Warehouse. Tickets are $10-$12 and are available at cheathamstreet.com, eventbrite.com/e/davidbecks-tejano-weekendtickets-196207210047 and davidbeckstejanoweekend. com/