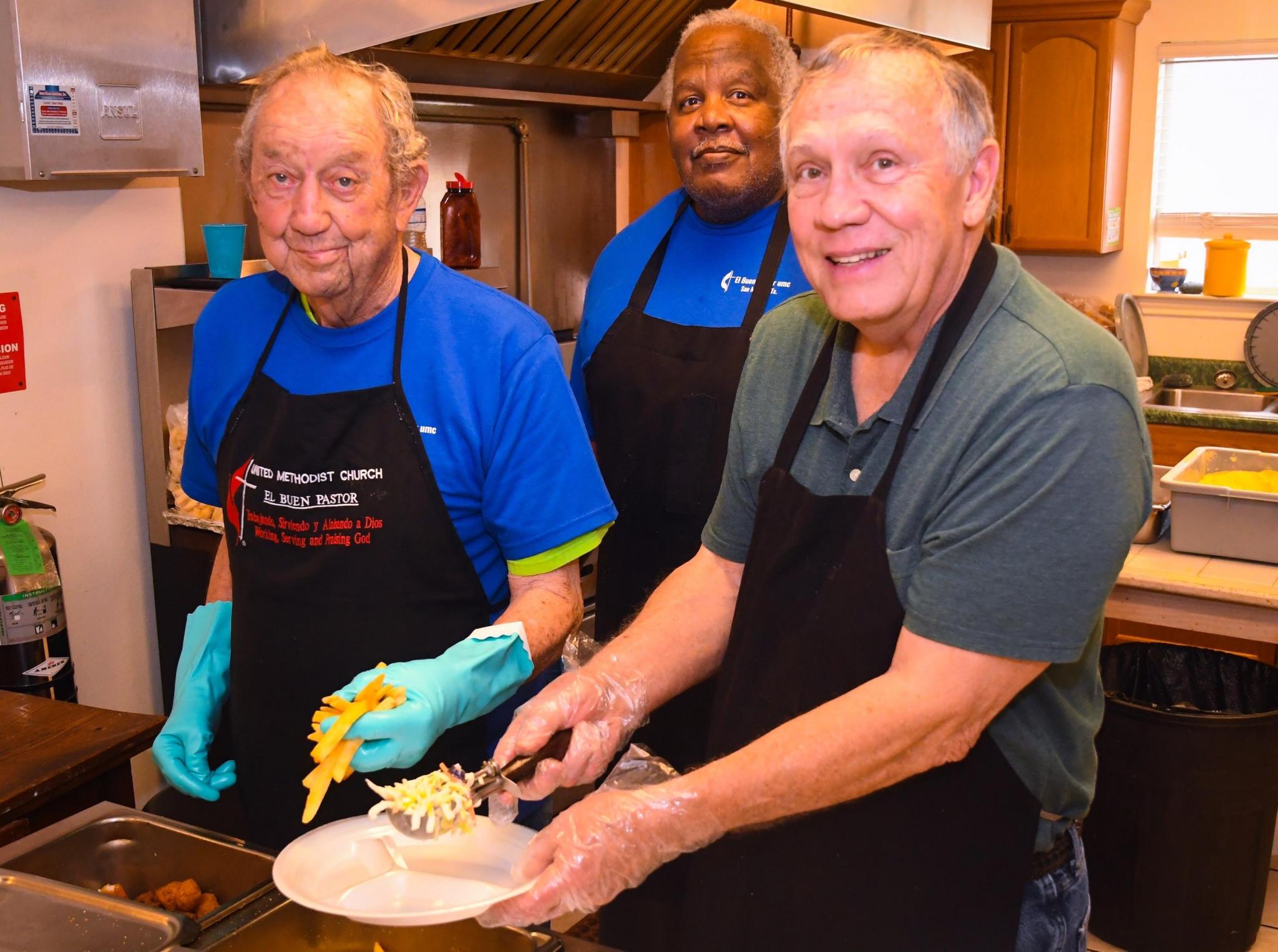 San Marcos’ oldest Hispanic church that also happens to be rated one of the best places to get a Lenten meal in town, El Buen Pastor, started their annual Lenten fish fry on the last Friday of February as normal. But with social distancing practices put in place this week in response to COVID-19, the church has opted to keep the tradition going, now with to go.

Esperanza Baltazar is the senior pastor at El Buen Pastor, a United Methodist Church, located at 209 East Grove St. and she estimates that the church has hosted its annual fish fry every Friday during Lent for the past 20 years.

El Buen Pastor has a history that goes back to 1870 in San Marcos, making it the oldest Hispanic congregation in the city. Baltazar has looked into the history of the church and said the first members of the congregation were primarily migrant crop workers. 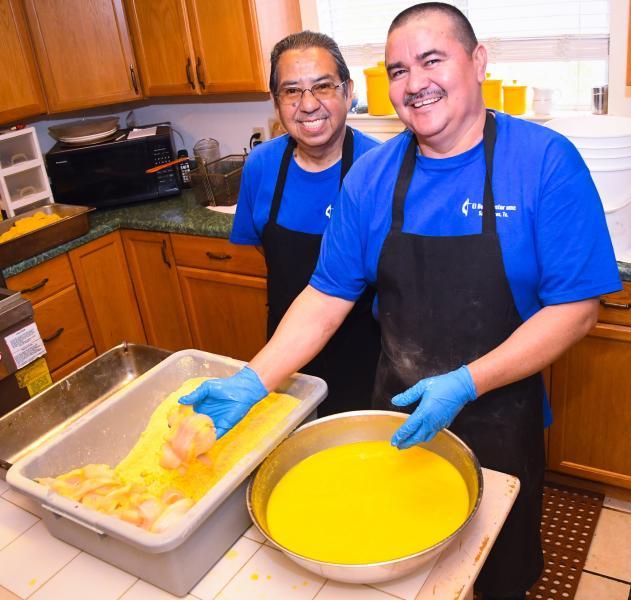 According to Baltazar, in 1870, the Methodist Episcopal Church held a Texas conference where the decision was made to open a Methodist Church in San Marcos.

Their first meetings were held along the banks of the San Marcos River and many of the congregants were baptized in its waters over the years. According to parts of the history that Baltazar was able to find, these meetings often lasted as long as 15 days and members brought wagons of vegetables and fruits to share banquet-style.

Years later, the First Methodist Church helped build their first building, but it was torn down eventually because the bell tower was in danger of collapsing. A new, smaller church was built from the salvaged lumber on the same lot on Fredericksburg Street. That’s where services were held for the next 65 years.

In 1949, church leaders started a construction fund to build a new church. Congregants sold tamales and barbecue to raise funds and Attorney Henry Kyle Sr. donated his legal work and Ted Breihan donated the electrical work. That church is still in use today by the congregation.

El Buen Pastor may no longer meet by the riverside, but their belief in sharing in spiritual and social banqueting as a church has not changed, according to Baltazar. 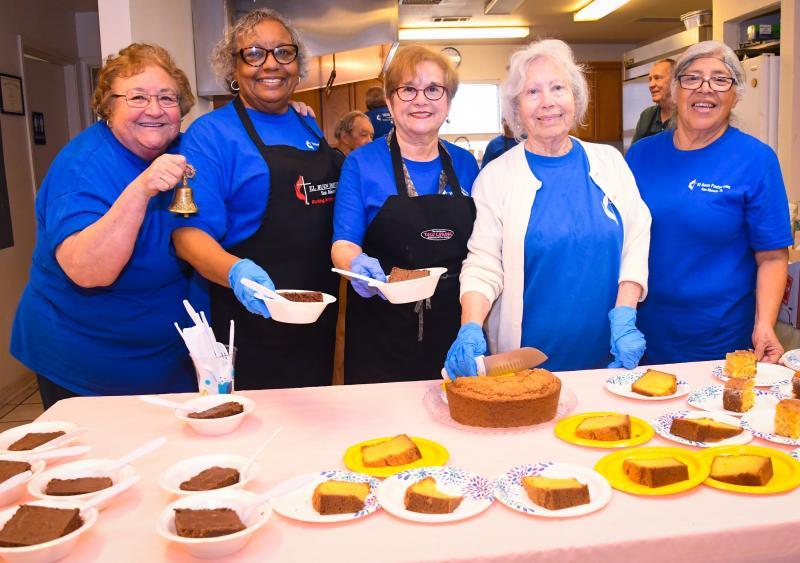 In addition to the fish frys, every Sunday they offer a breakfast for the local homeless population as well as families in need. They provide donations to a ministry in Eagle Pass that helps migrants with supplies like food, clothes, toys for children and hygienic needs. Baltazar said all the proceeds from the Lent fish frys goes toward those programs that are very near to her heart.

Baltazar and her husband came to the United States from her hometown Guanajuato, Mexico, about 15 years ago on an invitation to her husband from the Methodist Church to start a ministry in Alabama.

While in Alabama, Baltazar was asked if she’d also like to pursue ministry. But she would have to get a license, and before that she would have to get her GED. She studied and received her GED, then she studied for 5 years for the basic seminary courses and then for 5 years for the advanced seminary courses and she was ordained just a few years ago.

During their time in Alabama, her husband had a stroke and they decided they wanted to be closer to their children who lived in Mexico. So they moved to Texas. Her husband of 48 years eventually passed away and Baltazar has diligently led at El Buen Pastor for the past 8 years, making the food services as much a part of her ministry as the teaching. 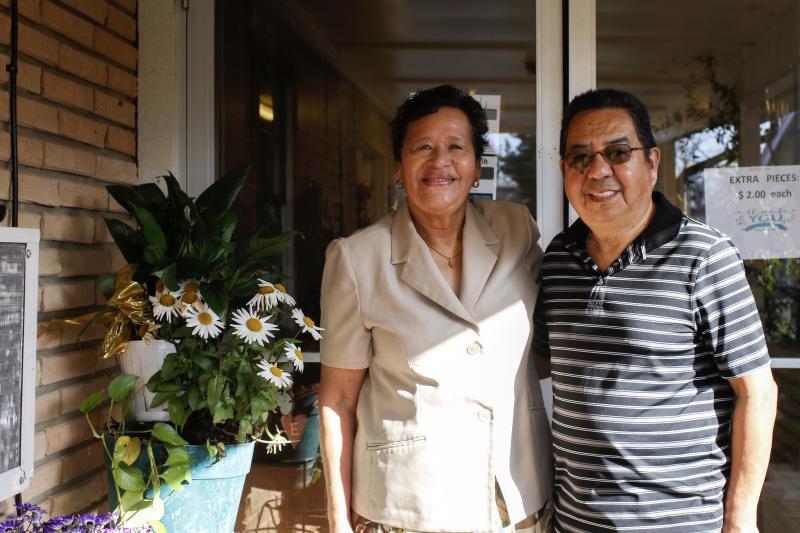 Baltazar said if she hadn’t become a minister, she would have become a gardener, and she doesn't see the two as that different.

“I think my highest passion, my highest calling is to serve people,” Baltazar said. “When I came to the U.S., I was asked what I would do if I wasn’t in the church and I said ‘be a gardener,’ because I love flowers, they’re creations of god. But this is not much different.”

Baltazar said the secret to the catfish is chef Alex de la Cruz, who has been cooking it for the past 20 years, and, of course, love.

El Buen Pastor generally invites the community to come in and dine together when they host gatherings, but with social distancing orders in place, they are serving up their delicious golden fillets to go. Each plate is $10 and includes fried catfish, fries, coleslaw, hush puppies and iced tea. The fish frys are held every friday from 11 a.m.- 7 p.m. through April 3 and 11 a.m. – 2 p.m on Friday, April 10.