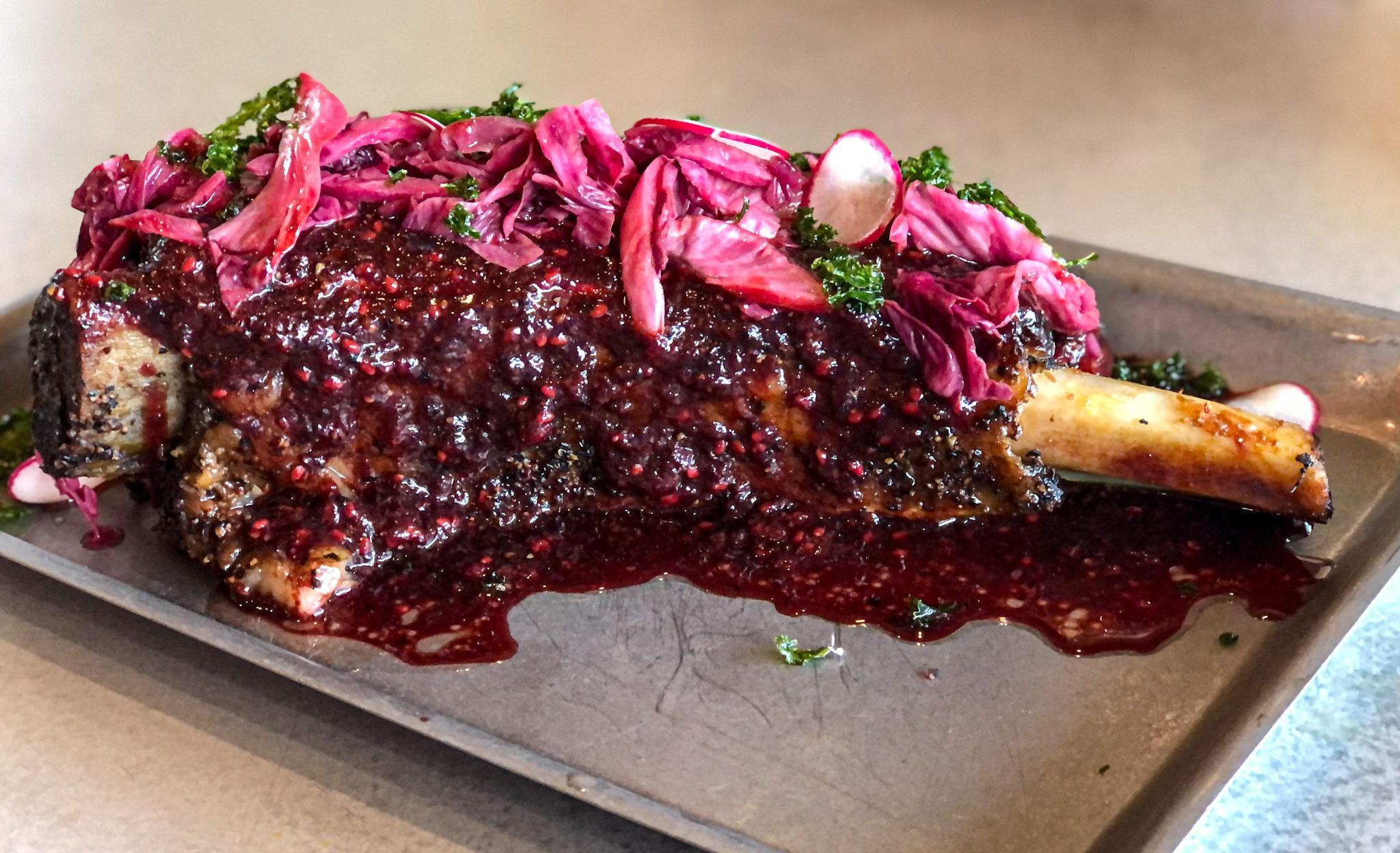 It’s time to take a road trip and head out to Wimberley for an exceptional culinary experience when you visit Hildee’s Texas Dine-Inn.

The relative newcomer to the area, Hildee’s has been open a little more than two months and has been packing folks in for some delicious creations.

On our visit, we selected from the special Memorial Day Cookout 2022 menu. I opted for the Hildee’s Burger. At $16, I thought it better rank as one of the best burgers I’ve ever had for that price … and it did! It came with two beef patties, you know the kind that looks handmade, not stamped out, and well-seasoned and perfectly cooked. On top sits a slice of smoked cheddar cheese, and topped with candied pork and tomato jam, lettuce, tomatoes, red onion and the Hildee special sauce. It was so juicy and delicious I wouldn’t hesitate to go back and order it again. 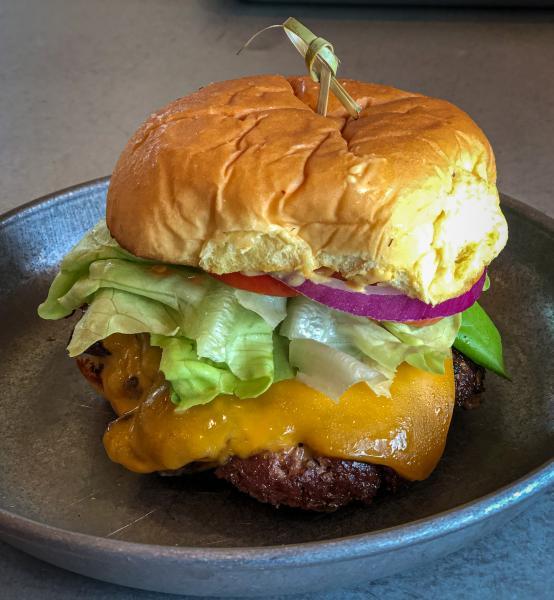 My dining companion ordered the smoked beef rib ($28). I’ve got to admit, being one that leans toward the frugal side, I winced a little at the price. That was until I saw it. Honestly, it could easily have fed two, making it more of a bargain. Atop of this behemoth mass of meat and bone was a radish and pickled radicchio salad. On the rib was a coating of blackberry BBQ sauce. It was falling off the bone tender. The flavor profile was so sumptuous and a little sweet; I was happy to have leftovers to take home for later.

Hildee’s Texas Dine-Inn is situated on a 1.6-acre lot, not far from Blue Hole and bordered by a creek and a popular walking trail. Chef Ryan Hildebrand — well known in the Houston area for his restaurants — calls it a Hill County Bistro.

The restaurant was designed by Austin-based Maker Architects. The firm has designed restaurants all over the country. The facility has an open, rustic look and will only seat about 32 diners inside.

The space is evenly divided between indoor and patio space. There’s a full bar and employs 20-25 people.

Ryan says many of the dishes will start in the smokehouse, but it’s not barbecue, he’s quick to point out. “I’m not going to go up against the barbecue superstars around here,” he said.

The bar will feature 8-10 beers on tap, an “all-world” wine list and an innovative, sophisticated bar orchestrated by a professional bartender. He wants to keep prices affordable.

The restaurant will be able to accommodate events such as wedding-rehearsal dinners — either on-site or catering at other venues.

Understandably, Ryan does most of the cooking at home for the family. When asked what his signature dish is, he mulls over the answer and settles on chicken fried venison.

Hildee’s is located at 14111 Winters Mill Parkway in Wimberley.