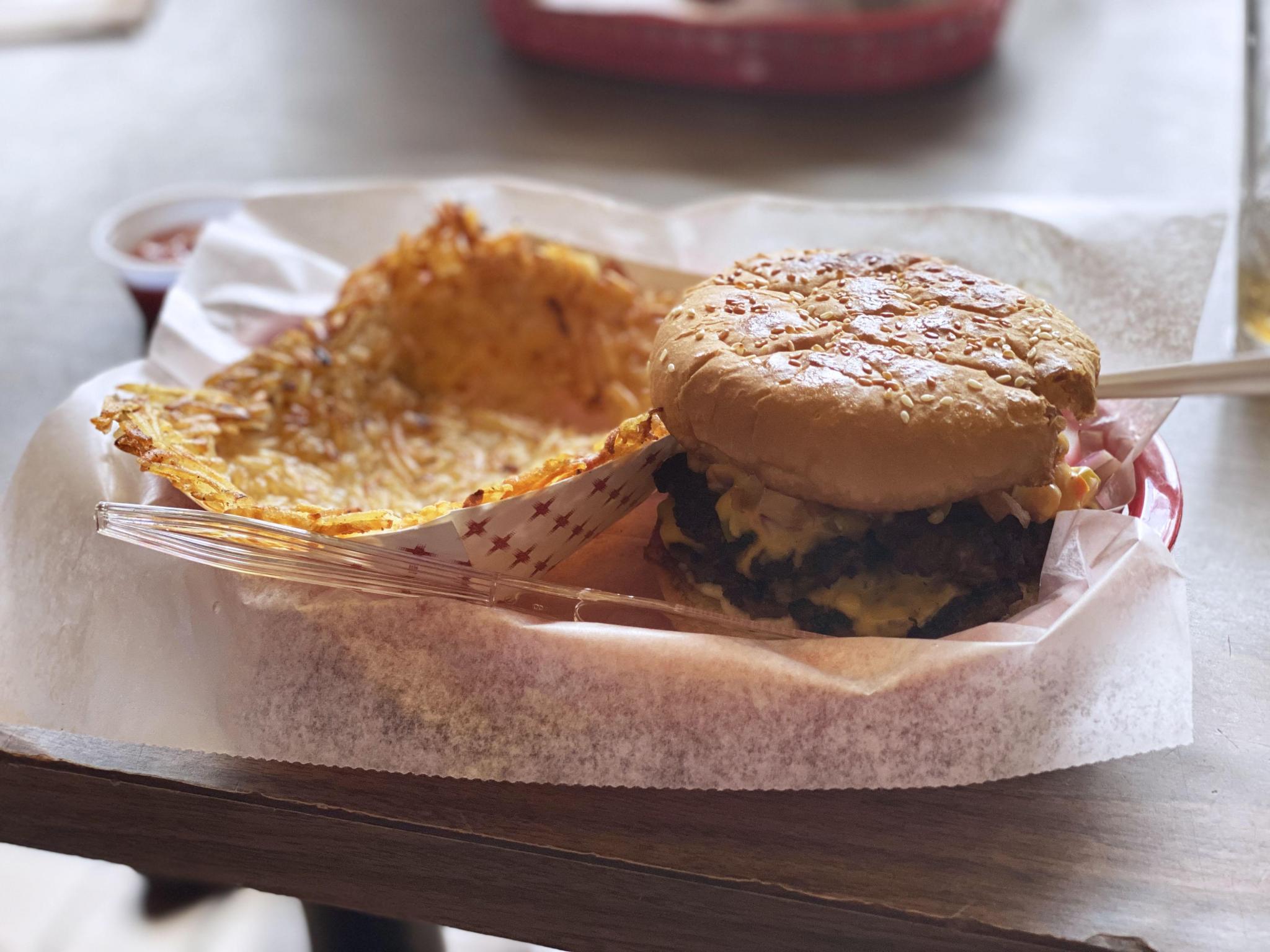 Looking for an eclectic place with vintage décor that serves up a wicked good burger? Oh, did I mention it’s the oldest watering hole in town?

If you don’t know who that is it’s your loss because Showdown has been serving patrons since Jimmy Carter was president — 1977.

Walking in I was drawn immediately to the high ceilings and ornate woodwork around the dining area. It had a quaint yet mixed vibe. You can tell they have a very dedicated group of locals.

On our visit I selected the Border War Burger. I admit my eyesight isn’t as good as it once was and somehow, I missed the fact that the half-pound behemoth came served between two bacon quesadillas that acted as the bun. If that wasn’t enough the beef came smothered in diced jalapenos, tomatoes, red onions and cheese.

It was a burger that hit on all the senses. It was visually stunning and wonderful to chow down while tasting the bacon and cheesy goodness of the quesadilla only to encounter the well-seasoned beef and spice of the jalapenos. Hard to believe but it gets better.

On the side you have the option of chips or a slab of hash browns. Yep, hash browns. Put all together and it was a meal easily for two and for $11, a deal.

My compadre kept it simple opting for the Showdown Burger. It came served the same way only with the traditional toasted bun and ringing up at just $10.

Showdown serves up a variety of sandwiches which include a Ham and Swiss on rye. That’s Black Forest Ham, baby Swiss cheese, spinach, tomatoes, onion, ground mustard and mayo served on Jewish Rye bread. It comes with chips and is only $6.

If you work odd hours or have been out late at night Showdown serves breakfast all day and night. They also have some great munchies like chili cheese hash browns, Frito pie, Jalapeno poppers and salsa or queso — or both.