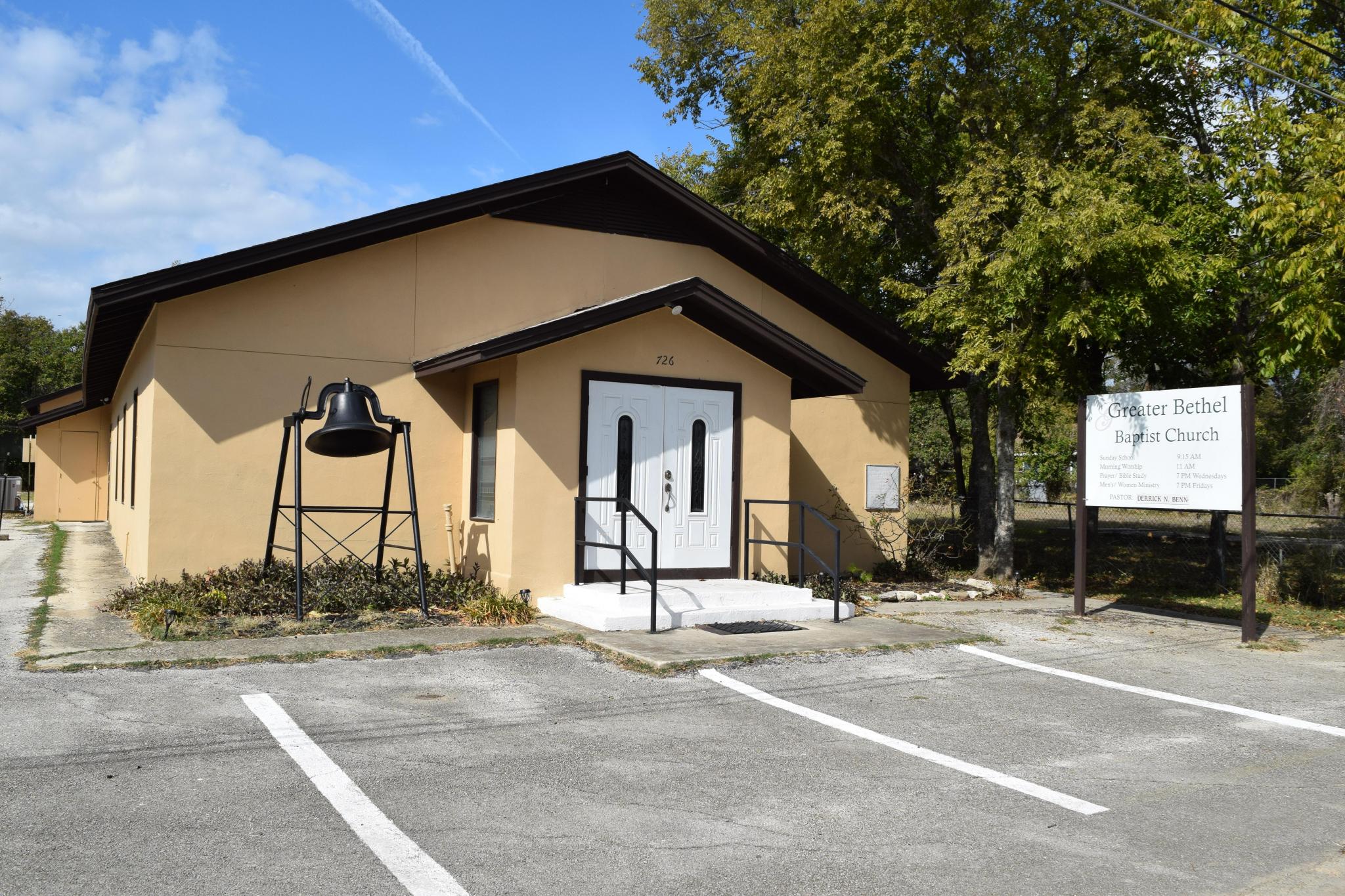 Greater Bethel Baptist Church is celebrating 136 years in the community this weekend with festivities, food and fellowship.

“Just a few years out of slavery, some folks got together and decided that they would erect a church… Greater Bethel was actually Second Baptist Church at that time. And they later changed the name to Greater Bethel,” Benn said. “But for 136 years folks have been finding hope and encouragement in that spot and, you know, for any organization or church or business, 136 years is a long time especially when you consider how much the world has changed in that time… On that lot, people are still coming to thank God for blessings, to pray, to sing, to do the work of ministry and that's, that's the part that we celebrate, the lives that have come through there.”

Benn has been the pastor at the church for 12 years now, but he attended the church years before he became the pastor when he was still in college — an age group that he says is still a large part of the church’s demographic.

Benn said part of the reason Greater Bethel Baptist Church has been alive and well for all these years is the people and community that make up the church.

“To be a house of prayer is one thing, to be a house of worship is another... But it’s the folks coming together to support each other, I think that is the best part of Greater Bethel Baptist Church” Benn said. “There are several families that are not from San Marcos but, you know, have made San Marcos home and so for folks who are coming who need a sense of family, Greater Bethel definitely meets that need.”

Festivities will kick off at 10 a.m. Saturday with an entire day of games including kickball, 3-legged races and egg drop races as well as dominoes, spades and a scavenger hunt. The University of Texas football game will be screened starting at 2:30 p.m. and there will be gumbo with jalapeno cornbread, catered by Chef Chenitha Ellis of HurryBack Catering, for sale that day until 2 p.m. All proceeds from the food go back towards Greater Bethel Baptist Church’s ministry.

On Sunday, Greater Bethel invites the community to join them during their Sunday morning worship service at 11 a.m. and Homecoming Celebration with Pastor Albert Walter and the Mount Pisgah Baptist Church starting at 3:30 p.m.

Pastor Benn said the celebration is intended for the entire community as a way of bridging racial divides and doing away with the “color-coding” that seems to happen in houses of worship.

“One-hundred and thirty-six years ago, when Greater Bethel was first founded, there was no black and white integration. There was no unity at that time,” Benn said. “‘Separate but equal,’ certainly meant separate, but it was not equal. The times have changed and if America is going to come together and San Marcos is going to come together, my thoughts are that the church has to make that effort and lead that way.”

Greater Bethel Baptist church is located at 726 Centre St. The 136th anniversary events are free and open to the community. For more information, go to Greater Bethel’s website.