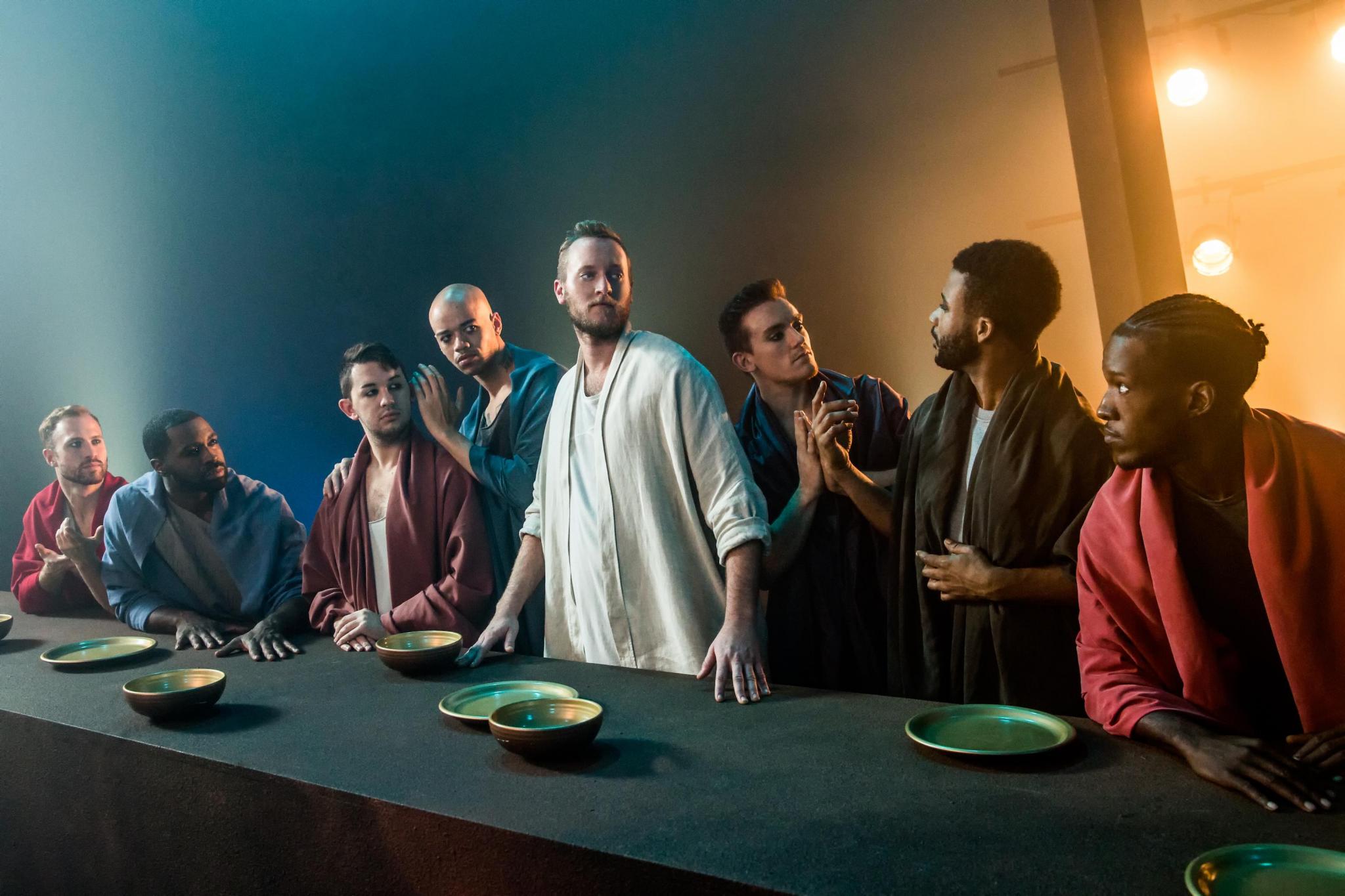 If history is most often written by the winners, then it’s up to the losers to tell the truth.

Though sometimes, as is the case with Jesus Christ, the story gets mixed up in the retelling, and the line between victory and loss becomes irreversibly blurred. Heroes face doubt. Friendships falter. And often, in the end, it comes down to one man who must sacrifice everything.

In this case, that man is Judas Iscariot.

“If it wasn’t for Judas, the redemption of Jesus would not have been possible,” explained James Delisco Beeks, who plays Judas in the rock opera "Jesus Christ Superstar." “He’s seen as this betrayer and villain, when honestly, his sacrifice was just as great or even greater than Jesus’ because Judas is forever condemned.”

Thus, Judas comes forward in this play to tell his story and set the record straight. 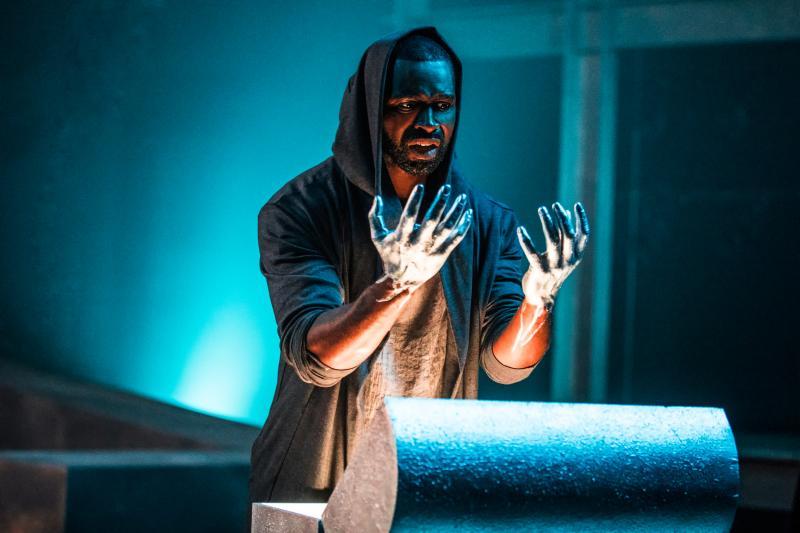 Judas Isacariot, played by James Delisco Beeks, with silver all over his hands to signify the 30 pieces of silver for which he sold his friend and leader.

Fifty years ago, when "Jesus Christ Superstar" first hit Broadway, the idea of Judas as a protagonist proved quite controversial. Many people weren’t ready to sympathize with the man who would ultimately betray Jesus to his death.

As a musical, "Jesus Christ Superstar" tells its story through rock music, with dialogue and slang terms lifted from the 70s, a time of similar struggle for civil rights, love and acceptance. It’s easy to imagine Jesus as this awesome rockstar up on stage, thronged by adoring fans and an entourage of devoted disciples, delivering a controversial message that has finally reached the ears of the powers that be.

Enter Judas, a man who mindfully watches Jesus from the wings, the Aaron Burr to his Hamilton, the Salieri to his Mozart. As a man so close to Jesus, Judas holds a unique perspective into the political gears that wind around them. But back when "Jesus Christ Superstar" first debuted, this perspective was not something people felt comfortable discussing.

“There was a lot of protest because [the play] was told from Judas’ point of view,” Beeks said. “An interesting thing to mention is that the gospel of Judas was found in the 40s, then translated in 1972, right around the time this show originally opened. It tells the story from his perspective, putting things into a different light.”

The play begins in the final days of Jesus Christ’s life, about six days before his crucifixion. Although Jesus continues to spread his message of love and peace, he is becoming increasingly irritated with his followers. Judas, worried that Jesus is pushing too far with his radical ideals, feels that Jesus will soon invoke the wrath of the Romans upon the Jewish people. This push-and-pull relationship between Judas and Jesus holds a precarious balance at the play’s heart, as the two men struggle with the difficult choices that will define this pivotal moment in history.

However, Beeks went on to explain that the Biblical context of the play matters less than the story and the characters themselves.

“It’s a timeless story,” Beeks said. “It could be told today. It could be told 2,000 years ago. The set that we have looks like it could either be a building that’s being constructed or being demolished.” 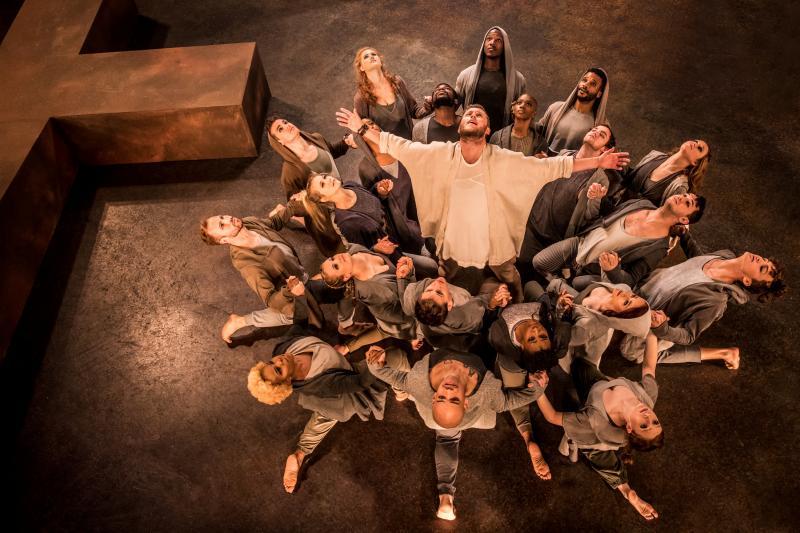 Jesus, played by Aaron LaVigne, is surrounded by his followers before he is crucified.

According to Beeks, the play’s theme of creation versus destruction is meant to evoke questions about the story’s deeper meaning, which goes deeper than winning or losing, but how we choose to live, instead.

“Which way are we gonna go?” Beeks asked. “Are we going to continue to be destructive in humanity, or are we going to be a creative force? With the political climate that’s going on now, we can see the parallels between then and today. But Judas’ and Jesus’ love for humanity is very relevant, and that’s something we need to look at. We need a lot more love in the world. I hope that people walk away with a little bit more love in their heart...That’s the overall message we’re hoping to show.”

The 50th Anniversary Tour of "Jesus Christ Superstar" begins in Austin at the Bass Concert Hall, Oct. 8-13, Tuesday through Friday, at 8 p.m.; Saturday at 2 p.m. and 8 p.m., and Sunday at 1 p.m. and 7 p.m. Tickets start at $30 and are available at BroadwayinAustin.com, texasperformingarts.org, the Bass Concert Hall ticket office, all Texas Box Office Outlets, and by phone at 512-477-6060. For groups of 10 or more, call 877-275-3804 or email Austin.groups@broadwayacrossamerica.com.