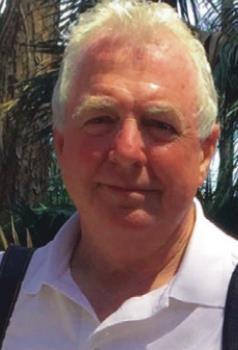 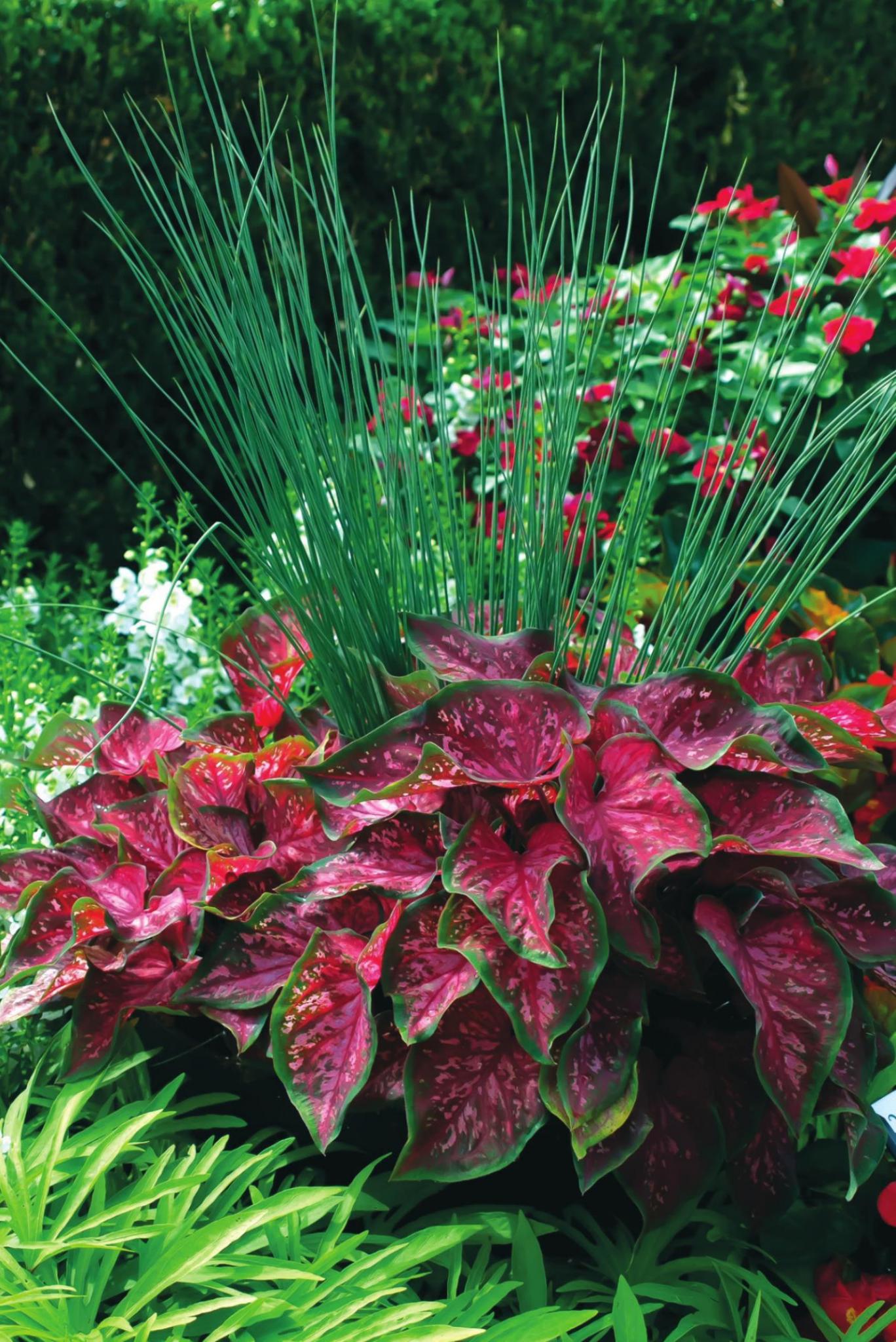 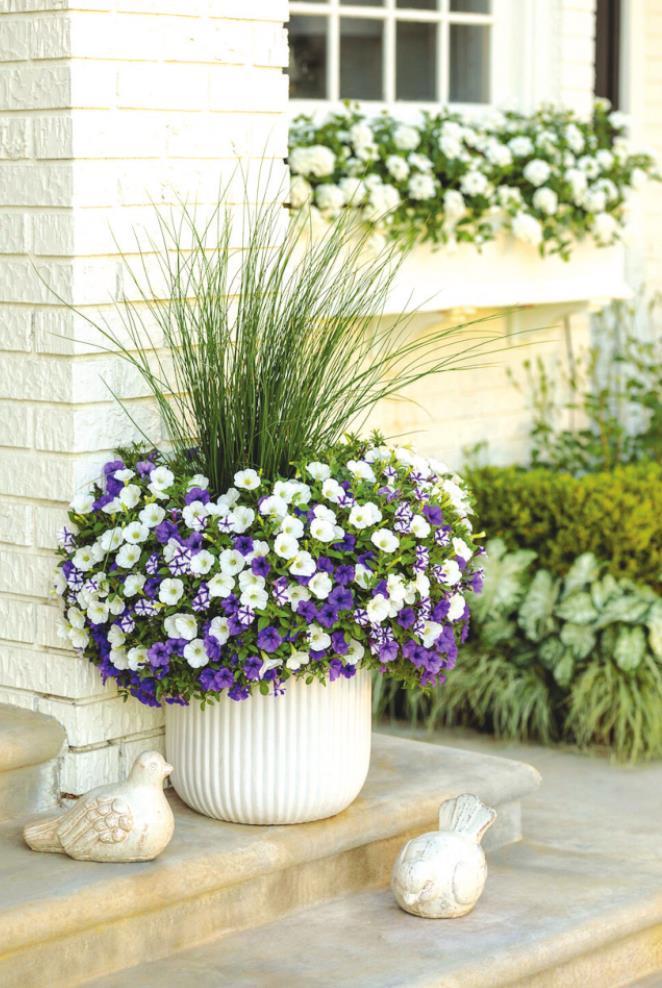 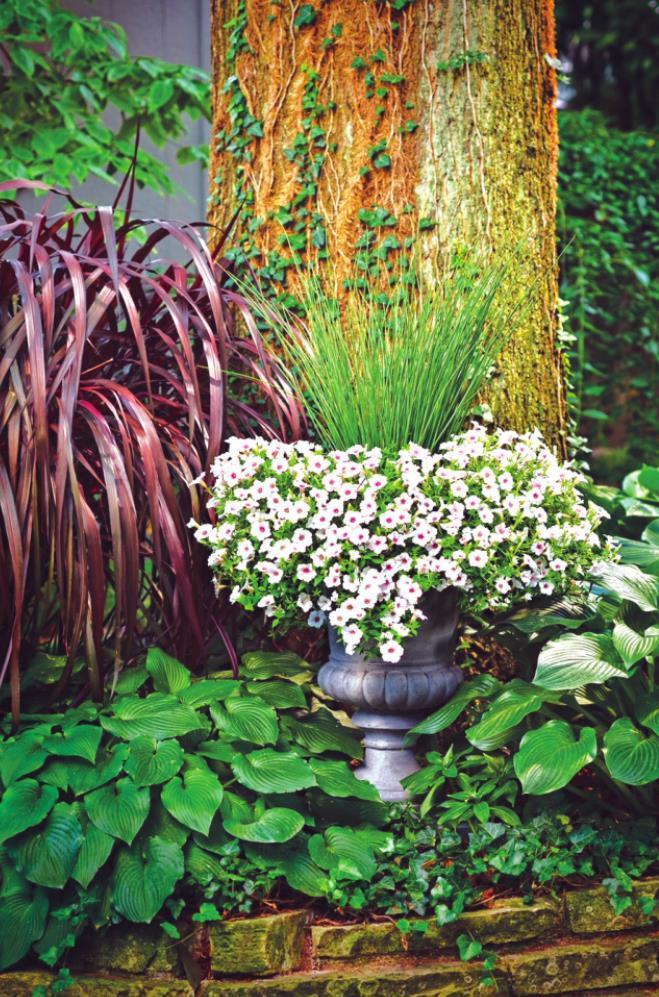 Though a simple design, this urn with Supertunia Vista Silverberry and Graceful Grasses Blue Mohawk rush is nothing short of picturesque. Photos by Norman Winter

Rush for Blue Mohawk to be your container’s thriller plant

A display at the recent Young’s Plant Farm Annual Garden Tour caused quite a stir not only within the industry that day, but on my Facebook page as well. I would like to take credit saying it was my beautiful photography, but to be honest, when you look at a planting and say something like, “Holy wow” or “Oh wow,” it is always the plants. The display was really a trifecta of award winners that just happened to come together and the crème de la crème was Blue Mohawk rush or juncus.

I would like to take you down memory lane to about 15 years ago. At that time, I was coordinator for the Mississippi Medallion Award program for Mississippi State University. In our trials, we were looking at several Juncus species but mainly Juncus inflexus, and the native J. effusus as well as various named varieties. They all did exceptionally well, and we did something a little odd in that we chose ‘Juncus species’ as the Mississippi Medallion Award winner for 2008, along with Diamond Frost euphorbia and All Around Purple gomphrena.

At that time, there was a new trend in southern landscapes called the dry creek. This was the perfect remedy for those areas where you needed to move water away from the house. The dry creek — all decked out with river rock and plants — not only solved a problem but became a real eye-catching aspect of the landscape. As you might guess, the rush or Juncus species became choice plants.

A couple of years later Proven Winners started entering Blue Mohawk a variety of Juncus inflexus in trials and this variety won Top Performer 42 times, if your state had a trial Blue Mohawk was the likely winner. But as Proven Winners so often does, they showed us how elegant this plant was as a thriller in mixed containers. Now a dozen years later, new recipes are still taking the world by storm.

This was the case June 7 when Blue Mohawk was standing so picturesque, surrounded by Heart to Heart Fast Flash caladiums and Sweet Caroline Medusa Green sweet potato. Sure, you are still invited to let Blue Mohawk solve landscape issues wherever they are needed, but now Blue Mohawk has moved into the category of fine art.

The Blue Mohawk rush is considered a warm-season grass. It can be perennial from zones 5a through 9b or treated as an annual which is what many mixed container designers do. In the landscape you may wish to let it perennialize. They will reach 24- to 36-inches tall with a 12-inch spread. As a perennial, it has the possibility of doing a slow spread by underground rhizomes. Once frost has induced a winter rest, you can leave the stalks to add winter interest. Once spring arrives and growth is eminent, cut the stalks back to ground level.

The ‘rush’ is on for the long growing season ahead, and I promise you could not find a more picturesque thriller for your mixed containers than Proven Winners Graceful Grasses Blue Mohawk. Just know you will make your gardening friends jealous. Follow me on Facebook @NormanWinterTheGardenGuy for more photos and garden inspiration.