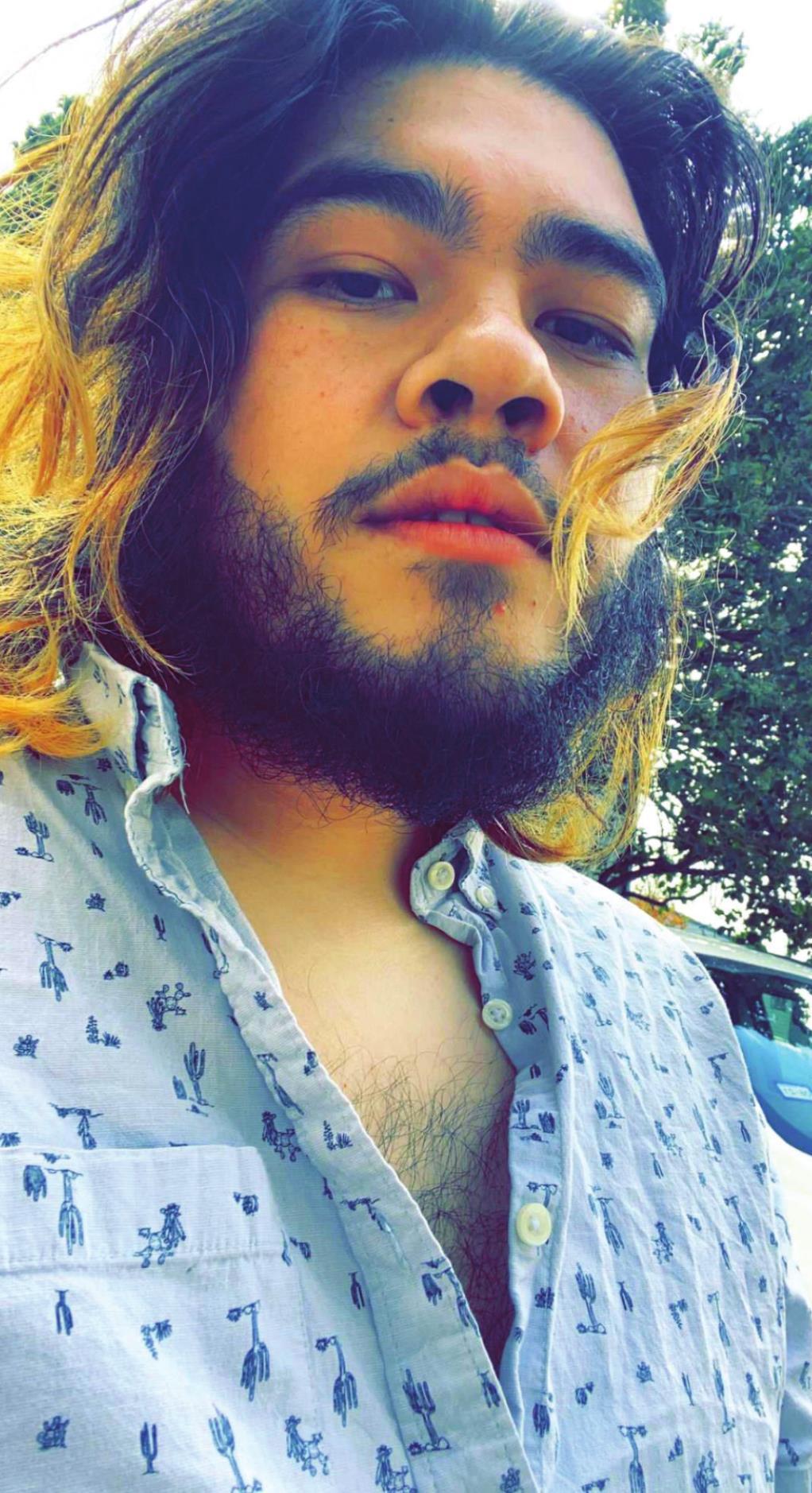 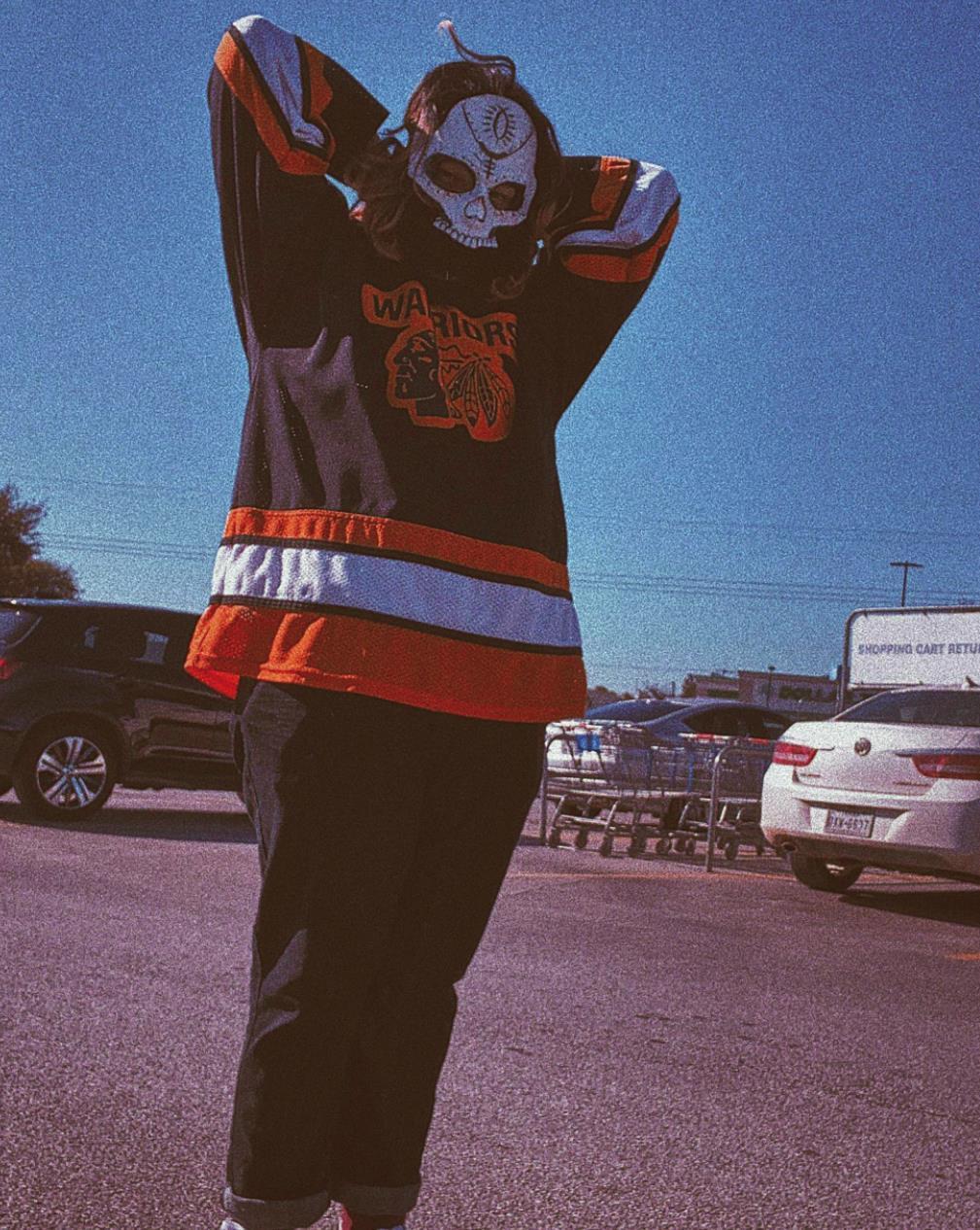 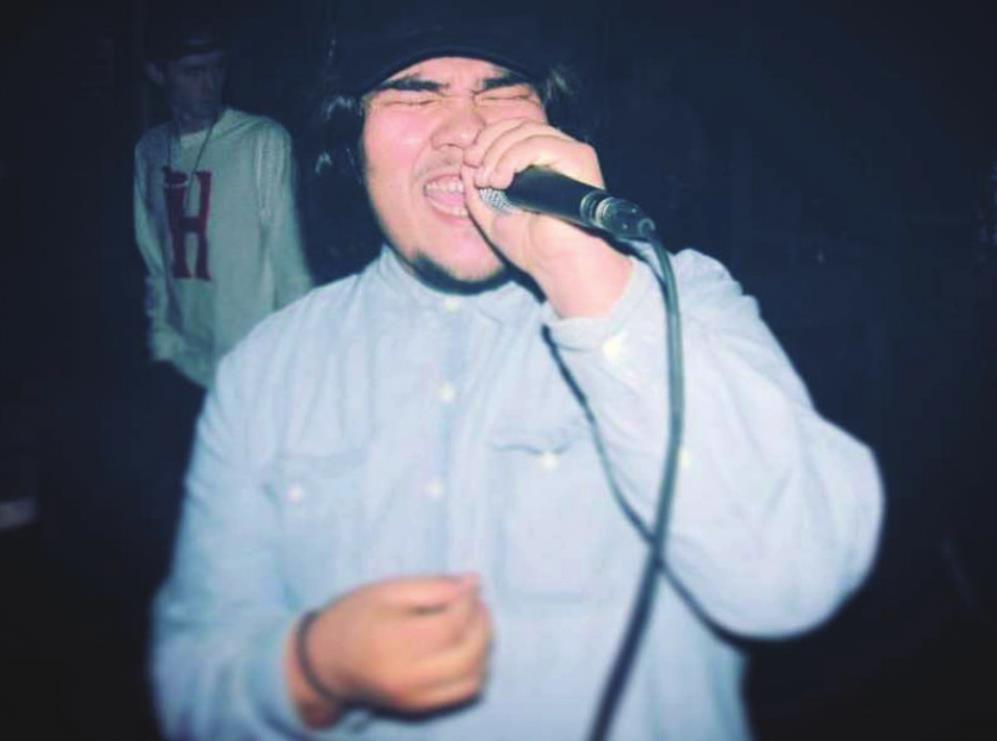 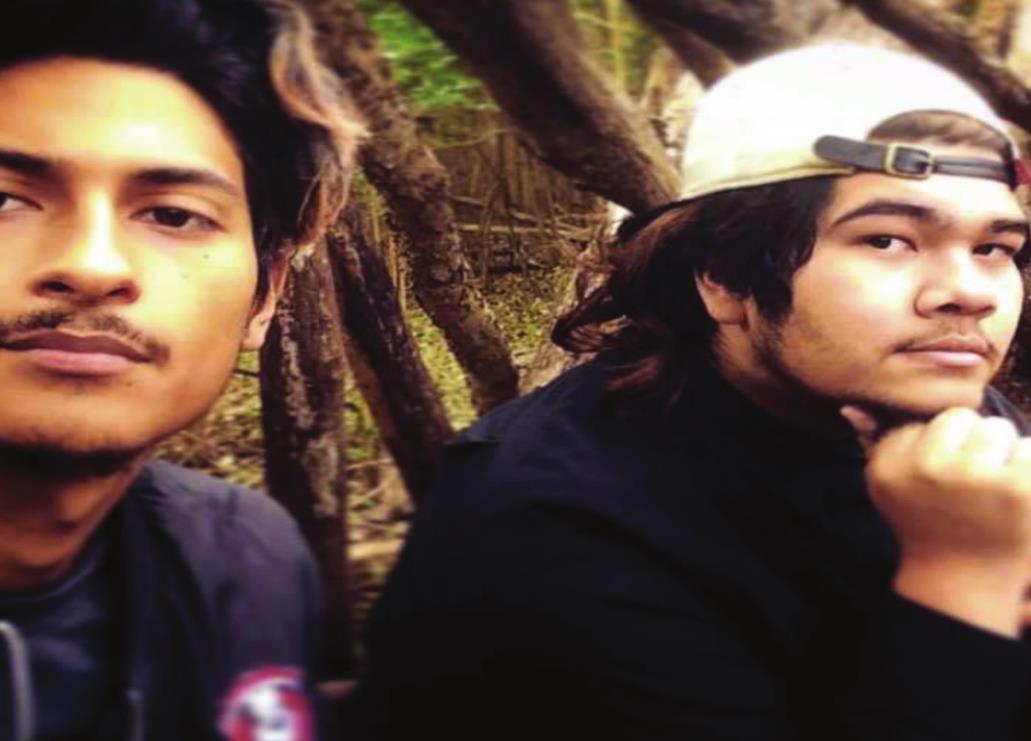 (Right) Victor with his Brother, Raymond, who took him in after becoming homeless in 2016. Submitted photos.

Sun, 11/22/2020 - 5:00am
Local musician has hopes for giving back to his community
Features Editor
@celesteavonne
Celeste Hollister
Sunday, November 22, 2020

Times of strife and hardship will define a person’s character. When faced with crisis, a person can either choose to face it or continue to run away. For San Marcos-born hip-hop and R&B creator Victor Uzimaki, the choice to stand and face his conflicts has been a long and difficult fight, but he’s used it to build up a well of strength, one he hopes to someday channel into something far larger than himself.

Uzimaki comes from music. His great-grandfather lived in Donna, and gained local fame as a south Texas mariachi musician.

“He was one of the first musicians to come out of southern Texas, doing mariachi,” Uzimaki said. “The only thing that stopped him from going full throttle was that he had 23 kids. So he decided to be a Dad.”

Two generations down the line, Uzimaki was born with a vocal talent akin to that of his great grandfather. “My grandma told me all these cool stories about my grandpa. He had all these recordings, and even though they sounded terrible because, obviously, they weren’t done in a studio, it still inspired me.”

At a young age, Uzimaki discovered that his biological parents gave him and his sister to his grandparents to raise, a fact that would cause him a lot of pain in his formative years.

“When I was young, I used to cry about the Berenstain Bears,” he said. “I would see how family was supposed to function. All my life, I suffered from dissociation. I struggled with trying to fit it. But when my grandma would show me her Dad and his recordings, I finally had something to connect to.”

That connection to his maternal grandfather provided Uzimaki with his first hint of his life’s direction. “I didn’t know what I wanted to do, but I knew I wanted to do something with music.”

Uzimaki got into rap music at 12 years old. Then in 9th grade, he joined the San Marcos High School choir, where went to regionals all four years of his high school career, eventually placing as Top Chair tenor in State. Beyond that, Unimaki began to study the structure of lyrics and how poetry was put together to form a song.

Despite his unconventional home life, his constant struggles with rampant bullying at school, and (at the time) untreated chronic depression, Uzimaki pushed forward to pursue his dreams to become a musician.

“At 15, I decided, I’m just gonna go for it,” Uzimaki said. During this time, Uzimaki formed his stage persona, Wevo Lorng, an anagram from the words he said define the state of his life: Wrong and Love.

“I decided that the thing that sets me aside from most people is my mental illness,” Uzimaki said. “All my life I’ve been told that I’m wrong, what I’m feeling is wrong, that my actions are wrong. I decided I’m not going to run away from it, I’m going to acknowledge it.”

But Uzimaki said that Wrong is a word that can describe half of his experience. The word Love relays the other half. Outfitted with his new stage name and a repertoire of original music influenced by Lil Wayne, the Weeknd and Drake, Uzimaki took his talents beyond high school, playing gigs and shows around town.

This is where he would meet his manager and best friend, Travis E. Green, who ran a nonprofit called Off on a Tangent, which was dedicated to getting local artists into area shows. Green signed Uzimaki to his label around February of 2016.

“I was one of the first artists he signed officially,” said Uzimaki.

Prospects for Green and Uzimaki looked promising as they recorded tracks and booked shows around town.

Unfortunately, however, Green took his own life on Nov. 14, 2016 at Texas State, leaving Uzimaki and their circle of friends reeling in the wake of the tragedy.

“That was my dearest friend,” Uzimaki said. “I didn’t know he suffered with so much depression and anxiety.”

Afterward, life spiraled into darkness for Uzimaki. “After that, I went homeless,” he said. “After that, the situation with my grandma fully escalated. So I left. I stayed at Travis’ garage. I was sleeping out at Playscape for a bit. Eventually, I came back to San Marcos.”

It would take some time and moving around before Uzimaki would once again gain focus. But when he did, it became clear that he wanted to continue with Green’s vision as a way to honor his memory and give back to his community.

Uzimaki runs the San Marcos Local Music page on Facebook, which currently has 861members. But Uzimaki wants to see those numbers grow.

Thinking even further ahead, Uzimaki wants to transform that idea into a nonprofit organization with a diverse board of community musicians, business members, and artists, setting up the groundwork for people to be supportive of San Marcos musicians.

“Any funding goes for the musicians,” Uzimaki explained. “It all goes back to the community. If there’s some way I can give back to the people I love, in the town that I love, I want to make it happen.”

So even in the face of lifelong struggle and hardship, Uzimaki wants to take his music and his vision to the next level, to give to the community and honor the life of his friend who loved San Marcos musicians, too.

“Even though I want to give up 90% of the time, I keep going,” Uzimaki said. “I’m not going to use a grudge as a crutch. It’s all about elevation. That’s why I try so hard.”