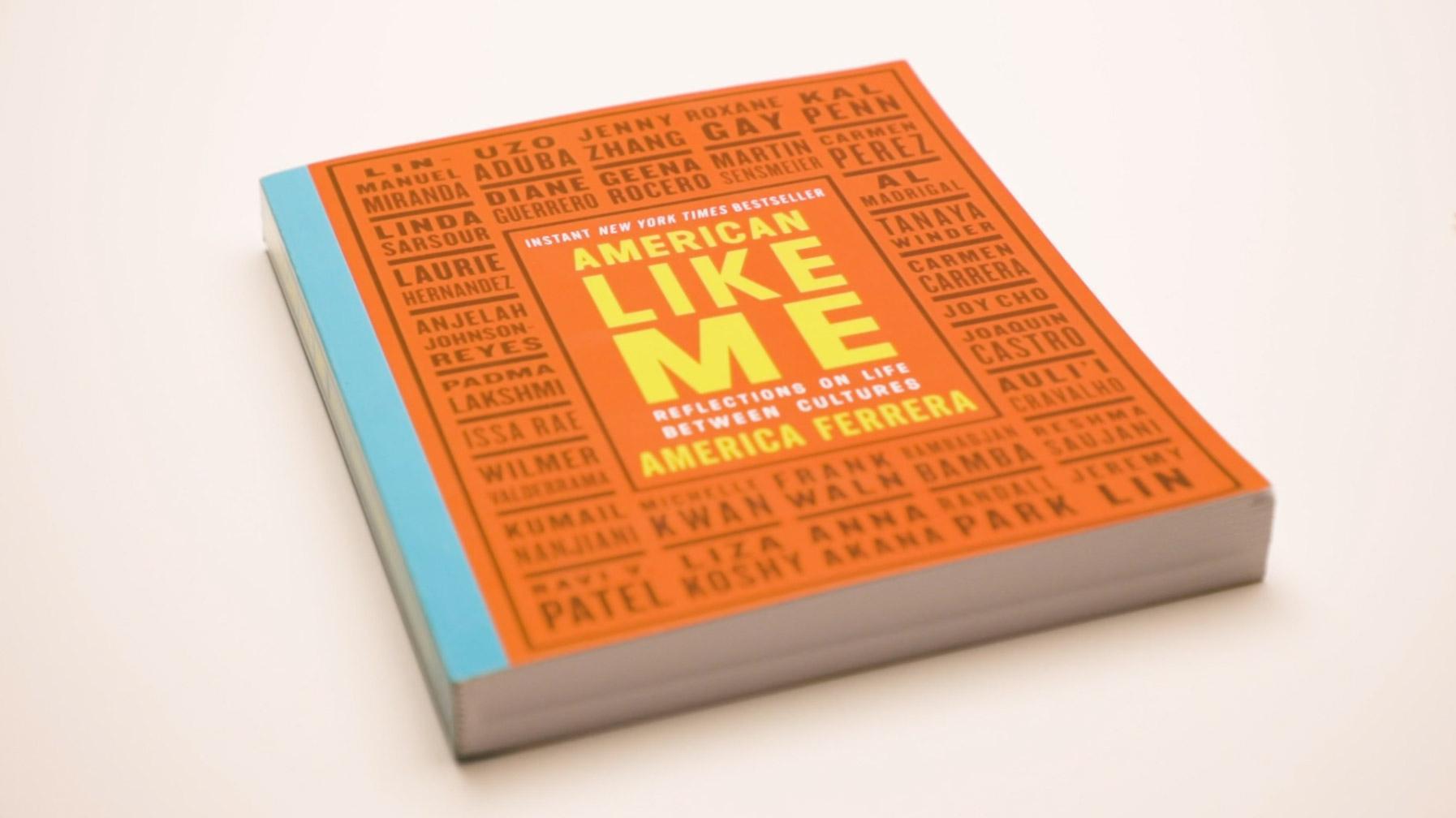 The book for this year’s Common Experience, “American Like Me: Reflections on Life Between Cultures,”edited by award-winning actress America Ferrera. Photos courtesy of Texas State University

Texas State University recently announced that the Common Experience theme for 2020-2021 will be "Dynamics."

Every year since 2004, Texas State has presented an academic theme to provide opportunities for students, faculty and staff as well as the community to connect, collaborate and open dialogues, according to Texas State Director of the Common Experience Twister Marquiss.

“The whole purpose of the Common Experience, from the beginning, was that we really wanted to provide an opportunity for students to have a shared experience, to have something that they can all have in common, an experience passing through the academic landscape,” Marquiss said. “It creates this giant dialogue — and it’s not just  students, it's for everybody — but it gives everybody a common place to start and then an experience on top of that.” 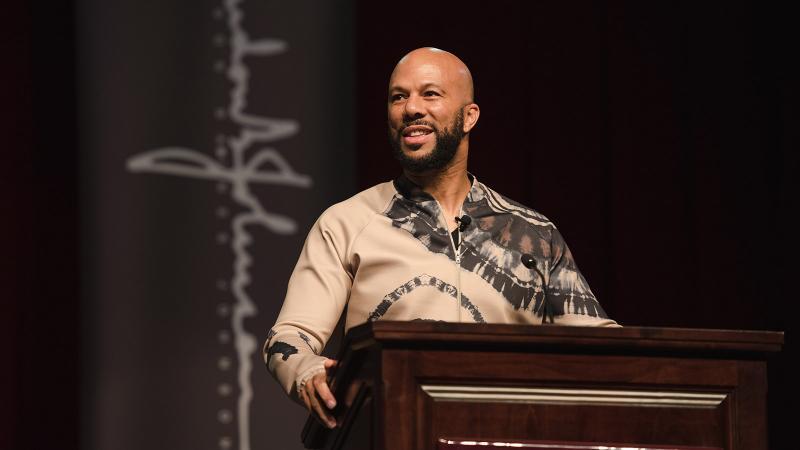 Marquiss said this upcoming academic year's theme is meant to open a dialogue about dynamics — the physical forces, moral forces and driving forces behind growth, change, inspiration and action.

"'Dynamics' encapsulates everything from the movement of dance, the movement from one place to another in terms of geography, the movements of peoples over time, and also the idea of where you are and where you will be and the momentum of daily life,” Marquiss said. “If you understand the dynamics, and the forces that move things around you, you reach a point at which you're able to then affect the world around you.”

As part of the Common Experience, every year all incoming first-year students receive a critically-acclaimed book related to the year’s theme. Students discuss the book in their university seminar class and other courses. The book for this year’s Common Experience, “American Like Me: Reflections on Life Between Cultures,” edited by award-winning actress America Ferrera, was chosen, according to Marquiss, because it is an anthology of stories written by people with deep and personal connections to more than one culture — a reflection of cultural dynamics.

“Every one of the essays in that collection is about somebody arriving at this moment where they are now. Most of these are well known names — if the students don't know them, we (faculty) do and if we don't, the students do,” Marquiss said. “But everybody got to where they are, as a recognized public figure or celebrity or a famous athlete, by undergoing some transition — whether it was from another place or another country, or another psychological space or their families are different. But it's all these different voices coming from all these different places, literally and metaphorically, together in this one book.” 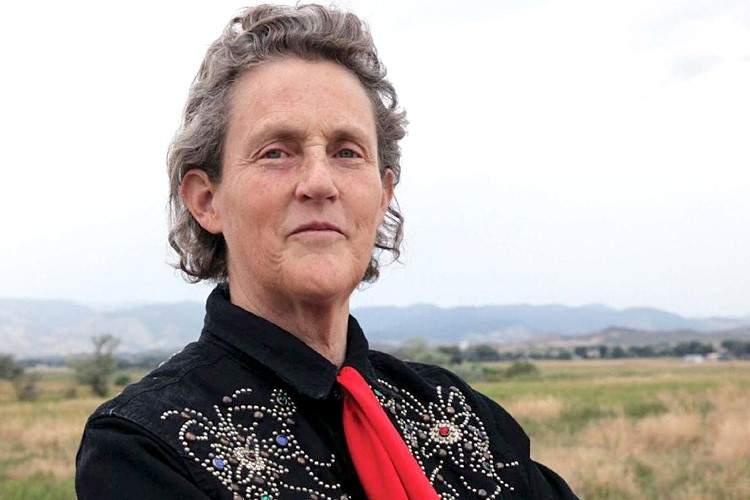 Texas State University is working to reschedule speaker Temple Grandin (above), one of the most accomplished and well-known adults with autism in the world. Grandin was originally scheduled to speak at Texas State on March 25. Photo by Rosalie Winard

Marquiss said Texas State University’s Common Experience is the number one initiative of its kind throughout the nation.

“Many other universities have a common summer reading or some thematic event or a handful of events for new students,” Marquiss said. “But very, very few use a model where they start with a theme and everything else follows. At Texas State, the book follows the theme and the events follow the theme, the LBJ lecture series follows the theme.”

“The more of these opportunities you offer students, the more likely they are to find something they want to connect with,” Marquiss said. “And that can make a difference for their entire time in college and what happens with the rest of their lives.”

Of the 239 events held during last year’s common experience, there was a 93% first-year student participation rate, according to Marquiss, and since 2017, the lowest reported participation rate for a fall semester has been 88.6% (fall 2018). In addition, every ticketed event since 2017 has sold out.

But like most well-laid plans in the wake of the coronavirus pandemic, Texas State has had to implement changes. The first was the decision to announce the theme a month early this year because New Student Orientations had been moved online and moved up on the calendar. Typically Common Experience events would also be held throughout the summer, but Marquiss said they are tentatively planning to not hold those this year, but to work instead to heavily engage new and current students online via social media.

The university has had to plan for multiple contingencies — if things are able to be in person, if they will be online only, or if there is a possibility for a combination of the two. Marquiss said the university is working to schedule major speaking events in a way where they wouldn’t have to be over Zoom.

“Having multiple contingencies is making it harder to lock down things like major speaker events, because we really don't want to do those via Zoom meetings,” Marquiss said. “Part of what makes those events impactful is that students get to be in the same space with somebody like Common (last year’s speaker). So if we have to push back a major event until spring, we can do that. But we still want everybody to have opportunities throughout the fall that are very impactful. So we're working with a combination of ideas.”

Marquiss said Texas State is also working to reschedule speaker Temple Grandin, one of the most accomplished and well-known adults with autism in the world. Grandin was scheduled to speak at Texas State University on March 25 as part of the Common Experience, but the event was postponed.

Organizers are also toying around with the idea of distributing the Common Experience book via an e-book, since the books are generally passed out during New Student Orientations, which have had to be moved online this year.

For more information about the 2020-2021 Common Experience, go to Texas State's website.