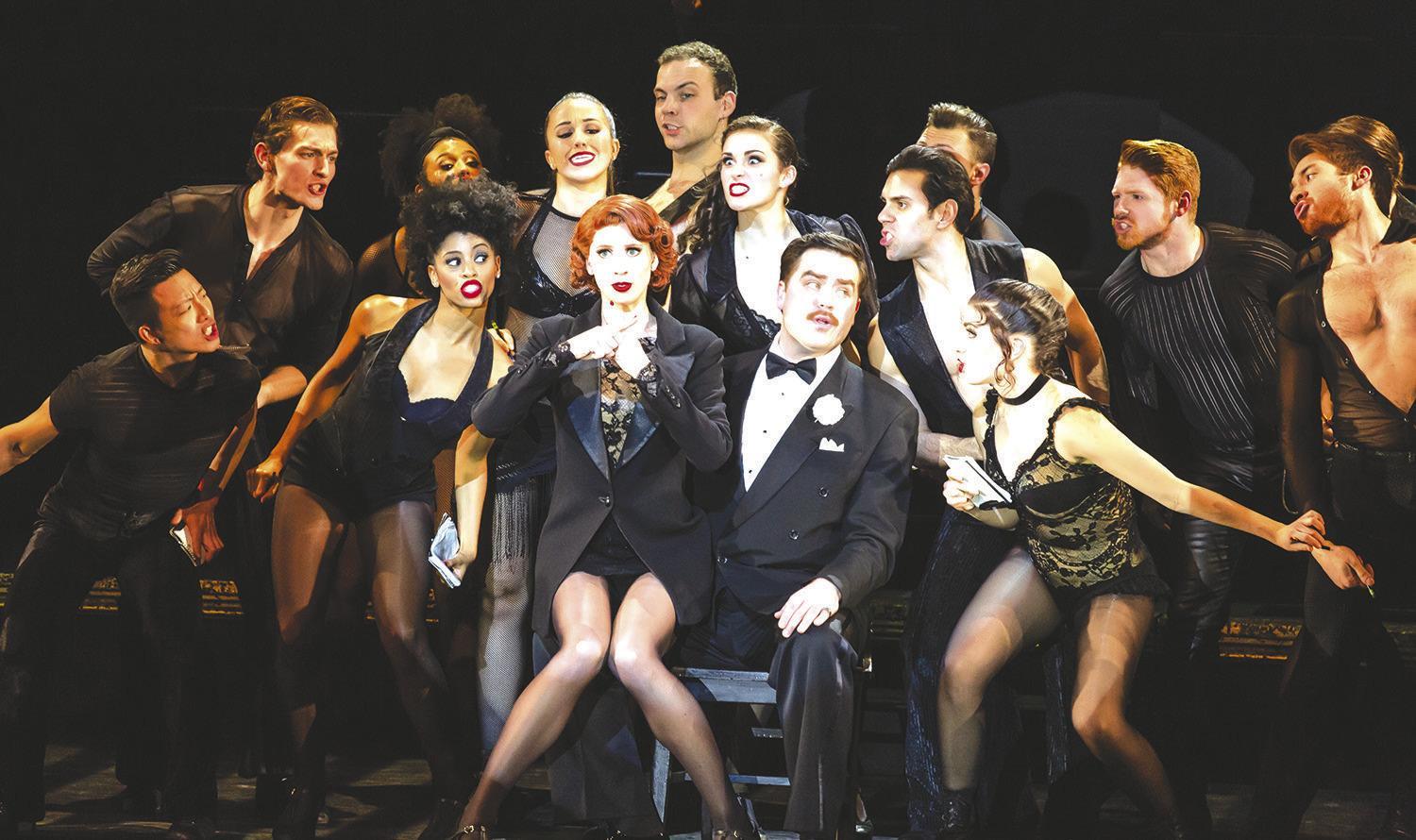 The 2020 National Touring company’s performance of “We Both Reached for the Gun” in the Broadway musical “Chicago.”
Photo by Jeremy Daniel

Tickets for ‘Chicago’ on sale at Texas Performing Arts

The legendary smashhit musical “Chicago” will return to Bass Concert Hall Nov. 1 - 6 as part of the Texas Performing Arts 2022-2023 season. Tickets start at $30 and are on sale now to the general public at texasperformingarts.org and BroadwayinAustin. com.

“Chicago” is the No. 1 longest-running musical in Broadway history. Even after 25 years, “Chicago” still carries that banner with its universal tale of fame, fortune and all that jazz. Set amidst the razzle-dazzle decadence of the roaring ’20s, “Chicago” is the story of bored housewife Roxie Hart, who has her eyes set on the glittery world of the stage. After Hart murders her guy-on-the-side when he threatens to leave her, she becomes ensnared in Chicago’s grimy legal system. In order to avoid conviction, Hart hires Chicago’s hottest criminal lawyer, who transforms her story into a crime of passion. This pits Hart and rival cellmate, Velma Kelly, against one another as each woman snatches the hearts of the public and the tabloids in their ploys to get away with murder.

Texas Performing Arts is the presenting program of The University of Texas at Austin, operating out of campus venues including Bass Concert Hall and Mc-Cullough Theatre. It is the home of the Broadway in Austin series, a curated program of performing arts, and a host of comedy and concert events. In the 2019 calendar year, Bass Concert Hall had the highest number of tickets sold of any theater in Austin, was No. 2 in the state of Texas and No. 22 in the world, according to industry publication Pollstar.