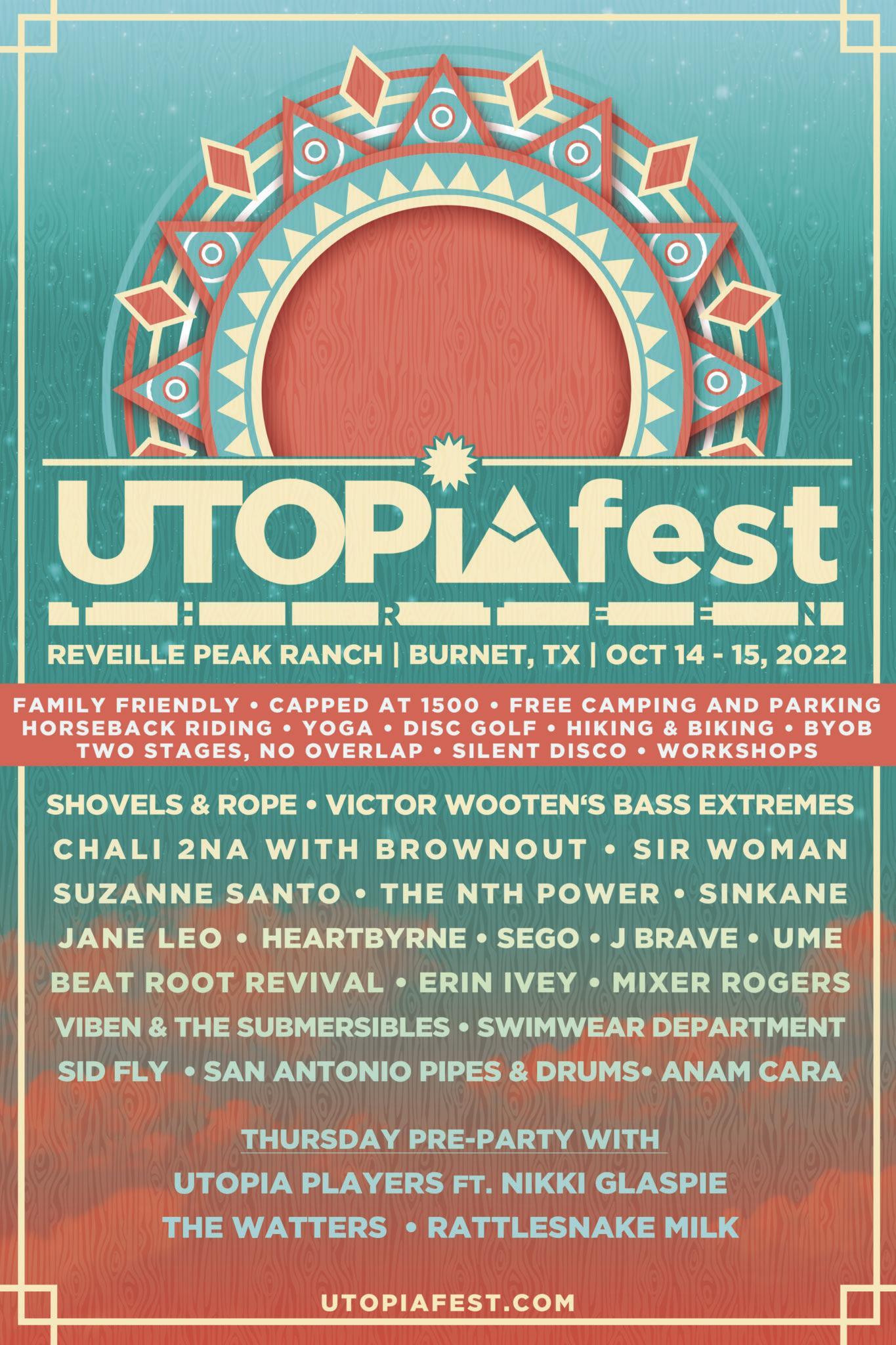 Now in its 13th year, UTOPIAfest returns to Reveille Peak Ranch in Burnet Oct. 14 - 15 with a lineup that includes John Scofield, Shovels and Rope, and Charli 2na.

Weekend passes for Friday and Saturday and single-day tickets for the Thursday pre-party performances are on sale now at uptopiafest.com. Discounted tickets for children ages 2-12 and teens ages 13-19 are also available.

“UTOPiAfest has always been a place where people can come together to celebrate music and nature in an open, accepting environment,” said co-founder Travis Sutherland. “We’re so excited to continue creating a space for all walks of life to come and be whoever they want to be, all while enjoying quality music and the natural beauty of the Texas Hill Country.”

Sutherland initially created UTOPiAfest out of his desire for an experience- centered festival. In addition to music, the festival also features outdoor activities including mountain biking tours, horseback riding, disc golf, yoga, workshops and swimming in the nearby Highland Lakes. With free camping and parking, a BYOB-policy and a variety of local culinary and arts vendors, the festival is all-inclusive for patrons of all ages and interests.

To purchase passes and tickets, and to find out more about UTOPiAfest, visit https://www. utopiafest.com/.