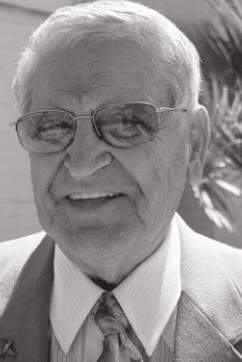 A Word About Recycling

For today’s column, we’ll talk a little about the recycling of electronics, including the reuse of them or components. Let’s start by going a little north to Dallas.

There, an article in the Resource Recycling newsletter started, “Over the first several months of this year, the device-resale business was lucrative for a Dallas-area group of electronics processors. End-of-life recycling is a different story.”

The article talks about a publicly traded company there with the name Envela. This company owns three smaller companies, all located in Carrollton, Texas. For the first quarter of this year, it reported showing a $6.6 million in sales revenue, a 20% increase over the same quarter last year. Its net income for this same period was $1.1 million or about a 34% increase.

The report broke out the figures for electronics reuse revenue as opposed to those of recycling non-reusable items. (The difference rather surprised me.) “For device resale, it reported $4.7 million in revenue (up 34% year over year) and $2.6 million in gross profit (up 84%) during the first quarter.”

Executives in the company believed the increase in resale revenue was mainly because they had increased the number of types of products they were handling for resale. Whereas, the decrease in the recycling side was felt to be because of the effects of the pandemic.

But fortunately, the company believes the recycling aspect will come back more to the way it was. “As the country is heading back to offices, schools and government buildings from the loosening of restrictions of the COVID-19 pandemic, we are seeing an increase in recycled electronic materials being released for recycling or disposal.”

And of course, we can’t forget the unusual weather we had in February of that quarter, with the resulting power and even water outages. A company spokesperson “Our ability to address these issues expeditiously reflects the Company’s operational acumen and business resiliency.”

He felt the company’s business will continue to, “…benefit from several growth drivers, including accelerated sustainability trends and an increasing supply of used electronics. Overall, we remain confident in our ability to drive profitable growth through 2021 and beyond.”

Switching subjects slightly, a few headlinetype items. 1) The company, Back Market, this week announced an investment round delivering the company $335 million, the latest large dollar figure raised by the refurbished electronics business. (Good.) 2) The Institute of Scrap Recycling Industries recently affirmed its support for the “broad objectives” of the environmental justice movement, including equitable treatment for all people, positive contribution to surrounding communities, and more. (Wonderful.) 3) The federal government plans to cease buying refurbished and used IT equipment through its main acquisition arm, the General Services Administration. The move could hurt dozens of suppliers. (Bummer.)

And with that, we will close for this week. Praying it will be a happy and healthy one for you, till next time, thanks for doing what you can in following the three R’s: Reduce, Reuse, and Recycle.