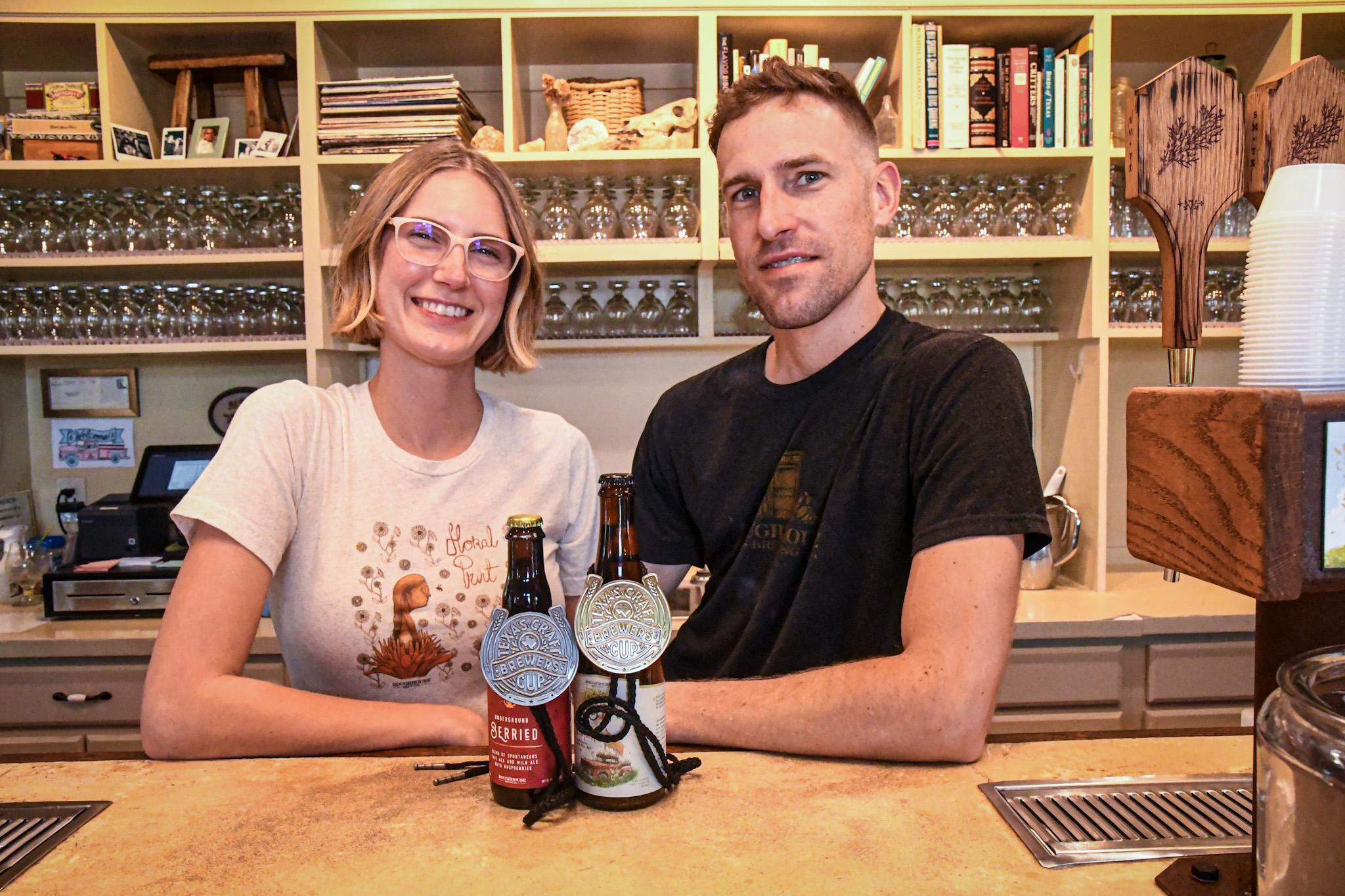 Above, Roughhouse Brewing owners Davy and Alex Pasternak pose next to their award winning beers. Below, Roughhouse Brewing’s Treeform earned a gold award and its Berried brew received a silver at the Texas Craft Brewers Cup on Feb. 12. Daily Record photos by Lance Winter

Something special is brewing west of San Marcos — just off Oakwood Loop — and it’s getting noticed.

For this year’s first ever competition, 755 Texas craft beers were represented. The 81 medal winning beers, along with two Brewery of the Year award winners, were revealed in a closing ceremony at the Texas Craft Brewers Guild’s meeting in Austin on Feb. 12.

“What an honor,” Davy said. “We entered five beers and four of them made it to the final judging which was very exciting. We’re really pleased by the results.”

Davy said he’s proud of his beer Treeform, calling it “approachable as well as historically and stylistically accurate.”

“So, Treeform is going for drinkability, but it’s also going for nuance and complexity,” Davy added. “If we can marry those two — through techniques we’re doing here, using local ingredients, we’re 100 percent satisfied.”

Davy said it’s cool to see something made with all Texas grain and old-world hops.

“What’s exciting about Treeform winning gold for Farmhouse Ales, is that was our vision for the brewery, that beer,” Alex said. “So, it was extra special because it speaks, I think, for our farmhouse agenda, and to have it when gold … well it’s great.” 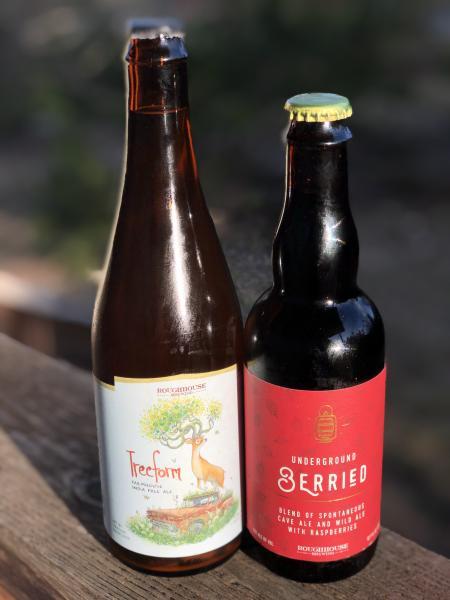 “Davy, as the brewer, is highly motivated to keep driving and nailing a recipe as close to perfection as possible,” Alex added. “We’re really proud of the beer that’s coming out of Texas. Of course, we’re most familiar with Central Texas, but we feel like it’s high-quality stuff. To be among these people, among these winners we respect, it’s great.”

Davy said there are those brewers who think they’ve reached a point where they can’t make their beer any better.

“I’m not really ever going to say that because it can always be better,” he said. “In my mind, there can always be things, nuances I can continue striving for, something that’s truly exceptional.”

At the present time, Alex said they are focusing on small batch taproom releases like their new release, San Marcos Fog.

“We see this as something fun we can do to engage the community and be creative,” she said. “We kind of see that as a fun way to kind of get the local community excited and diversify our menu.” 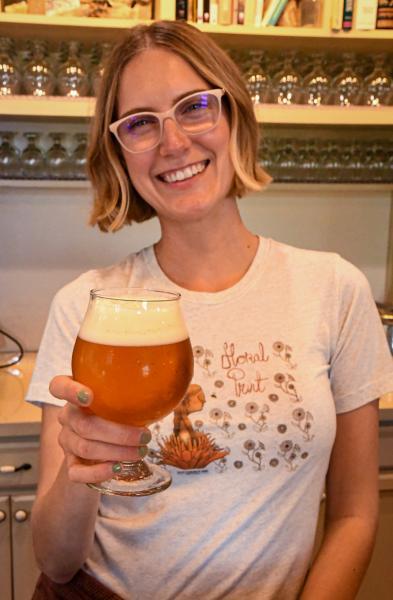 Above, Roughhouse Brewing owner Alex Pasternak holds one of the brewery’s award-winning beers after it received two award at the Texas Craft Brewers Cup. Daily Record photo by Lance Winter

The Berried Beer, which earned silver, was the first time the couple had used raspberries in their brew.

“Yeah, that was our first use of raspberries, heavy on the fruit, I’d say right around four pounds per gallon,” Davy said.  “It was also our second release from the cave, where it was aged. For it to be so highly thought of was a real honor.”