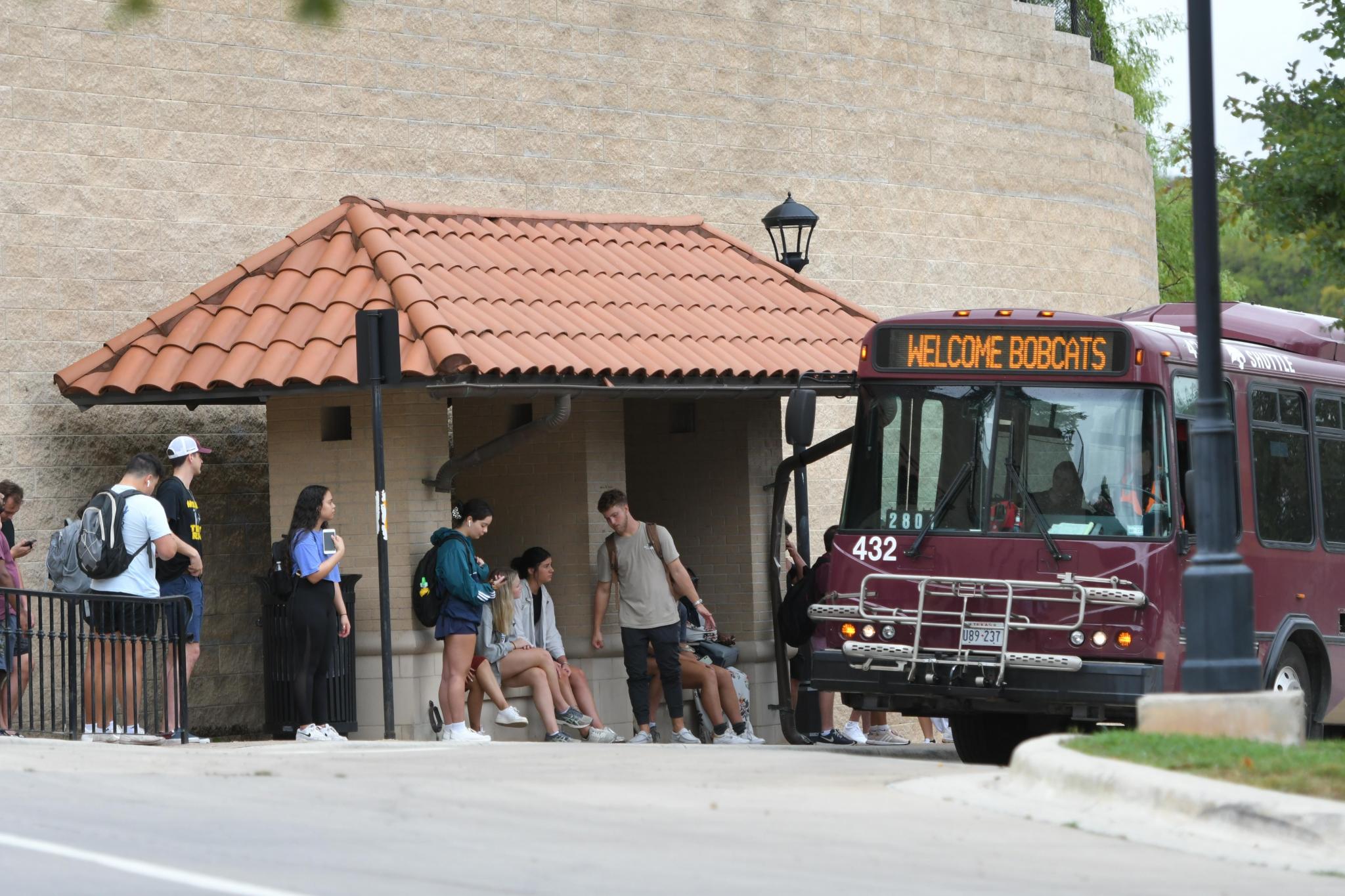 Above, Texas State students wait for a shuttle bus during the first day of class. Daily Record photo by Gerald Castillo

NEW RECORD: Freshman enrollment up 14% over the previous year at Texas State

Texas State University set a new freshman enrollment record for the 2022 fall semester with a 14% increase since last year, according to preliminary numbers from the first day of class.

More than 7,590 freshmen are enrolled at Texas State for the fall semester. In fall 2021, 6,625 freshmen enrolled for the semester, which was the previous record holder for class size.

“We are excited so many freshmen have chosen to become Bobcats," Texas State University President Kelly Damphousse said. "This historic class is a testimony to Texas State’s commitment to student success and to providing a one-of-a-kind campus and educational experience that prepares our graduates for the workplace and the world.”

Texas State said it remains committed to increasing college access by continuing its test-optional admissions. The university will also assure admissions for the top 25% ranked high school students beginning in 2023.

“The University made a strategic investment in new merit scholarships for first-year students and new transfers in the past two years,” said Gene Bourgeois, Texas State provost and vice president for academic affairs. “The goal was to reach more students with financial aid and scholarships. We are pleased to see many new bobcats take advantage of these awards.”

The university also said it set a record with more than 34,000 first-year applications, which surpassed the previous record of 32,686 set in 2020.

Texas State said the number of incoming freshmen ranked in the top quarter of their graduating class increased by 26% — 643 more than last year.

The university also said a record for total number of first-time undergraduate and graduate students at 11,322, which surpassed 11,000 new students for the second year in a row.

Texas State will finalize enrollment numbers on the 12th day of the fall semester.