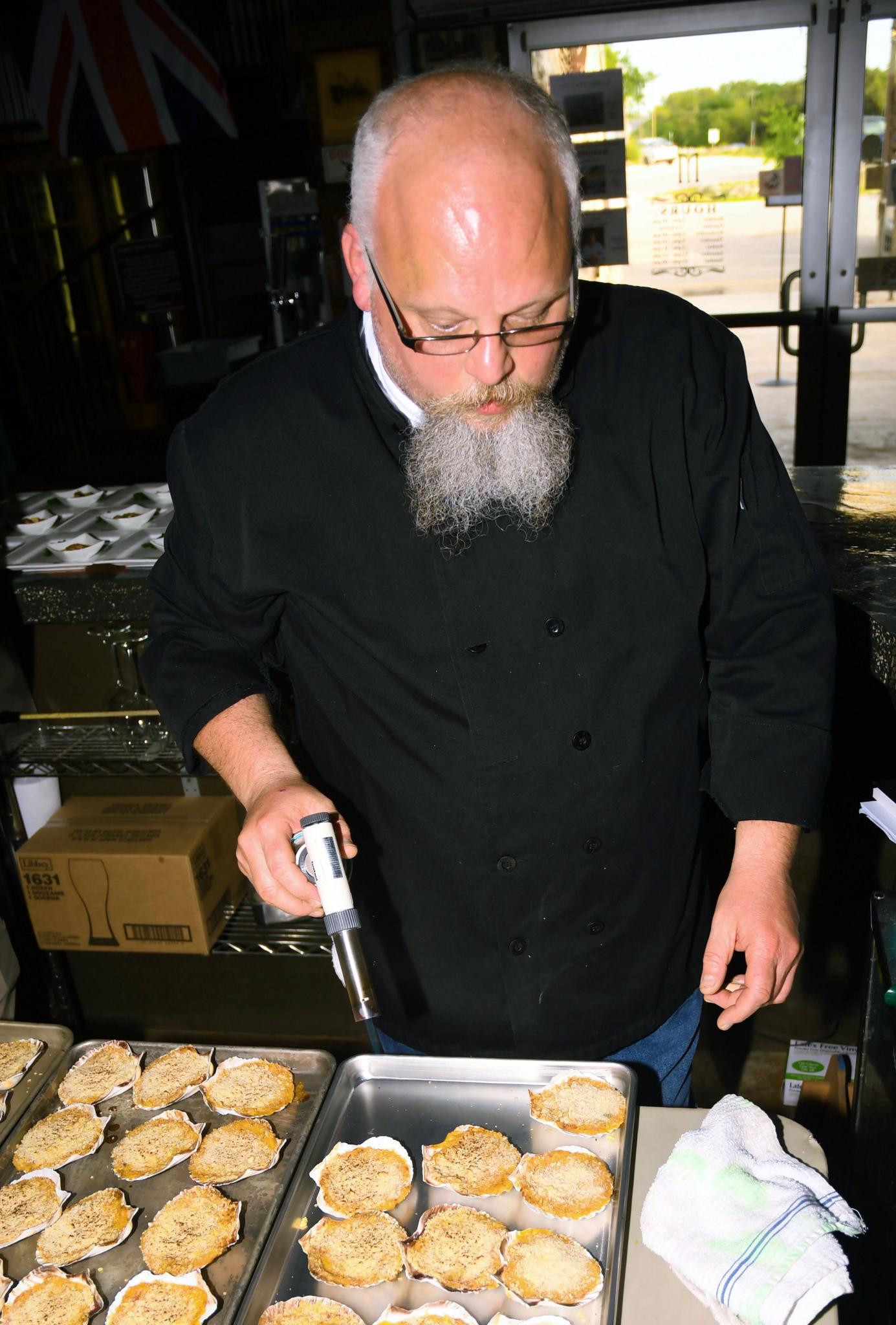 Chef John Sanderson takes attendees on a trip around the world, through the taste buds. Daily Record photos by Lance Winter

Ever notice how some foods are just meant to be together? Peanut butter and jelly, chocolate and caramel…hamburger and fries.

Carl Rabenaldt, co-owner of Middleton Brewing, and his customers know all too well what makes a perfect culinary union - only they’ve stepped it up a notch.

Every four to six weeks the brewery offers patrons a dining experience not seen many places in Central Texas, let alone the Texas Hill Country.  The idea is to pair great food with great beer. At Middleton Brewing it’s called Culinary Zymurgy.

Webster’s dictionary defines Zymurgy as a; “branch of applied chemistry dealing with fermentation, as in winemaking, brewing, the preparation of yeast, etc.” 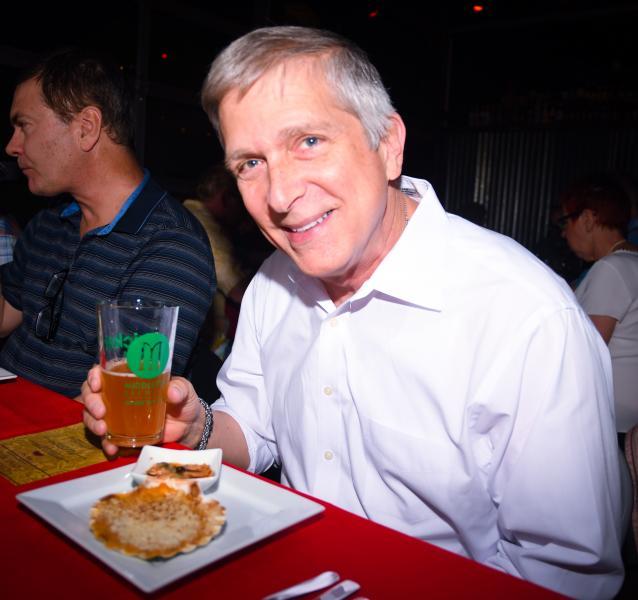 Steve Matt, of Lakeway has made it to 14 of the 16 Culinary Zymurgy events at Middleton Brewing.

It sounds technical, but to fans attending the savory event, it’s just great food, paired with a wonderful beer selection, and fun atmosphere.

“We kicked off Culinary Zymurgy in 2017,” Rabenaldt said. “We were speaking with Chef John Sanderson on one occasion and he suggested we do something together. The idea of food and beer pairing was a unique concept, so the brainstorming began.”

It wasn’t long before the concept took off and the name Culinary Zymurgy was born.

“When we first started it was every few months, but people enjoyed it so much we began having it more frequently,” he said. “Each Culinary Zymurgy dinner follows a theme. We have had Mexican, Brazilian, American and many more. Our last theme was from Spain. We try and keep the group of diners small, no more than 40 people, where it’s more intimate and special.”

Chef Sanderson said each time Culinary Zymurgy takes place it like taking your taste buds on a trip around the world. During their most recent event, a five-course - tapas styled menu - was served to those attending. 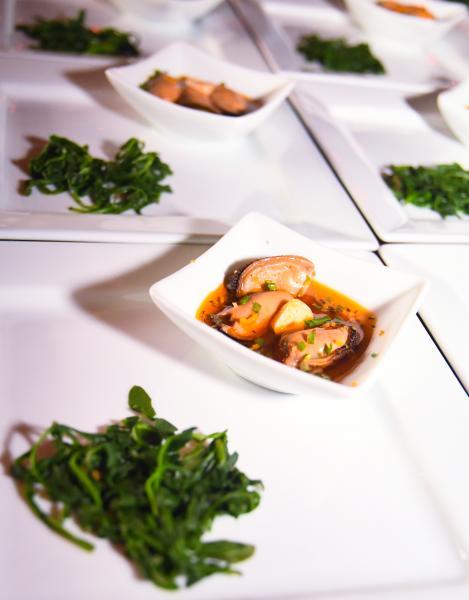 One of the most popular foods at the event, mussels.

The theme was Spain and on the menu:

Chef Sanderson, a classically trained chef from the Culinary Institute of America, said he loves the events.

“Elevating your experience with food and drink is my passion,” he said. “I love this, and I want to make it something people hear about and want to attend, from Austin to San Antonio…even Houston. Our last Culinary Zymurgy dinner included a couple from Germany.”

Sanderson, a free form or boutique chef began cooking when he was just 14.

As for the future, Rabenaldt he said they’ll keep doing what they’ve been doing, with minimal tweaking.

“Other than something like pizza, most people believe beer doesn’t pair well with food. I can tell you with certainty the right beer and food pairing will give you a delightful experience,” Rabenaldt said. “If you keep an open mind and try it – you’ll enjoy it.”

Middleton Brewing is located on Ranch Road 12.  The next Culinary Zymurgy is May 7 – the Tuesday before Mother’s Day. The focus will be centered around Mother’s. Contact Middleton Brewing for reservations at 512-667-6716