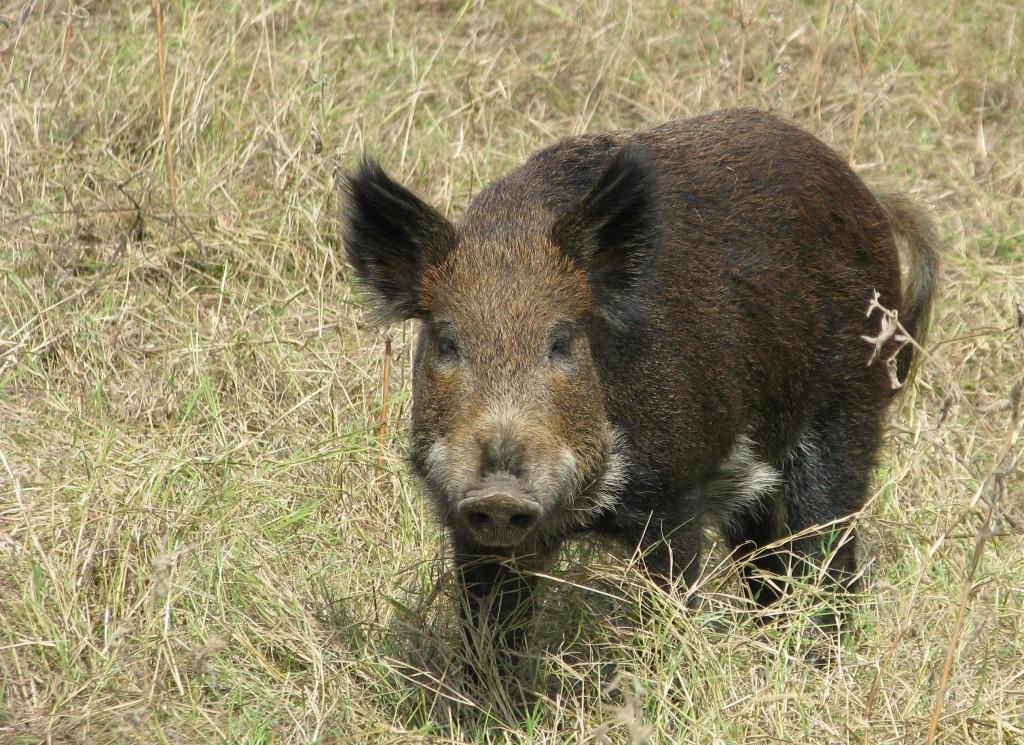 Spring has arrived and with it, a renewed effort to eradicate damage inflicted on crops, lawns and pastures done by feral hogs.

Both Hays and Caldwell county have seen extensive damage from the hogs, which are responsible for upwards of a half million dollars in damage each year statewide. Texas is home to some 3 million of the hogs.

Yet the counties have taken different tacks on controlling their population. Caldwell County, as part of its Central Texas Feral Hog Task Force, is offering a bounty on feral hog tails. Hays, meanwhile, has concentrated on methods and equipment to trap the hogs as well as “aerial control services” for landowners.

The tails of hogs harvested in Caldwell County can be turned in for bounties on the first Wednesday of the month through Aug. 7 to Smith Supply, 1830 Colorado Street, Lockhart, between the hours of noon and 3 p.m. Those who do so will be required to fill out a W-9 for participation, which can be obtained at Smith Supply and the Feral Hog Taskforce's website. The form must be filled out to guarantee the hog was taken in that county.

Efforts in Hays County, meanwhile, are being funded by a $13,100 grant from the Texas A&M Agrilife Extension Service. Grant money will be used to fund a feral hog workshop and three webinars, aerial control, damage assessment and trapping equipment.

This new initiative has brought together the Task Force, The Meadows Center for Water and the Environment, the Cypress Creek project, San Marcos Watershed Initiative and the Plum Creek Watershed Partnership.

“The 2019 feral hog program in Hays  County has a great opportunity for sustained success as we have received both the continued funding and support to coordinate on a regional scale with projects in Caldwell County and Guadalupe County,” said Nick Dornak, director of Watershed Services at the Meadows Center.

The animals are particularly destructive to waterways. Because they lack sweat glands, hogs seek relief from the summer sun by sheltering along rivers and creek, with the potential to foul those waterways, which include Plum Creek and the San Marcos River.

A feature component of the Hays County feral hog program in 2019 includes free corral trapping kits for up to 12 program participants. The kits will be available for pickup from King Feed in Wimberley and include t-posts, panels and a 40” door.

To be eligible to receive a free trapping kit, participants must confirm that they own or manage land in Hays County by completing a 2019 feral hog survey and damage assessment. Surveys can be picked up at the Hays County AgriLife Extension Office, 200 Stillwater Road, Wimberley, TX 78676 or downloaded from the task force website.  Selected participants will be issued an equipment voucher to present when picking up their kit.

Landowners requesting aerial control should contact Dornak at nickdornak@txstate.edu. Details on the workshop, to be held later this spring, are available at the Feral Hog Taskforce's website.