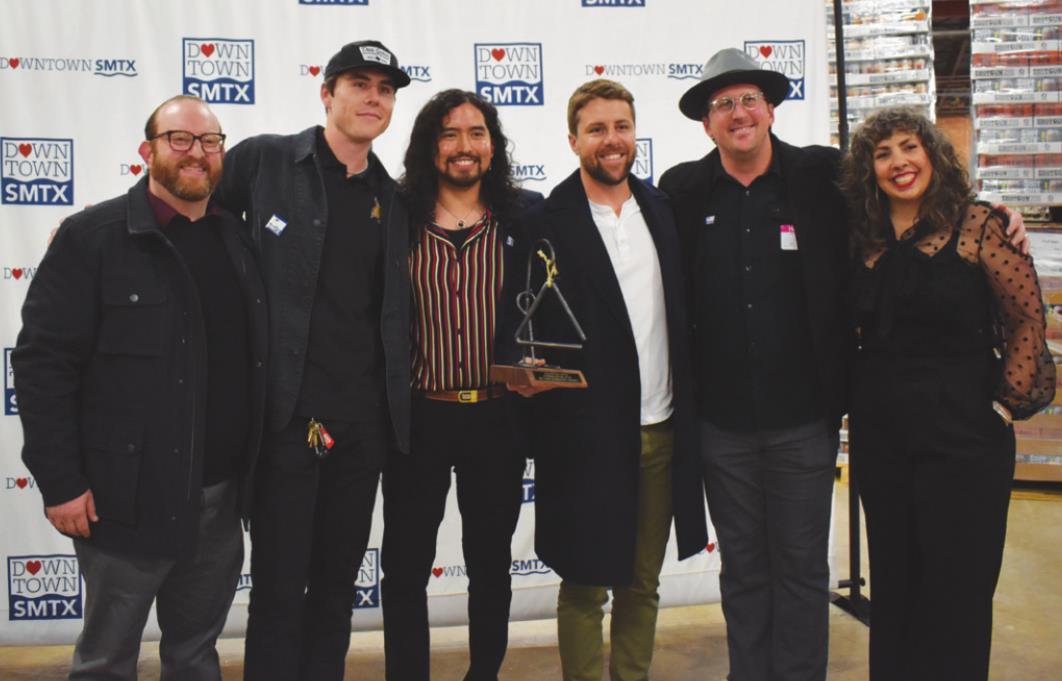 Above, Main Street Program awarded Zelicks Icehouse with the Business of the Year award during the 7th annual Love Downtown Awards on Friday. Daily Record photo by Alyssa Gonzales

Local businesses owners and guests gathered for the 7th annual Love Downtown Awards to celebrate and recognize businesses and volunteers for their contributions to downtown San Marcos at AquaBrew on Friday evening.

Downtown Manager Josie Falletta expressed her excitement regarding the San Marcos Main Street Program being able to put the event together after two years without it due to the pandemic.

Falletta also recognized those who assisted in making the event possible, including Lori Foster, one of the new owners of AquaBrew, the Main Street Advisory Board and the Main Street Program staff and interns.

“It’s very special that we have such a strong presence of locally owned businesses in our city center and so this event is all about you, it’s our opportunity to appreciate you and tell you how much we care about you about all of the wonderful things that you do,” Falletta said.

Prior to announcing the award winners, Mayor Jane Hughson and Falletta recognized downtown community members who have left us by “ringing the bell” in their honor, including Ted Breihan of Breihan Electric Company, John Diaz of Sign Arts and Alison Tudor, creator of the Historic Photos of San Marcos Facebook page.

“Every year we recognize our downtowners who have passed to honor them and to show them that we care,” Falletta said.

The winners of the evening included:

“When we opened Zelicks Icehouse that’s basically what we wanted to do, was become part of the community and I think we’ve done that. I really appreciate this award, thank you so much,” said Chase Katz, owner of Zelicks Icehouse.

The Main Street Advisory Board also recognized Linda Coker, who has served on the board for the last six years and will be leaving the board. 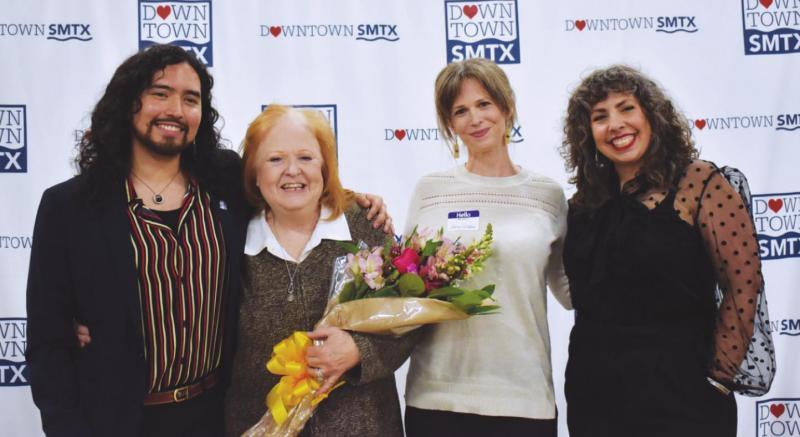 “San Marcos has always been a special place and I’m just happy to be here,” Coker said.

Guests enjoyed drinks from AquaBrew and food from various local businesses including Pho Tran88, K-BOP and Babe’s Doughnut and Coffee.