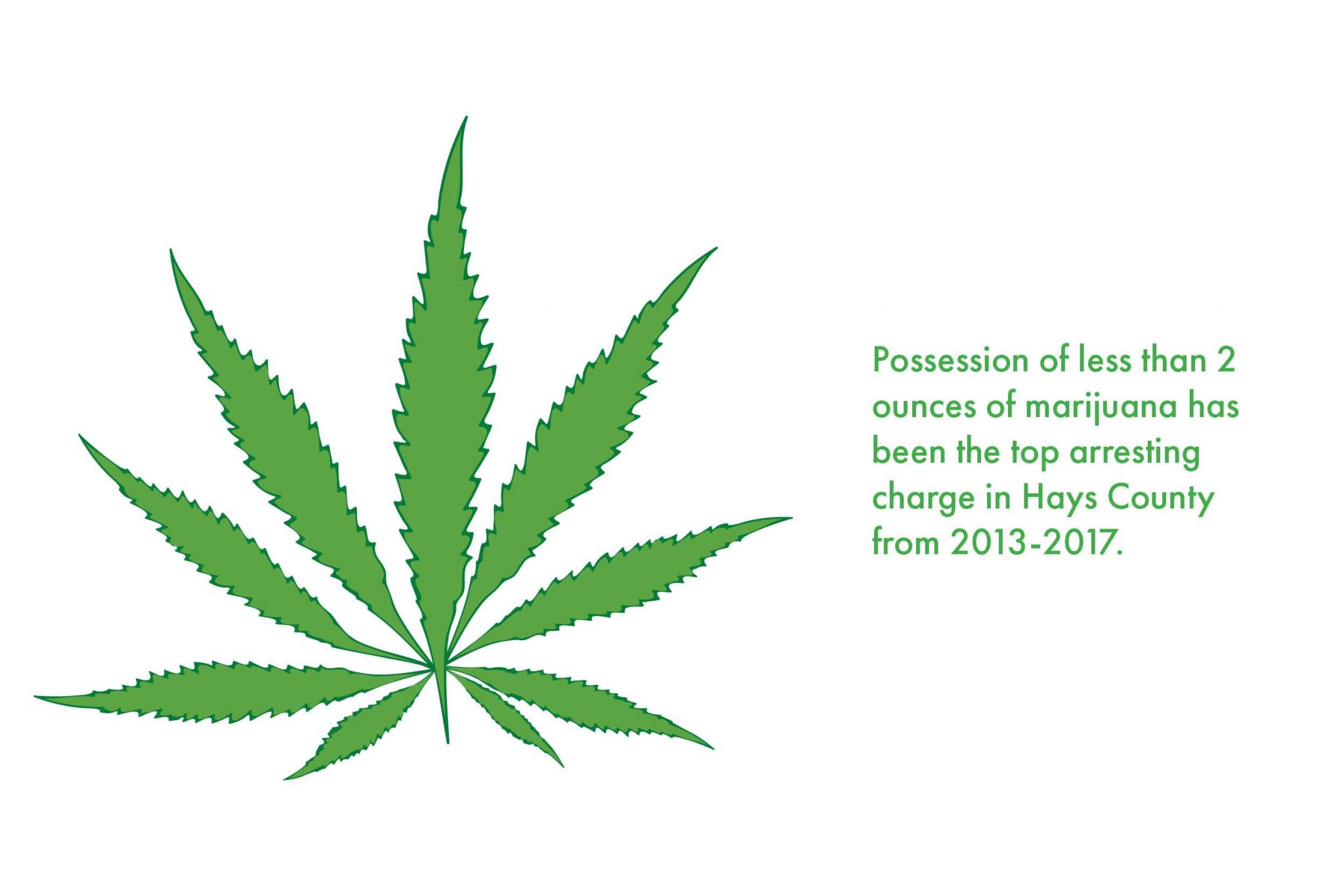 As district attorneys around the state dismiss marijuana-related prosecutions in the wake of House Bill 1325, Hays County Criminal District Attorney Wes Mau has stated that Hays County will continue to accept marijuana cases.

On Tuesday evening, Mau clarified his intention for future marijuana-related prosecutions following the signing of House Bill 1325. According to Mau, the Hemp Regulation law did not “legalize possession or distribution of small amounts of marijuana in Texas.”

House Bill 1325 followed the 2018 Farm Bill, a provision that legalized hemp at the federal level. The bill, which was signed into law on June 10, promotes the expansion of the hemp industry in Texas and makes hemp a viable agricultural commodity.

“The Hays County Criminal District Attorney’s Office (HCDA) will continue to accept marijuana possession and distribution cases from law enforcement, and will continue to deal with those cases as justice requires, as well as any additional charges under the new law,” Mau stated in a press release.

While Mau will continue to accept marijuana cases, he also stated that the bill brings new offenses and violations for handling hemp in violation of the law’s regulations.

“These new offenses include transportation of hemp without proper documentation or failing to provide that documentation upon request of a law enforcement officer,” Mau stated. “If facts justifying prosecution under the new statute arise, the HCDA will prosecute those cases as well.”

Mau’s statement means that Hays County will now join the counties of Galveston, Montgomery and El Paso, who have all expressed their intention to continue accepting marijuana cases, according to The Associated Press.

Several counties, including Tarrant, Harris and Travis County, have dismissed certain marijuana cases due to the new law.

Hemp and marijuana both share a similar definition, the only difference being the level of THC: hemp is defined as the plant Cannabis sativa L having less than 0.3% THC, while marijuana is Cannabis sativa L with more than 0.3% THC. Now that hemp is legalized, authorities must prove the percentage of THC in order to prove a substance is marijuana, according to The Associated Press.

“As with all criminal cases, if forensic testing is necessary before a prosecution can go forward, the HCDA will examine the need for the testing against the time, money and resources required to obtain the test results, and proceed as appropriate on a case by case basis,” Mau stated. 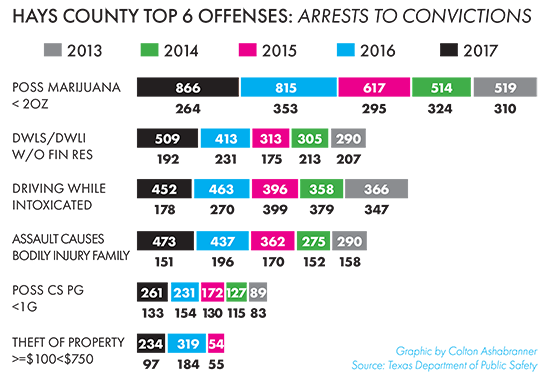 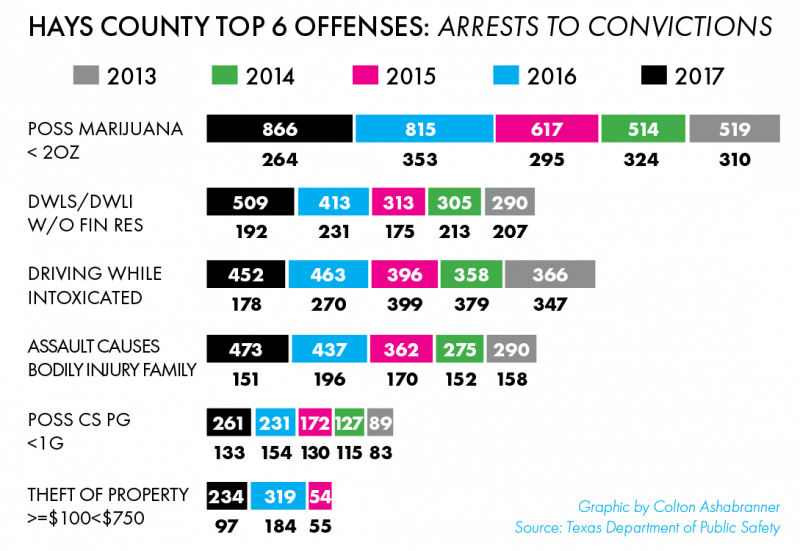 Karen Muñoz, chair of Mano Amiga's board of directors, expressed her disagreement with Mau’s decision.

"D.A.s across Texas are announcing they will stop prosecuting marijuana possession, yet Wes Mau has decided he nonetheless prefers business as usual — never mind the clogged court dockets and a jail so stuffed we've already spent over $1,000,000 this year just to outsource our incarcerated population elsewhere," Munoz said. "Yet, pot remains a priority?"

According to data from the Texas Department of Public Safety, possession of marijuana caused the highest number of arrest charges in Hays County from 2013-2017.

San Marcos City Council member Mark Rockeymoore said in a statement that the fact that Austin has chosen to pursue another course is a decision that should inform, but not necessarily guide the decision of Hays County.

“The difficulty that Hays County law enforcement officials face in pursuing these cases is formidable, as testing equipment for THC concentrations is generally not available at the county or city level,” he said. “HCDA’s decision to not only continue to accept marijuana cases but also to accept new hemp-related cases according to the new guidelines could potentially create a heavy backlog of cases that could keep people in jeopardy or incarcerated for even longer periods of time.

“Of course, if Hays County already posses the wherewithal to accept and adjudicate these cases in a timely manner with the requisite technology, identified outside laboratories and funds for expert witnesses, citizens of this county look forward to hearing more details regarding this capacity,” Rockeymoore said.