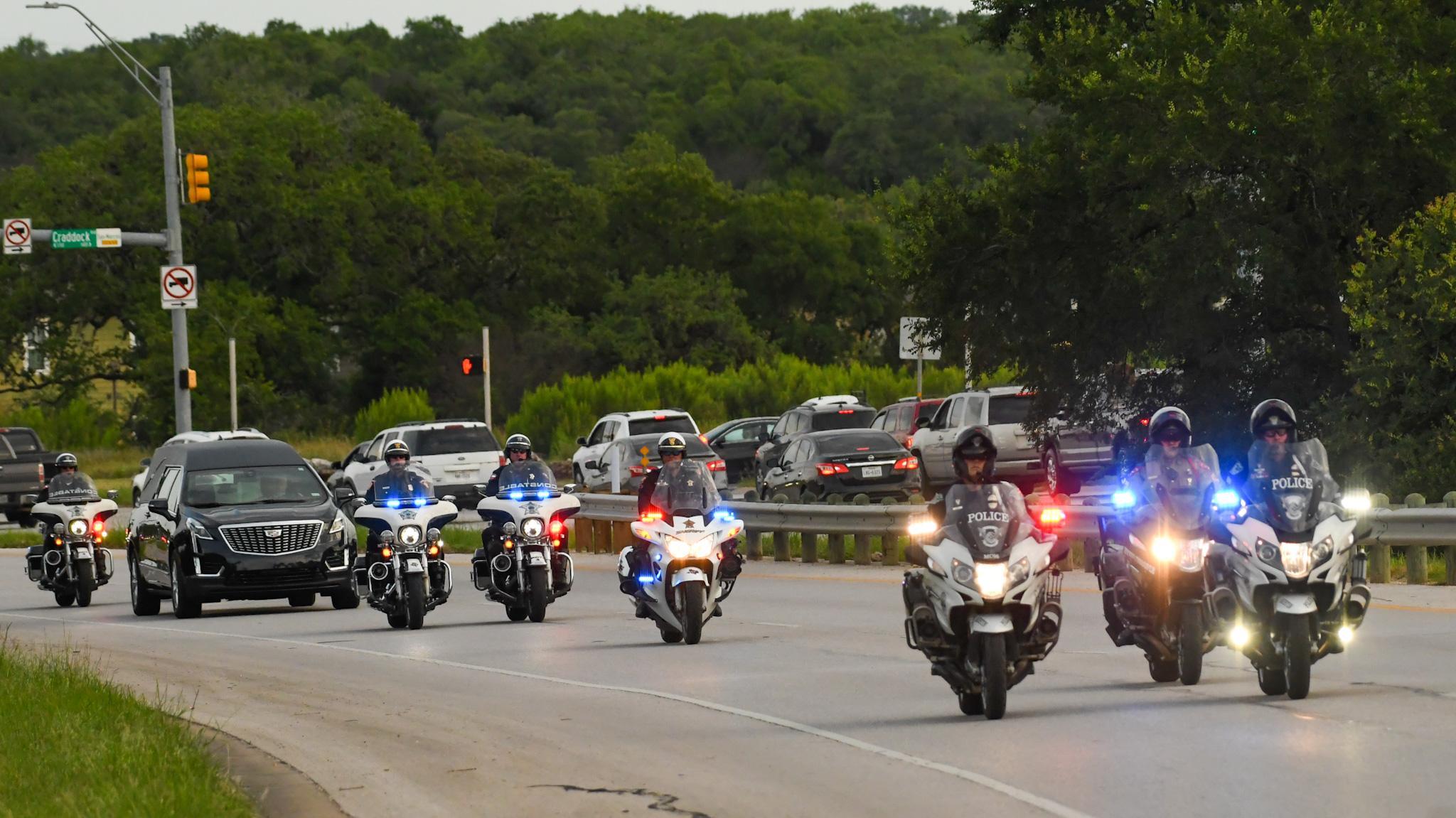 Above, a procession led by members of the San Marcos Police Department guides a hearse carrying Officer Justin Putnam to his funeral at Shoreline Church in Austin. Daily Record photo by Lance Winter. Below, Putnam's casket is carried into Shoreline Church by an honor guard. Photo courtesy of the City of San Marcos.

Following a procession from Thomason Funeral Home in San Marcos, hundreds gathered at Shoreline Church in Austin for a public funeral.

“Covid prevented us from having a more timely service,” said Rob Koke, senior pastor at Shoreline Church. “But giving honor and tribute to a selfless sacrifice, to courage, and to a life well lived is never something that should be taken for granted. It is always worth the wait.” 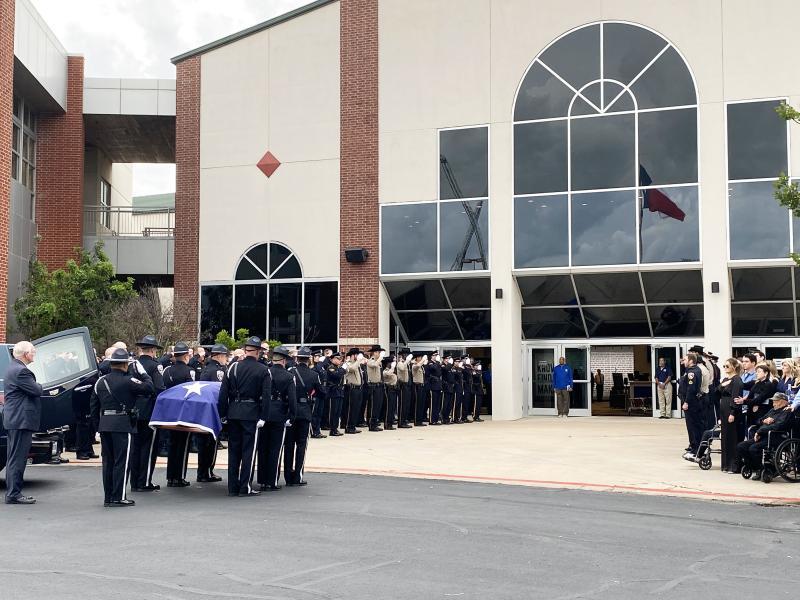 Putnam was killed in the line of duty on April 18, 2020 when he and SMPD officers Franco Stewart and Justin Mueller were responding to a domestic disturbance call at Twin Lake Villas Apartments — 2917 Hunter Road.

“He usually had a smile on his face and his ball cap turned backwards until his supervisor showed up,” SMPD Officer Brad Seals said. “He will forever be remembered for his care and commitment to the community. He will forever be missed as a son, fiancé, brother, friend, and coworker, dog dad and a generally exceptional human being with a terrible mustache. Justin was rarely found without a smile on his face and freely dispersed his unique perspective on life to all who would listen.”

“When I think of Justin I think of good, clean fun,” Powell said. “He never came in with an agenda. It was all about having fun. He never laughed at others. He laughed at himself. It was all about creating joy for other people. I can’t talk about Justin without quoting Justin’s life coach Lil Wayne, ‘Make jokes, no stress, love, live life, perceive and progress.’

“Some people jump into the pool of life trying not to make a splash,” Powell added. “Justin was a human cannonball. He was wild, rowdy, he had an effect on people. He put you in the splash zone. No one could convince you to get in that water better than Justin. He made me realize I don’t want to leave this world simply having visited it. Justin didn’t just visit. He lived here. He created life here. He made us all live better. To me that’s the definition of a beautiful life.” 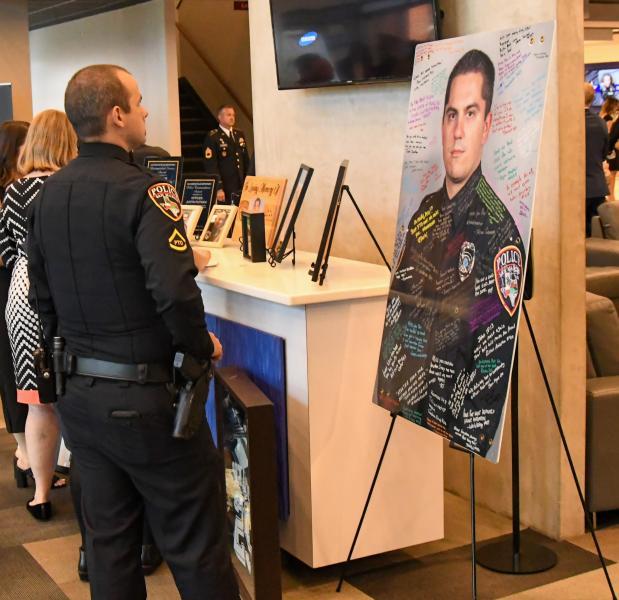 “During his career, and this is by all means not an exclusive list of the things that he did, but as I was trying to go through the Rolodex and memories of all the contributions he made as an officer, he pulled a child out of the arms of an individual who was using him as a shield in a hostage situation,” Williams said. “He was one of the first officers on scene the night of the Iconic Village fire. He was the one who immediately started organizing officers and reminding them, ‘Hey don’t park where the big red trucks needed to be,’ Kevin (his dad) would be proud.”

Following a video tribute, San Marcos Chief of Police Stan Standridge awarded Putnam the  Medal of Honor. The award was given to Putnam’s family by San Marcos Director of Public Safety Chase Stapp and SMPD Chief of Administration Bob Klett.

“Officer Justin Putnam stood in the tradition of our finest, exhibiting acts of courage and sacrifice far above his calling as a peace officer for the City of San Marcos,” Standridge said. “Officer Justin Putnam’s courage, fortitude and uncommon valor are in keeping with the highest traditions of the police service and reflect credit upon himself, the San Marcos Police Department, City of San Marcos and the great state of Texas.”