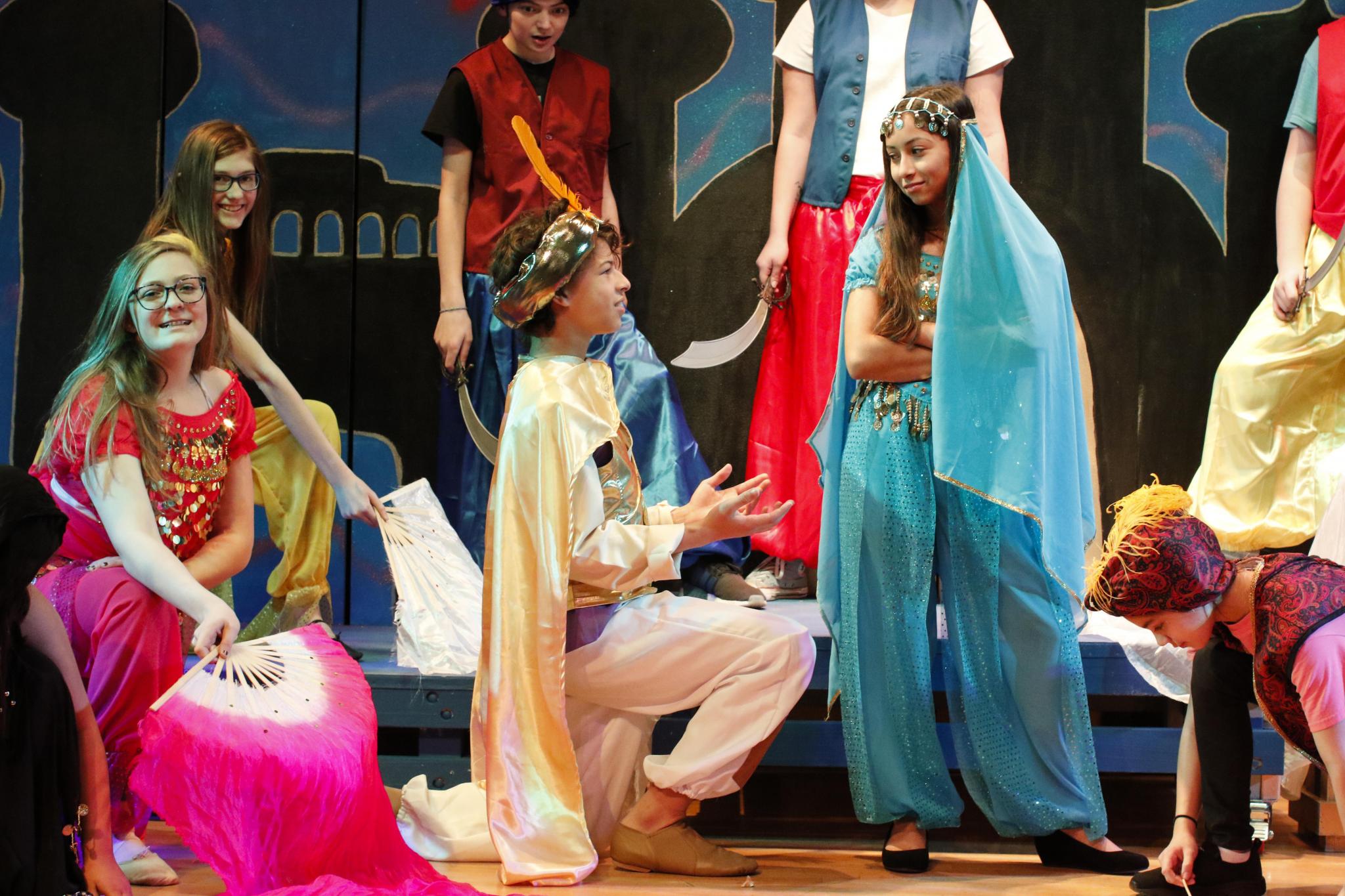 Students at Miller Middle School transport their guests to the fictional city of Agrabah in their production of the musical “Aladdin Jr.” Following the number “Prince Ali,” street rat Aladdin (Christian Young), pretending to be a wealthy prince, presents himself as a suitor to an unimpressed Princess Jasmine (Rosario Castro-Rosas). Daily Record photos by Denise Cathey

Students at Miller Middle School are staging their first-ever musical, which opens today and continues through Monday. The first performance of “Aladdin Jr.” is at 6:30 p.m. at the school, with additional performances scheduled for Saturday, March 9 at 6:30 p.m., Sunday, March 10 at 2 p.m. and a special understudy performance Monday, March 11 at 6:30 p.m.

Tickets are $5 for the general public, and $3 for students. Every penny of ticket sales goes back into funds for upcoming productions at Miller.

The Genies (Elizabeth Taylor-Atkins and Mackenzie Smith) hold their lamp aloft as they sing the opening number “Arabian Nights.”

The production is a milestone considering that this is only the second year that theater arts have been offered as part of the school’s curriculum and also because this is the first year for the school’s theater arts teacher Gina Braswell.

“Aladdin Jr.” was chosen by a student vote, and rehearsals have been going on for the past two months with Braswell and choir teacher/music director Mario Contreras to master the complicated music and choreography. The production’s elaborate costumes were funded through ticket sales from the school’s productions of William Shakespeare’s “A Midsummer Night’s Dream” and two nights of improvised comedy the students named “Improvaganza.” 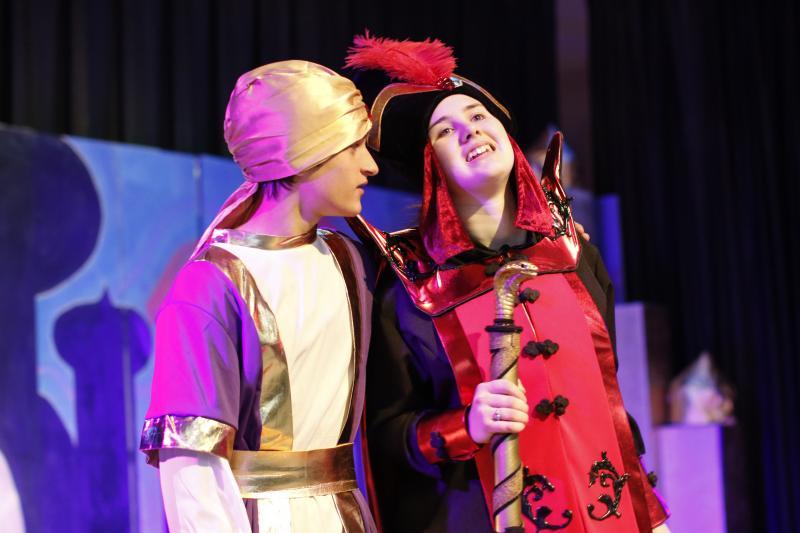 The Sultan (Tylor Lewis) complains to his advisor Jafar (Ella Dardeau) after his daughter rejects yet another suitor, while Jafar hides his own plotting to replace him as the next sultan.

In addition to learning the music and choreography, students worked after school to paint the set, build props and install and adjust lights and sound equipment. “These hard-working students will be working right alongside the singing and dancing cast as they run lights, set changes and sound effects for the performance,” a press release from Miller said. “Students at Miller have put in countless hours of hard work and rehearsals … and they are so excited to be a part of this milestone,” it continued.

Prior to joining the San Marcos CISD, Braswell had worked with The Globe of the Great Southwest and several theaters in Chicago. She spent three years with the Colorado Shakespeare Festival in Boulder, and holds a bachelors and masters degree in theater theory and practice.