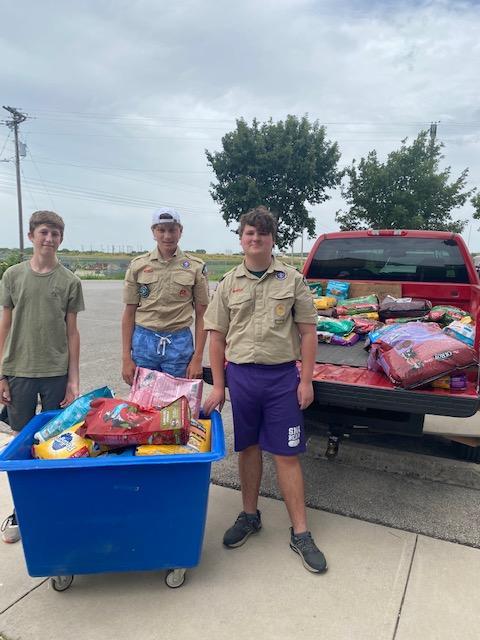 Trent Habbit, a member of Boy Scouts of America Troop 112 of San Marcos, completed an animal food donation to the regional animal shelter on June 15.

“I would like to say a big thank you to my family, Troop 112 members and friends that donated animal food, totalling over 600 pounds,” Habbit said. “Also, thank you to Troop 112 for helping with project day bringing together the project, Four Paws Forward, as I work toward becoming an Eagle Scout.”

Habbit completed the first portion of his project on March 26 after he visited the animal shelter and was told about two needs: an improved outside bathing area and a need for animal food for their pantry.

Habbit's Boys Scout project day created a new outside bathing area at the San Marcos Regional Animal Shelter and was completed by Troop 112 members, directed by Trent Habbit. In addition, to the outside bathing area Scouts received directions to makeover the yard dog statue.