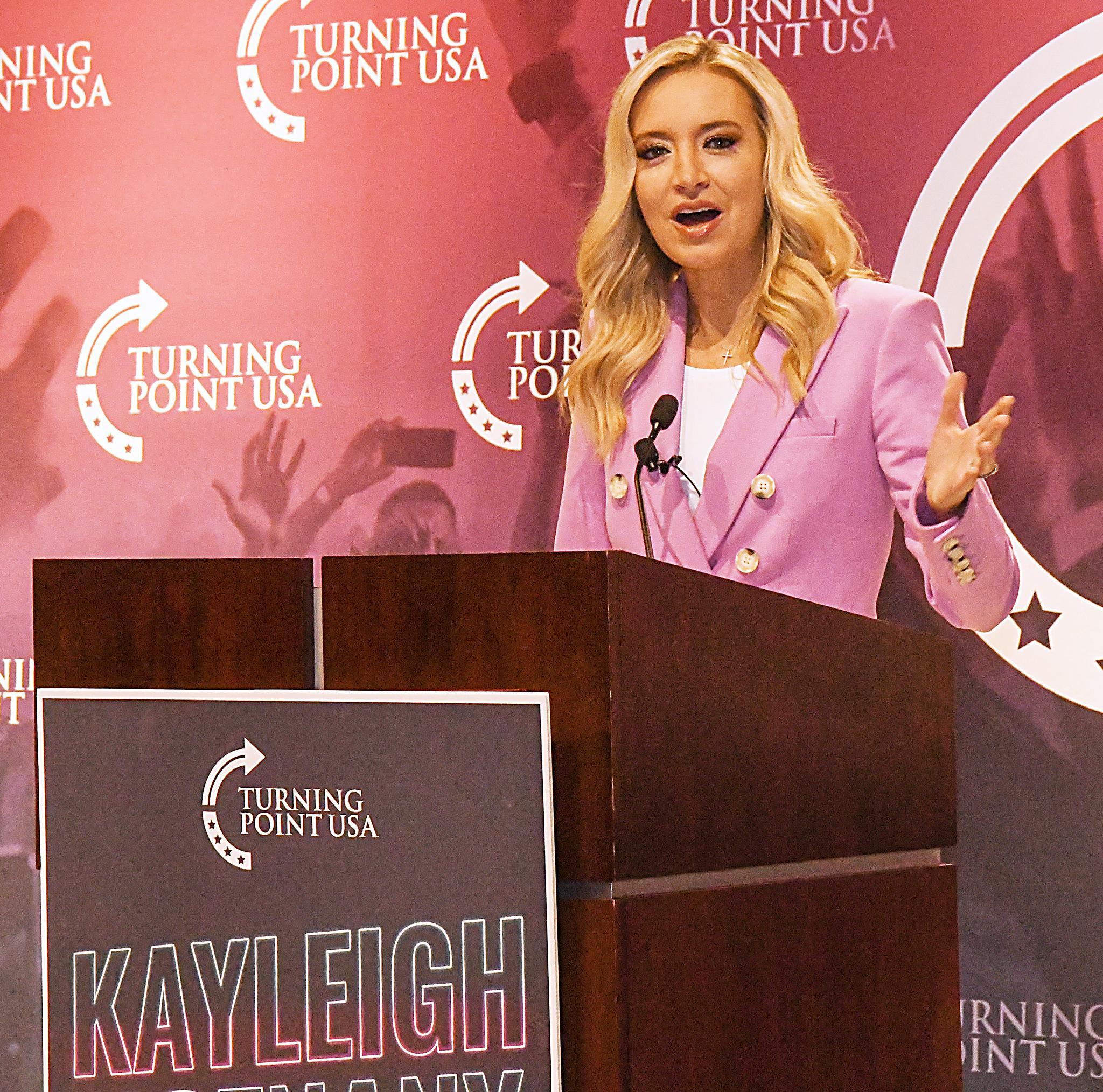 “It was the honor of a lifetime but since I left the podium, a lot has changed. The press secretary has changed, and so has the line of questioning,” she said to a roar of laughter.

She cited an example where they used the phrase “warriors” to describe everyday Americans fighting the pandemic.

“The President was using the term as well,” McEnany said. “The press asked what was the thinking of using that description, and is he asking Americans to put themselves in harm's way, like warriors do? I said no, I think he's just praising Americans fighting their way through the COVID-19 pandemic.”

McEnany said she was also asked by a reporter if President Trump thought it was a good thing that the South lost the Civil War?

“Not only are the lines of questions not the same but neither are the answers,” she said. “We were told there wasn’t a crisis on the southern border. Well, I think when you have 15,000 migrants sitting under a bridge in Del Rio in human excrement that is the definition of a crisis.”

McEnany told the audience how she became selected for the position that lasted from April 2020 to January 2021.

“That morning I listened to a sermon from Joyce Meyer about faith over fear. I listened to Christian music on my walk to the White House. I Tweeted out Philippians 4:13, ‘I can do all things through Christ who strengthens me,’ I had a lot of people reach out to me that day.”

McEnany, before answering questions, listed several instances where press misinformation was eventually debunked, and she read them aloud.

Asked what the day in the life of a press secretary is, she said it varies.

“They vary day-to-day,” she said. “Reporters tend to dictate what happens during the day, whatever headlines they decide to come up with, true or untrue ... I can tell you President Trump would call late at night, early in the morning… he's so funny and great to be around.”

McEnany was then asked what one thing she learned about President Trump people would be surprised to learn about?

She said his focus on family was very strong.

McEnany was asked several other questions, but one seemed to resonate more than others.

She was asked what advice would she give to conservatives, especially those who are younger, about how to survive and thrive when they're surrounded by so many institutions that are blatantly liberal, even opposed to conservatives?

“I know you guys have probably experienced it a lot in the classroom,” she said.  “Just know your facts, that's number one.

“Alan Combs, one of my mentors who's a Democrat, said to me one night, ‘Kayleigh don't fight fire with fire, fight fire with water.’ I thought it was so powerful. I learned to smile, get my talking point across with grace, softness and kindness. Bring your facts, never lose your cool, and speak the truth gracefully.”