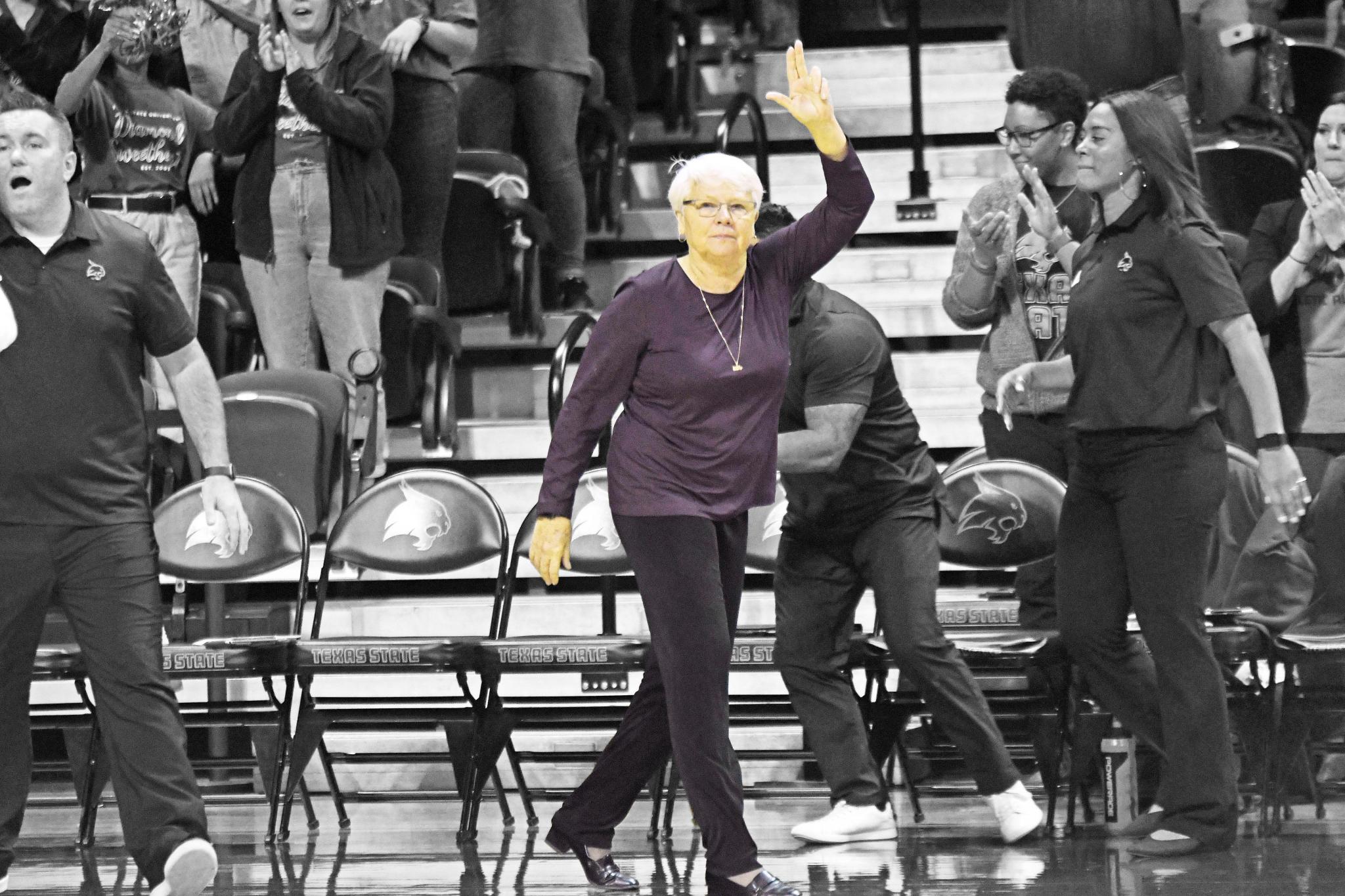 A Bobcat legend is finally taking a break.

Sources told the Daily Record that Texas State head coach Karen Chisum is stepping down after 40 seasons with the University. Chisum informed her players of her decision Monday afternoon.

“It has been an absolute honor to work alongside Coach Chisum,” Executive Senior Associate Director of Athletics Tracy Shoemake said in a statement. “She is a Texas State treasure and we are blessed to have her as a lifelong Bobcat.”

“Coach Chisum has built the model at Texas State,” Director of Athletics Dr. Larry Teis also said in a statement. “She is truly a Bobcat legend. She has represented not only the athletic department, but the entire university with great pride.”

Chisum, 69, began her career with the Bobcats in 1978 as an assistant and was promoted to the head coaching job two years later. She has since accumulated an all-time record of 919-559-3, making her the second-winningest female NCAA Division I coach in history and the seventh D1 coach to reach 900 wins.

"I’ve been blessed for the past 40 years to have been able to lead the Bobcat volleyball program. Surrounded by some of the best in the industry, we have brought this program to an elite level," Chisum said in a letter. "It is time now for me to step aside and enjoy the next chapter of my life."

This story was updated at 4:26 p.m. on Monday to include quotes from Shoemake, Teis and Chisum.