The Texas Water Safari began Saturday morning at the Meadows Center with 176 entrants starting the 260-mile trek to Seadrift.

Billed as the “The World’s Toughest Canoe Race,” the competitors will battle against challenging rapids, dangerous wildlife and near 100-degree heat as they race to the gulf. The 260-mile race runs along the San Marcos River into the Guadalupe River, the San Antonio River and San Antonio Bay, before the finish line in Seadrift. 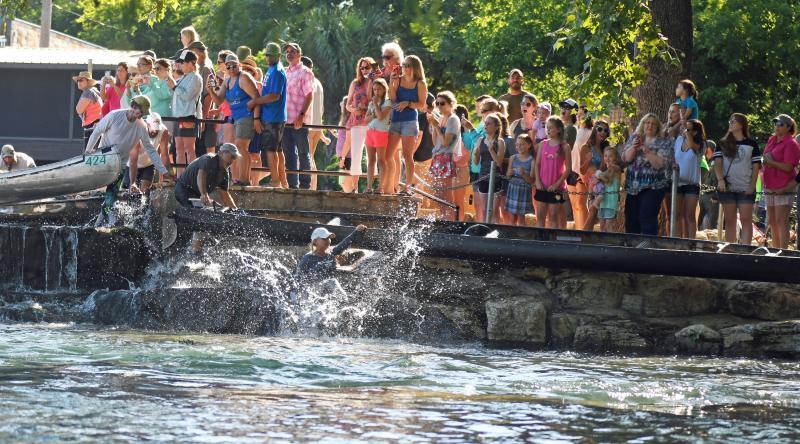 Competitors in the Texas Water Safari port at Rio Vista Park and carry their boats to the other side of the falls as spectators watch on Saturday morning.

As competitors near Victoria, after many hours racing to the end, they’ll endure “Hallucination Alley,” where sleep deprivation catches up and the humming of the Du Pont and Invista manufacturing plants deceive them into believing they’re close to the end. 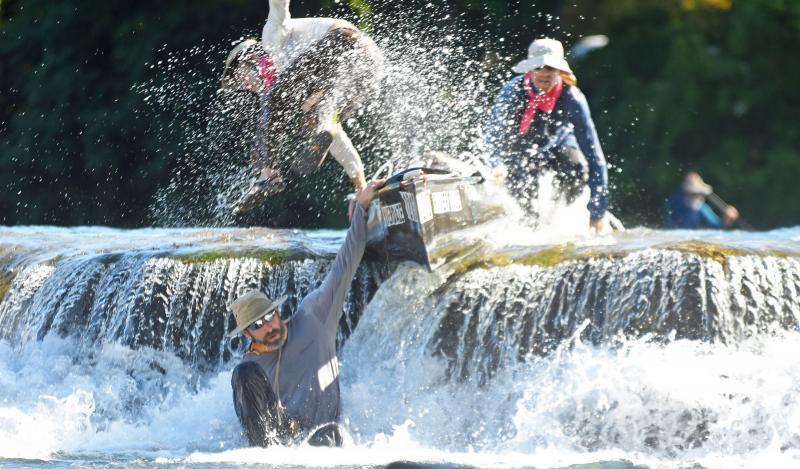 River Daze, a team consisting of Jhet Brazil, Cohl Brazil, Dave Faltys and Yusuf Johnson attempt to go down the falls at Rio Vista Park during the early stages of ‘The World’s Toughest Canoe Race.”

Competitors in this year’s competition have until Wednesday at 1 p.m. to make it to Seadrift. 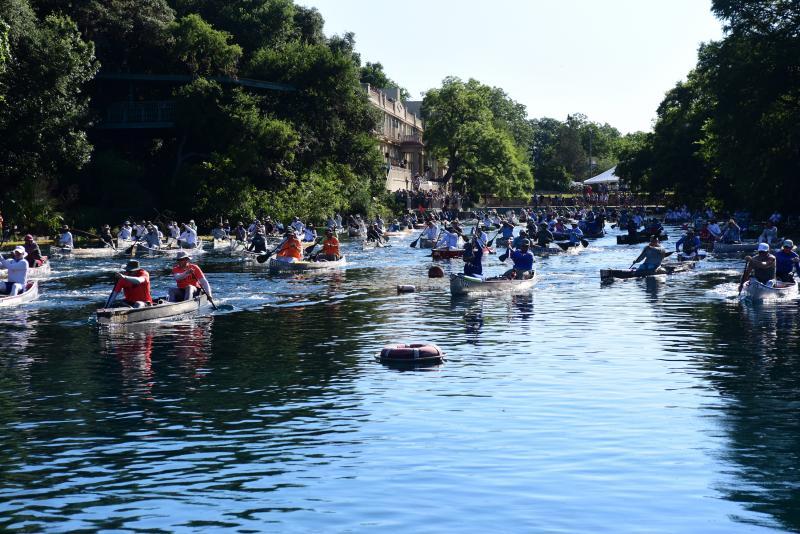 The 176 entrants at the Texas Water Safari begin the 260-mile trek to Seadrift at the Meadows Center at Spring Lake on Saturday morning. Competitors have until Wednesday at 1 p.m. to complete the race. 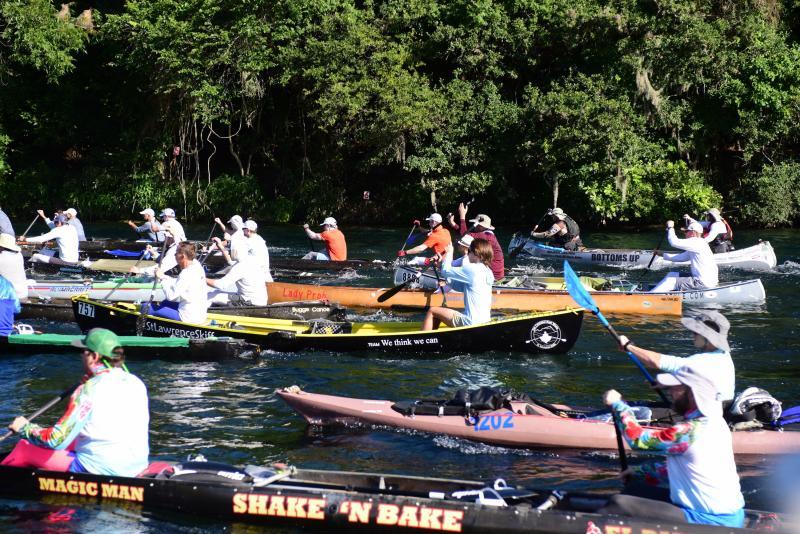 Racers in the Texas Water Safari row their way downstream at the start of the competition on Saturday.