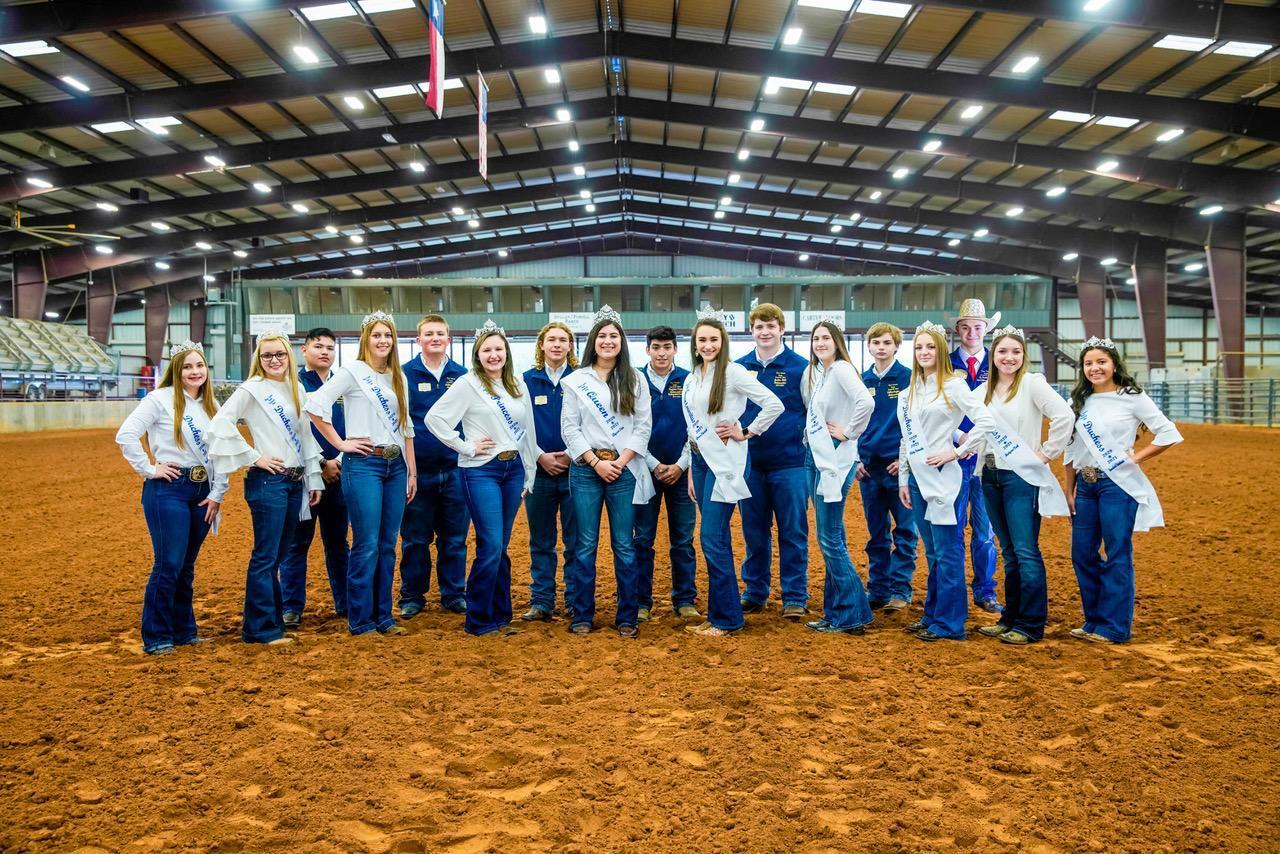 Jeff Dodd, President of the Hays County Youth Livestock Show said the 75th anniversary almost slipped past them. It was thanks to the keen eye of Queen’s Emeritus Grace Vasicek, who happened upon the milestone during her research of the event, which has been held the same week each year since 1946.

“She did that on her own,” Dodd said. “She went to the San Marcos Public Library and scrolled through the archives until she didn’t find any more articles on the event. It’s amazing she figured it out.”

The livestock show is an opportunity for 4-H and FFA members from across Hays County to exhibit their project work. It is also a time for community members and business leaders to come together to support the young people through the junior livestock auction.

“We are just so thankful as a group for the support we got from the county, City of Dripping Springs, and facility of Ranch Park,” Dodd said. “Their willingness to work with us to figure out a way where we could get together and hold a safe event for our kids in the community was amazing.”

More than 600 kids exhibited their projects with a total of 1,500 entries. Due to COVID, this year’s event came with a few restrictions on in-person spectators, but the board, for the first time, live streamed the events and received more viewers than they could have imagined. Dodd shared the stats which came in at 46 hours of live streaming, over 5,000 people who watched remotely live, and over 2,000 hours of playback from all over the world.

“It’s shocking to me, but amazing that we had people from all over the world tuning in,” Dodd said. “We actually confirmed some of the viewers, and we had a deployed parent who was able to watch from Afghanistan and a great grandparent from the Philippines who was able to see his great grandkids show their projects for the first time. And of course we had viewers from all over the United States.”

The show wrapped up Saturday with the youth auction, which has been an overwhelming success thus far bringing in close to half a million dollars for the student exhibitors. Dodd said the board is working hard to increase those contributions for the goal of $9,000,000 to a million by accepting add-ons to the projects through March 1. Interested parties can learn more by contacting the board or visiting http://www.hayscountylivestockshow.org.