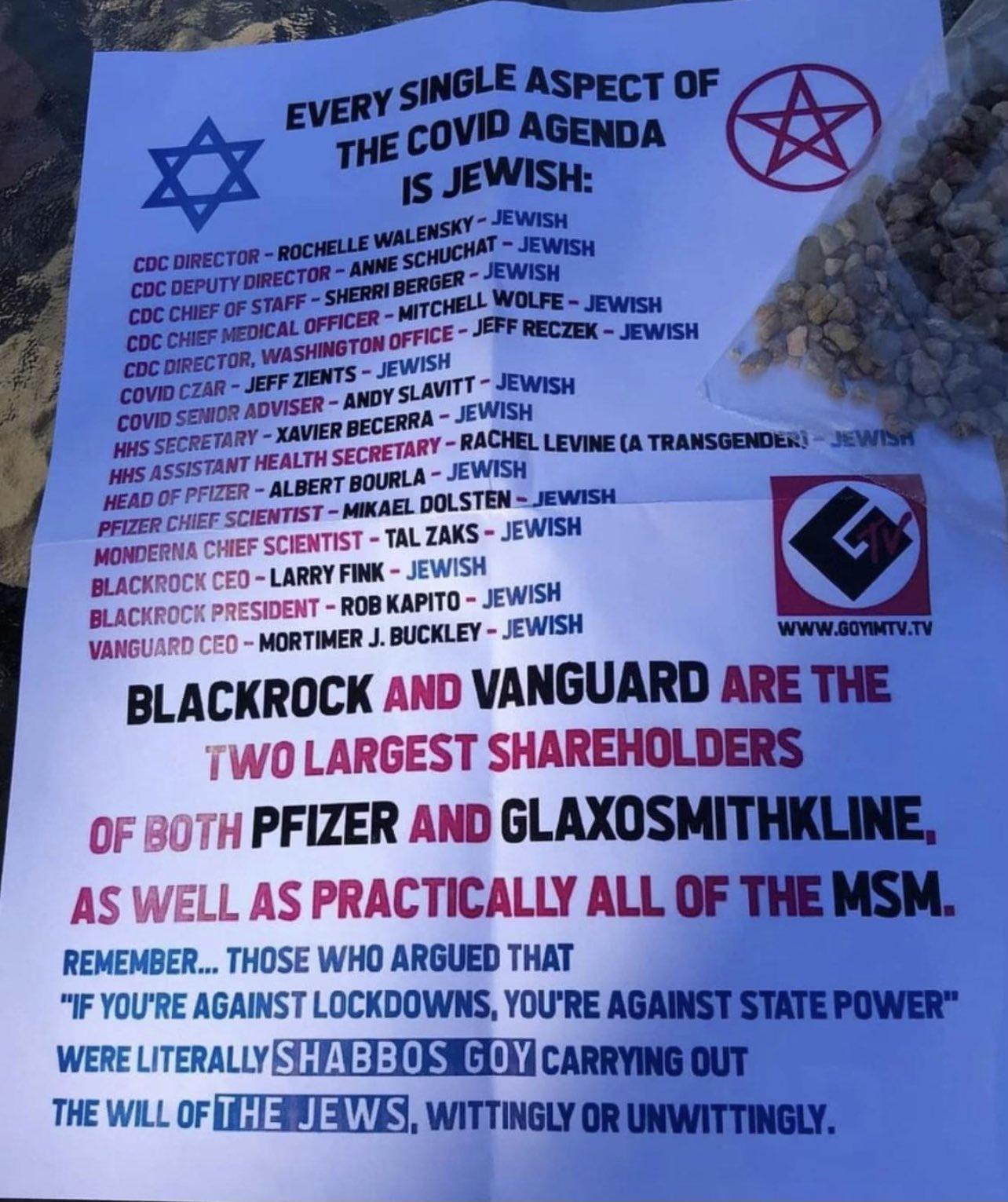 Antisemitic letters placed in plastic bags with pebbles inside them were recently found in the Willow Creek neighborhood in San Marcos.

The letters, which claimed “every single aspect of the covid agenda is Jewish,” and questioned why Jewish people “control” the media, were quickly reported to the San Marcos Police Department on Oct. 30.

A City of San Marcos spokesperson said the fliers were collected by police. SMPD is consulting with the Hays County District Attorney’s office on an investigation. The DA’s office said it could not comment on an ongoing investigation.

Rabbi Ari Weingarten, Director of Rohr Chabad of San Marcos — the only Jewish center in Hays County, said he began receiving calls regarding the letters targeted against the Jewish community late Saturday.

“Someone called me and left me a voicemail. They were quite upset. They lived in the neighborhood where she herself got the flier, a member of the Jewish community,” Weingarten said. “Then [the messages] didn’t stop coming. Another email somebody said that their stepson received the flier from this individual. So, I heard about it [Saturday] and it was quite frustrating and upsetting, disturbing.”

The letters found were quickly denounced by county leaders and faith groups. Hays County Judge Ruben Becerra tweeted, “Negative actions motivated in bias in an attack against an entire community & not just an attack on a single person. This behavior is not acceptable,” the county judge wrote, adding that anyone who received one of the fliers should fill out a tip on the FBI’s website: tips.fbi.gov.

The Hays County League of Women Voters, Hays County Women’s Political Caucus and Corridor Interfaith Alliance for Families were among the groups to speak out against the fliers while also voicing their support for the Jewish community in San Marcos and the county.

“As people of faith, the scriptures common to Christian and Jewish believers as well as the teachings of other spiritual practices all tell us that in the face of evil, we must not be silent or afraid but instead shine a light on the acts of those who seek to do harm,” Corridor Interfaith Alliance for Families said in a statement. “We stand with our neighbors Rohr Chabad of San Marcos and all Jewish people in rejecting this evil and protecting the vulnerable. There is no place for hate in our community.”

Weingarten said it’s been phenomenal to receive such strong support from the community following the incident.

“It really shows the true colors of San Marcos,” Weingarten said. “How people are one community.”

With Hanukkah beginning at the end of the month, Weingarten said there will be several opportunities for the community to come together in unity, including Menorah lightings in San Marcos at the Hays Coun ty Historic Courthouse and Texas State campus as well as one in Wimberley.

“We celebrate [Hanukkah] by lighting a candle, marking the power of goodness and light over darkness,” Weingarten said. “Never be intimidated by the darkness and always increase in doing the right thing, and what’s good. That’s one of the messages of Hanukkah — the power of light over darkness. Every night we increase the light indicating one should always grow in their journey in life.”

The Menorah lighting on the courthouse lawn is scheduled for Wednesday, Dec. 1 at approximately 5:30 p.m.