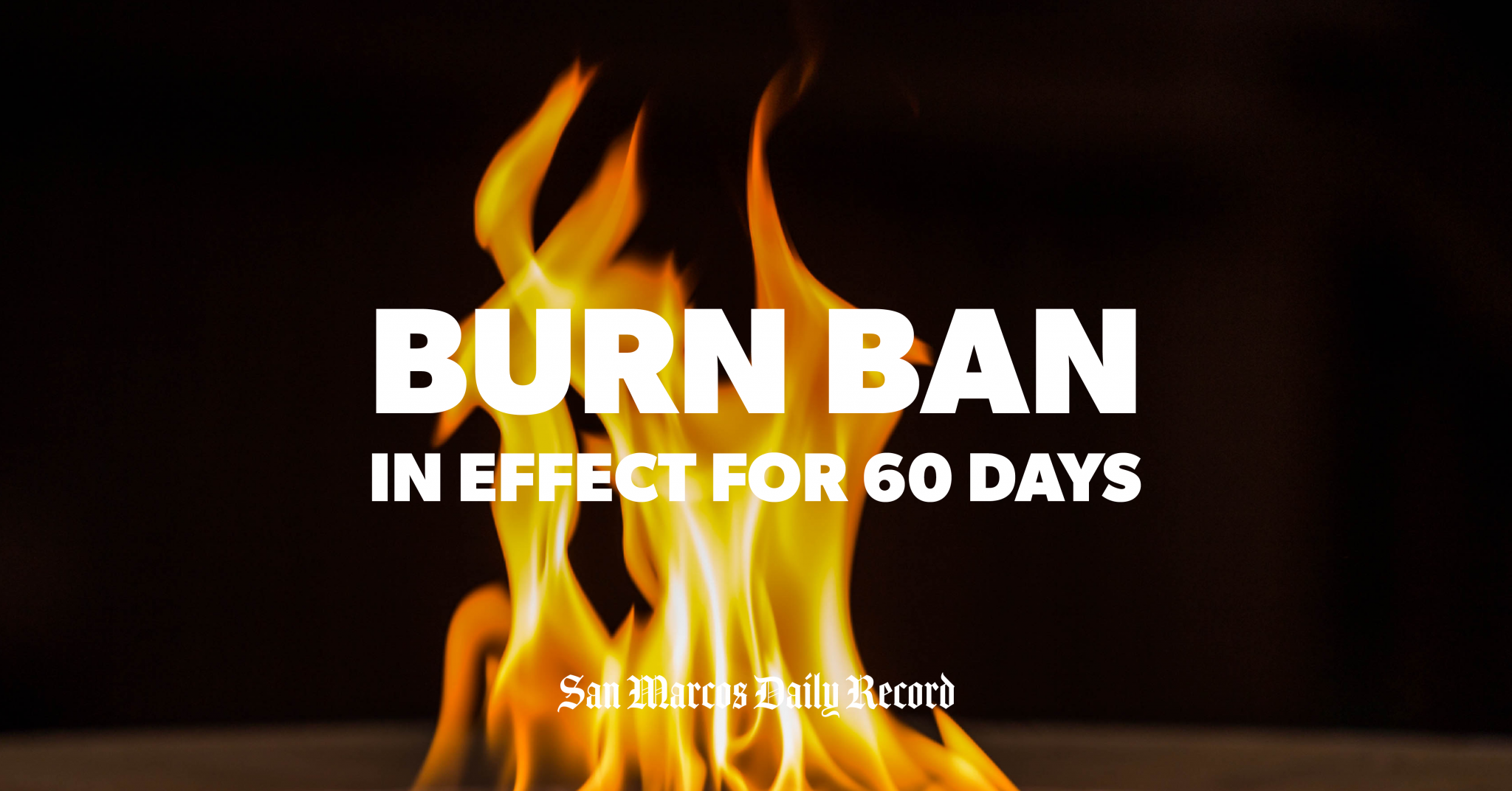 The Hays County Commissioners Court put a burn ban into effect for the next 60 days in response to a particularly dry season.

County Judge Ruben Becerra may remove the burn ban with the recommendation of the fire marshal.

“We’ve been watching numbers and trends and it's progressively gotten more susceptible to burning,” Watt said. “Under the burn ban, all burning is prohibited, the only thing that is allowed is cooking fire. All I will say is that you need to be prepared to eat whatever you have on that fire if I were to drive up. Conditions are bad enough that if that itty campfire releases an ember, that could start a significant fire.”

Emergency Management Coordinator Alex Villalobos has continued to make arrangements for regular public COVID-19  testing to be available, without pre-screening at various locations throughout the county.

There is a new agreement with Premier ER and Urgent Care to provide public testing six days per week, pending a lease agreement for a property off of  State Highway 123.

There is an agreement being finalized with Community Care to do testing in Kyle on Sundays and in Wimberley on Wednesdays. They are looking for an additional site in Dripping Springs and at Texas State University.

These public sites will provide tests for free, without screening for symptoms, however will likely require scheduling an appointment by calling ahead. Requiring appointments will mean quick service without lines and will prevent backlogs with the labs.

They are also looking into computer software that will allow residents to log on and see test results very quickly.

There were 3,332 tests conducted at the Texas Department of Emergency Management site at San Marcos High School last week.

The Hays County Jail reported 65 on July 19 cases of COVID-19 with their average population being 435. One out of every seven inmates has been infected, compared to a one in 75 infection rate among county residents.

According to July 1 population counts, 341 of the 423 inmates were pre-trial detainees, meaning they have not yet been convicted and are waiting for a trial because they could not afford bail.

In other business, Mike Jones was promoted to Director of the Office of Emergency Services and Nathan Mendenhall was hired as the new fire marshal.

They also approved a request for proposals for Election ballot printing, insertion and mailing services from Runbeck Election Services.

Upon successful negotiations, a contract will be brought back before court to approve and finalize the contract award.

Continuing discussions for the Emergency Cash Assistance Program for small businesses that have been affected by COVID-19, the court identified $24,000 in contingency funds for administrative fees.

PEOPLEFUND is working on the application which should go live on Aug. 1.

The commissioners court meeting on August 4 has been canceled.