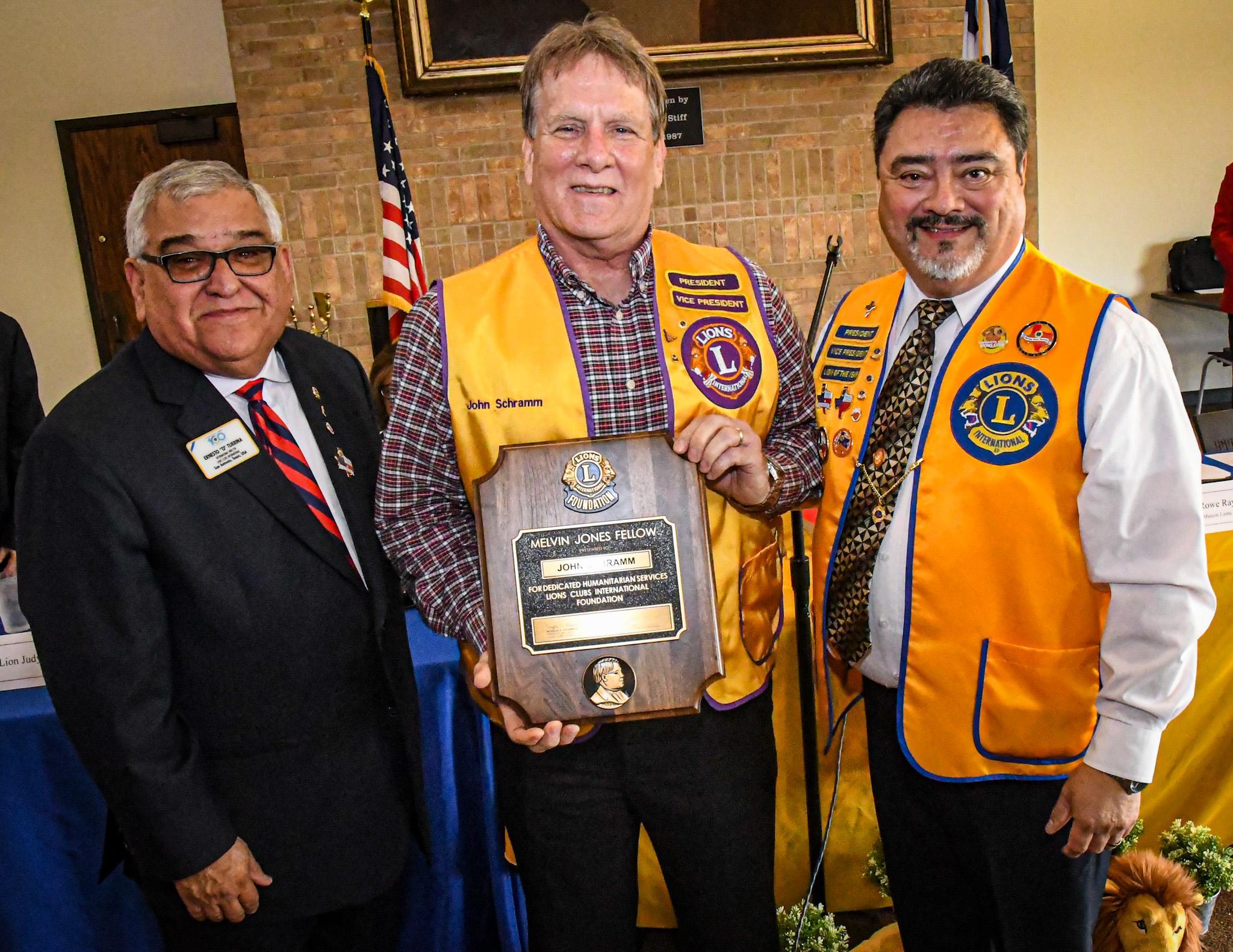 It was time to blow out the candles, all 80 of them, and cut the ceremonial cake as the San Marcos Lions Club celebrated an anniversary. On Saturday, a group of nearly 100 gathered at San Marcos Academy to reflect on its 80 years of accomplishments, and equally as important, the direction the club is heading.

“The challenges and successes this club has experienced; it's because it was all created 80 years ago with a vision. You stand together as a club — I can see that — I can sense that. And you stand tall,” said TJ Tijerina, International Director, Lions Club International.

Rowe Ray, chairman of the event, presented the club's history.

“It's tempting on days like this to celebrate the history of a Lions Club based on its years of existence. And that is, indeed, something special,” Ray said. “But is it really that number which represents the true legacy of a Lions Club?”

Ray said the San Marcos Lions Club is proud of its activities and accomplishments over these past 80 years, but perhaps the true history of any Lions Club is best measured by its impact on the community it serves.

“So the history of our club is best told not by what we say about ourselves today — or any day,” he said. “But how well others feel we have held true to the Lions motto of, 'We Serve.'”

Ray said the real history is told through the eyes of a child who now can read thanks to Lion’s vision testing and a new pair of eyeglasses. Or through the giggles of Texas Lions Campers making their way to the stage on graduation night in Kerrville. Or through the smiles of hungry residents receiving food baskets at Christmas time, and through the appreciation of all the social services, charities and youth programs which count on our support.

He then took attendees on a trip back in time when the club was first created.

Ray said it was 1941 when the San Marcos Lions Club was founded: Franklin Roosevelt was president, the Olympic Games were canceled because of World War II, the minimum wage was 30 cents an hour and M&Ms candies were first introduced.

“World War II was declared by the U.S. just three weeks after our club was founded,” Ray said. “While that event created new challenges for everyone in this nation, the San Marcos Lions Club took that challenge to heart and continued to serve this community during the war years.”

Ray said the club has had a long history of community service.

“While many may know our club only by the bright yellow tubes we rent in City Park every summer, this organization of 100-plus hardworking volunteers has a long history of helping to preserve and enhance the beautiful riverside community we call home,” he said.

“All Lions here today and around the world continue to strive to answer Helen Keller’s 1925 call to act as “Knights of the Blind,” Ray said And we’re proud to do so,” he added.

“In 1997, we donated a structure to the Texas Lions Camp which became the Equestrian Center. It is still in use today,” Ray said. “Our club sponsored of the San Marcos Bluebonnet Lions Club. We sponsored both the San Marcos Academy LEO Club and San Marcos High School LEO Club. In 2020, we helped to charter the Texas State Medical Explorer Omega LEO Club. The Omega Club is made up of Medical Explorers of Scout Post 4077 and helps to develop future medical professionals.”

Ray said the Texas State Omega Club, headed up by San Marcos Lion Dr. Charles Johnson, is a “truly amazing program” — and one of only three in the state of Texas, as well as the largest.

The real history of the club is its people, Ray said, and its community traditions are many.

“Along with attracting thousands of visitors to the city with the tube rental, we deliver Christmas Food Baskets to needy families, provide annual scholarships to local high school and college students, partner with the Hays County Food Bank, ring bells for the Salvation Army, participate in workdays at the Texas Lions Camp, and deliver thousands of used eyeglasses to the eyeglass recycling center in Midland,” Ray said.

“We are also charter sponsors of Boy Scout Troop 112, whose members and leaders assist with a number of club projects throughout the year, as do all our other Lion and Leo clubs here. We also provide disaster relief when needed, such as the financial support distributed to many of our neighbors who were impacted by the tragic flooding of 2015 and Texans hit hard by Hurricane Harvey — and more recently, Hurricane Ida.”

As for the legacy of the tube rental Ray called it a serious business for the club and the community.

“This operation allows us to give back in a big way to about 100 organizations to the tune of more than $350,000 annually,” he said. “It also provides summer employment for a number of local high school and college students.  We love our river, and we care about its future. As good stewards of this unique, spring-fed waterway, our Lions: participate in river clean-ups, provide educational and safety information, and attach mesh bags to each tube so that litter can be stored and returned to the tube rental for proper disposal.

Cliff Caskey, one of the tube rentals founders, gave an amusing recollection of how it all began. 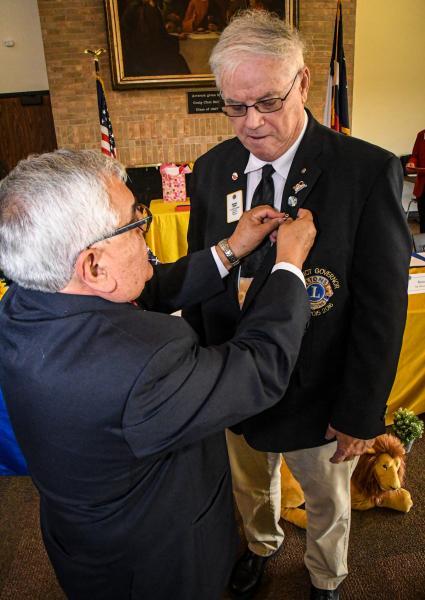 “You do great work to make those that are less fortunate to be able to have a better life,” Tijerina said in closing. “You've made a tremendous contribution you will never be able to know."