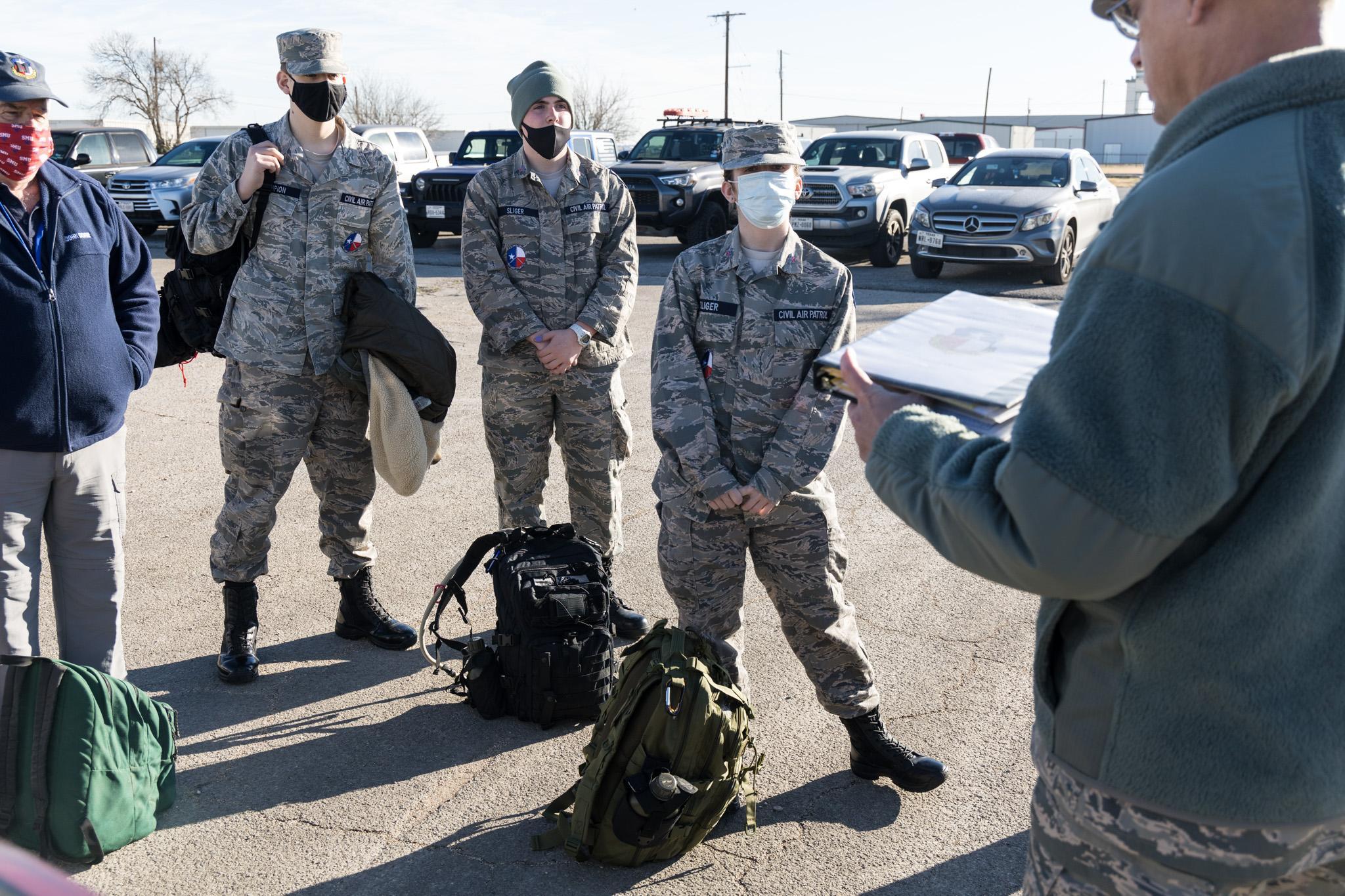 Above, Ground teams receive a final briefing before they set out on a mission. Photo courtesy of Civil Air Patrol David Lee “Tex” Hill Composite Squadron

More than 60 cadets and seniors from squadrons across south-central Texas flew 19 air sorties and three ground sorties, and practiced search and rescue techniques ​​(SAREX) such as searching for simulated downed aircraft and evaluating simulated flood and hurricane damage on Feb. 19.

The Commemorative Air Force (CAF) donated meeting space for an air command center in its historic hangar at the San Marcos Airport to launch the air sorties, which are specific operations involving a single resource on a mission in an aircraft. The CAP building for the San Marcos squadron served as command and communications center for the ground teams. Training in search techniques, air-to-ground communications, and safety were provided.

“It is important that we simulate real-world events such as hurricanes and flooding, in addition to downed aircraft in our training,” Group V Commander Lt. Col. Don Jones said of the event. “These are missions that CAP has been called on to perform in the past. For this event, we mixed up crews from different squadrons to make sure all our teams can work together.”

Established in 1941, Civil Air Patrol is the official auxiliary of the U.S. Air Force and as such is a member of its Total Force. In its auxiliary role, CAP operates a fleet of 555 single-engine aircraft and 2,250 small Unmanned Aircraft Systems (sUAS) and performs about 90% of all search and rescue operations within the contiguous United States as tasked by the Air Force Rescue Coordination Center.