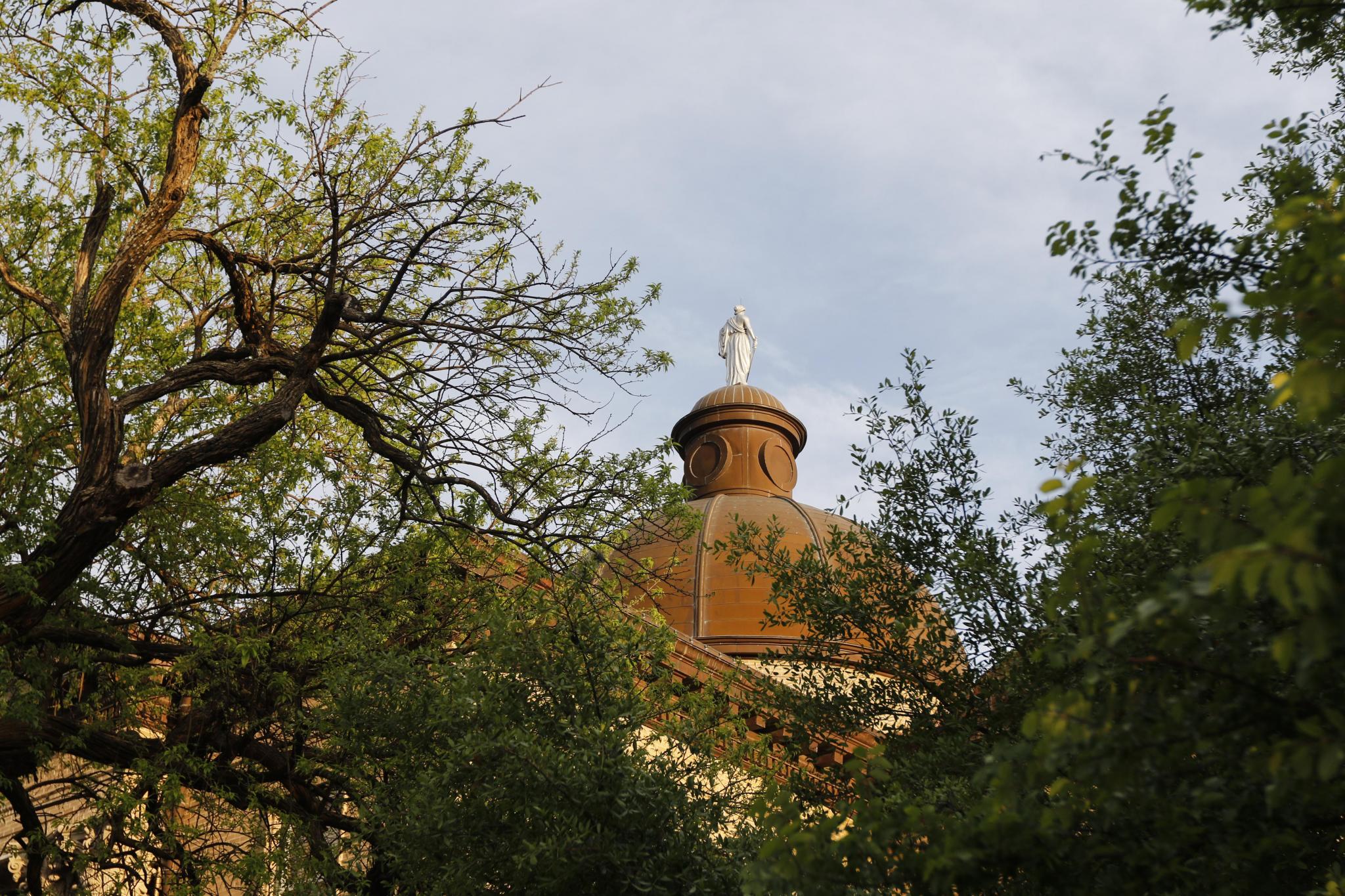 Thompson, a Democrat who was voted into office in November 2020, resigned on May 12, leaving a handwritten note on her desk stating, “I hereby resign as judge of Hays County Court at Law #3, effective upon receipt of this resignation.”

Thompson’s tenure on the bench was tumultuous with disagreements between herself and the other judges and staff personnel. Within the first months, she issued a criminal trespassing warning and went as far as to hire a private locksmith to change the locks at her office at the Hays County Government Center and recused herself from several local attorneys' cases.

She also filed a lawsuit against Judge Chris Johnson, Judge Robert Updegrove and the Hays County Commissioners Court, including County Judge Ruben Becerra and commissioners Debbie Ingalsbe, Mark Jones, Lon Shell and Walt Smith. Through the lawsuit, Thompson sought that judges Johnson and Updegrove recognize her right to appoint her a court coordinator to serve her; Judge Johnson to reassign a court coordinator position from his control to County Court-at-Law No. 3; Judges Johnson and Updegrove to vote on a reasonable salary for that coordinator; and for the commissioners court to approve a reasonable salary.

With the court’s approval of her resignation, the commissioners are obligated to name a replacement who will fill the spot on the bench until the November 2022 election.

“(Rodriguez) is more than willing to step in in this position,” Ingalsbe said. “As was mentioned, she worked for the county for over 30 years and I think was a great judge. I know that she isn’t interested in running for the position.”

Commissioner Mark Jones and County Judge Ruben Becerra expressed their approval for Rodriguez to serve as Court-at-Law No. 3 Judge.

“I have talked to Judge Rodriguez, I think she’ll be a good choice,” Jones said. “There’s no learning curve. I wouldn’t have a problem with supporting her. I have not had anybody else come forward, so that’s where I’m at.”

Commissioners Lon Shell and Walt Smith both agreed that Rodriguez would serve the position well but expressed concerns that the process was moving too quickly.

“My preference is to have some process for filling the countywide vacancies,” Shell said. “I would prefer to at least accept resumes for a short period of time just to better understand how many people are interested. I think I’ve heard from three different folks at this point that are interested. And that’s just my preference, I’m not saying Judge Rodriguez wouldn’t do a good job … I think that accepting resumes in some type of process to actually see the type of individuals that are wishing to fill that vacancy.”

Smith stated that he had also heard from several people interested in the position. “I think Linda could do a great job,” Smith said. “But I would like to see what else is out there and establish a process that we can use.”

The commissioners court voted down Rodriguez’s appointment 3-2 with Ingalsbe and Becerra voting in favor of her nomination.

The commissioners will ask those interested in filling the position to submit their resume to the commissioners court members. There are several qualifications that a person must meet to fill the vacancy — the candidate must be at least 25 years old, a U.S. citizen residing in Hays County for at least two years before appointment, and they must be a licensed attorney or served as a judge for four years preceding the appointment.

The topic will be brought back to the commissioners court agenda for the next meeting on Tuesday, June 1.