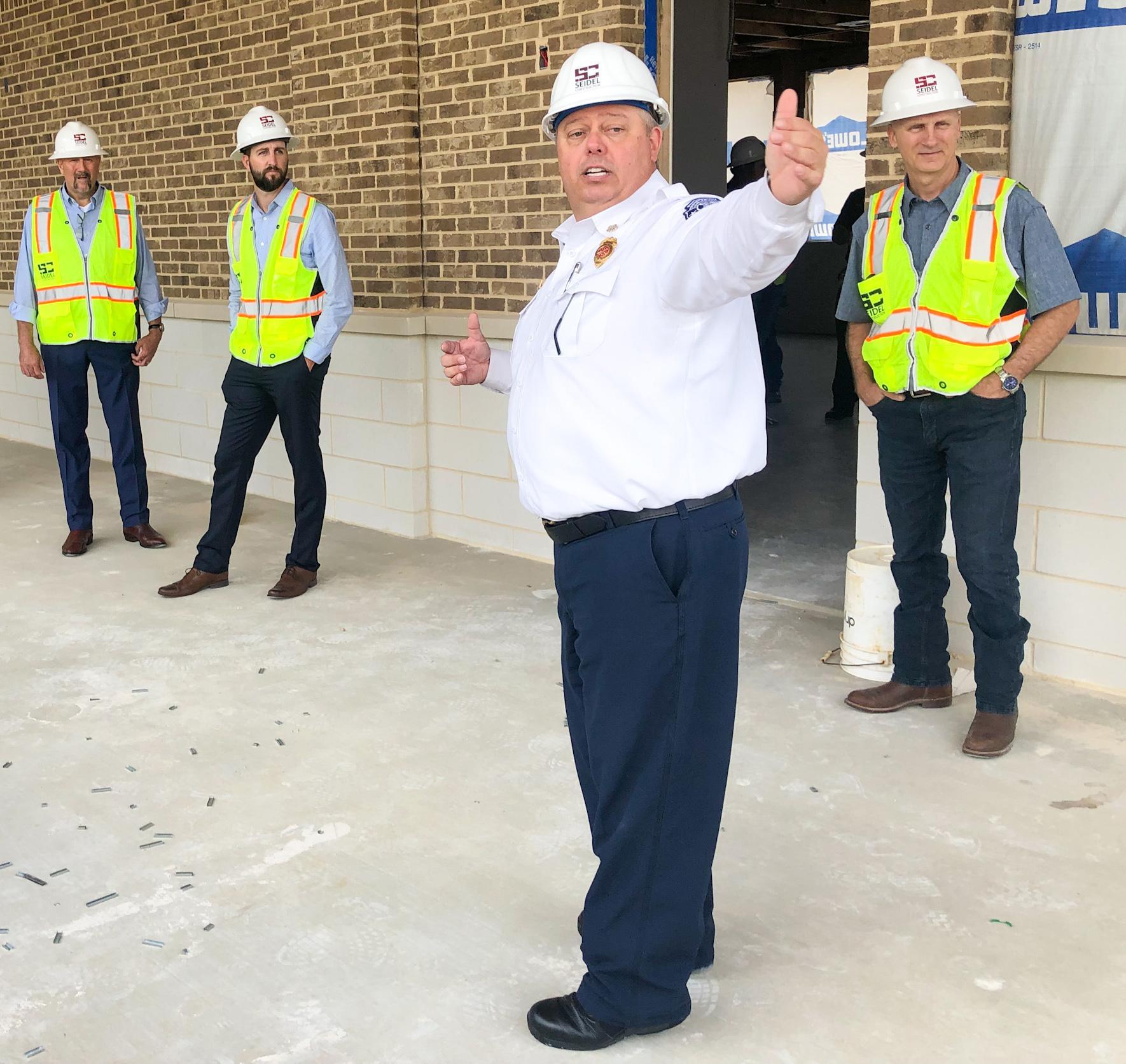 Work continues on San Marcos Fire Station 6 — located at 5716 S. Old Bastrop Highway near the Trace neighborhood — which will serve a growing area in the city. Pictured above and below, San Marcos Fire Chief Les Stephens leads a tour of the new fire station on Thursday. Daily Record photos by Lance Winter

San Marcos is drawing closer to having fire station 6 operational.

The newest fire station — located in southeast San Marcos near the Trace neighborhood — will serve a growing area in the city. Fire Chief Les Stephen gave a tour of the new facility Thursday as it's currently being constructed.

“In round numbers, it costs the city about $2.5 million, a little less than that, to operate each [fire] station,” San Marcos Fire Chief Les Stephen said. “There’s a lot of things that are replicated from one [station] to the next to the next with the idea of trying to keep this fire engine and this ambulance at home in this district, or this station, as much as possible.”

Fire Station 6 is being built as a part of San Marcos’ 2017 bond, which passed with nearly 77% of the vote. The project was originally expected to cost $7 million. A developer will contribute $2.5 million to the project. The city’s capital costs will total $4.5 million. WestEast Design Group of San Antonio, Seidel Construction of New Braunfels and Jacobs Engineering Group of Dallas were picked for the project.

The station also has a patient-treatment room for members of the public who come in seeking help.

“If you come to the fire station with a heart attack, difficulty breathing, the flu, COVID, whatever, we want to put you in here to take care of you,” Stephens said. “We’ll pull our ambulance out and we’ll bring the stretcher, we’ll take you and bring you back out and none of your [germs] get into the fire station. We’ve also made it a very small area to treat after you leave.” 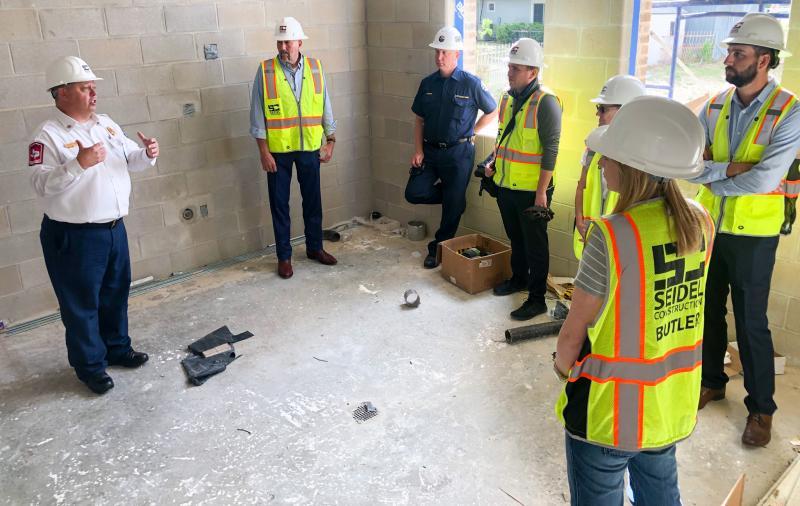 Stephens also said the fire station will be equipped with new technology which will allow firefighters to respond quicker to calls.

“We’re putting in a third-party system called WestNet,” Stephens said. “When the dispatcher first takes the call and they start to go through, we use EMD — emergency medical dispatch, as soon as they get the address and the call, long before it alerts, it will come up on that screen [in the station] and these [firefighters] can actually be going and getting on a fire truck long before the tones ever go off. This station alerting system, what it will do is once the dispatcher gets the last information that computer needs, it will dispatch automatically with a digital voice while the dispatcher is on the line with the call taker, completely taking that part off of their plate.”

The project includes the purchase of a new fire apparatus, according to the city. Fire Station 6 will be located at 5716 S. Old Bastrop Highway. Construction is currently expected to be completed by late August, according to Seidel.