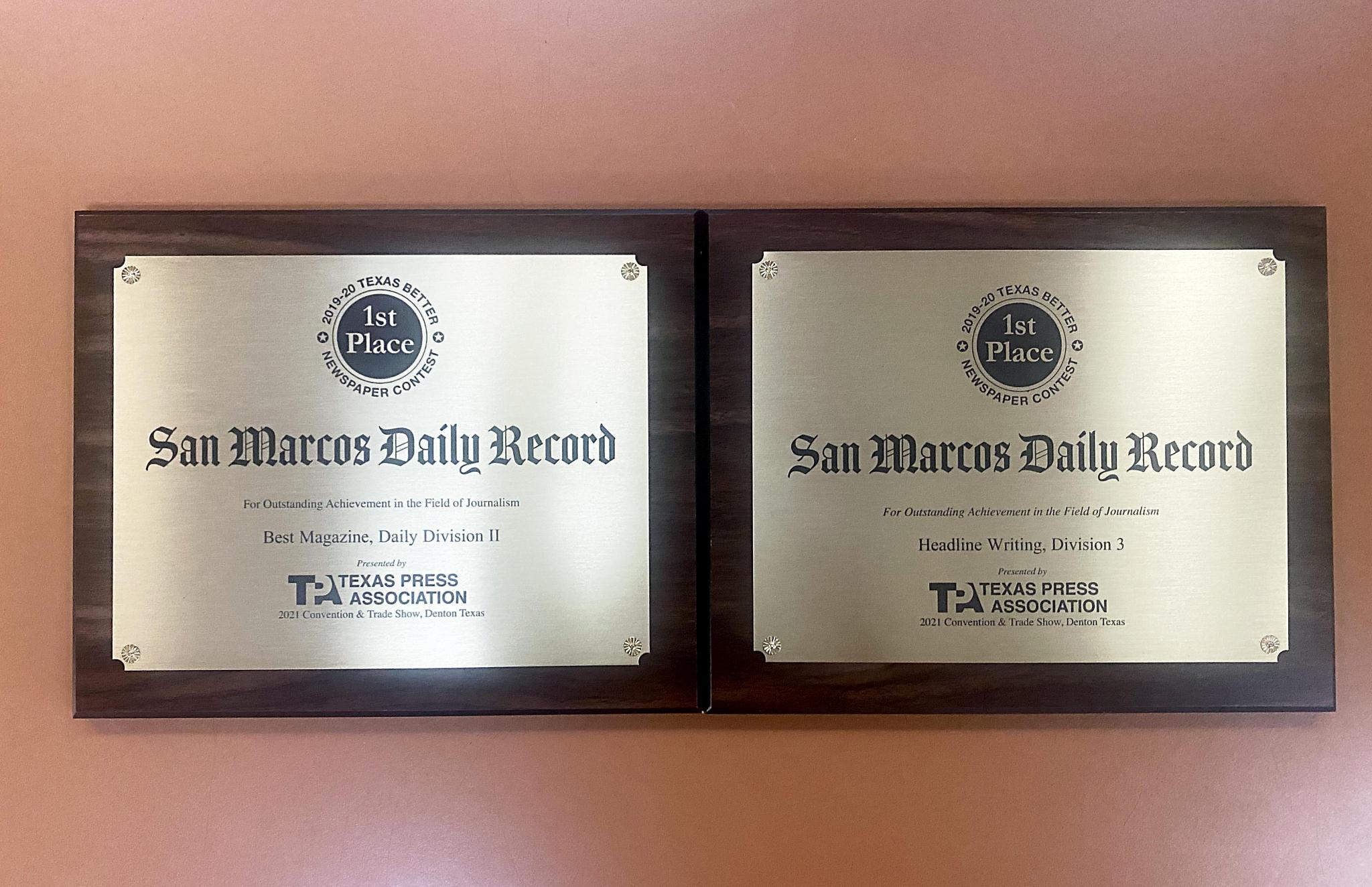 “I’m proud of the work the Daily Record produced during trying times in 2020,” Publisher Lance Winter said. “The Daily Record strives to provide San Marcans with the news that impacts their daily lives as well as produce top-notch sports coverage and features. The awards show that everyone in the newsroom aims for excellence.”

Former reporter Stephanie Gates highlighted the Daily Record’s haul at the TAPME awards. Gates was named Star Reporter of the Year and also took home a first-place award for Star Investigative Report of the Year.

“We couldn’t be prouder of the work Stephanie produced during her time with the Daily Record,” Managing Editor Nick Castillo said. “Her reporting showed a dedication to her craft. She reported fairly and compassionately to all those she covered. We are thrilled that her work was rewarded with these two awards.”

Castillo received first-place awards for business reporting and headline writing. Winter and Castillo teamed up for an honorable mention for deadline reporting. 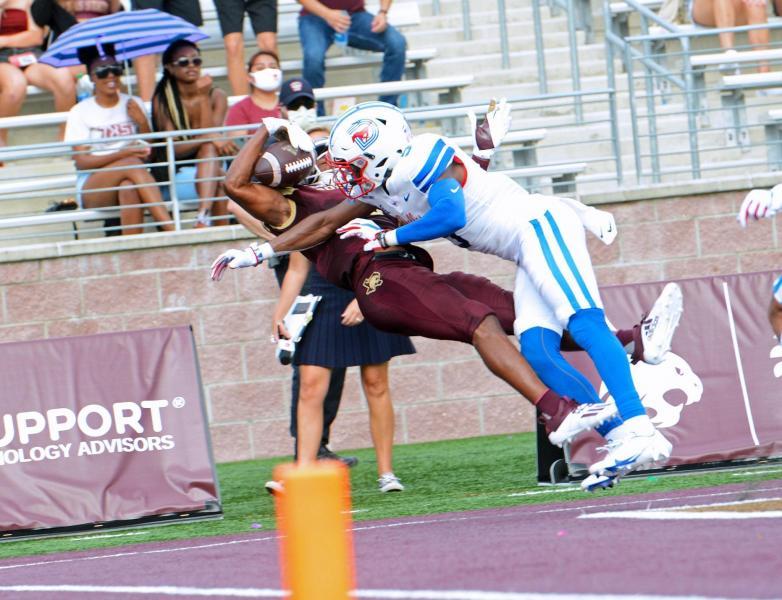 At the Texas Press Association Convention and Trade Show in Denton over the weekend, the Daily Record received a first place award for best magazine, contributed to by several staff members, and designed by Toy Mendez.

“Amazing layout with stunning pictures and very informative,” the judges wrote. “It makes someone want to come visit.”

The Daily Record took home first in headline writing by Castillo and Winter and first in column writing by Winter.

“The school drill column made me feel like I was there with you,” the judges wrote. “I could feel your emotions and connect with what was happening. Both columns are clear, compelling and well written from a personal point of view.”

The Daily Record took home third in news writing, fourth in sports photography and fourth in the special section category.