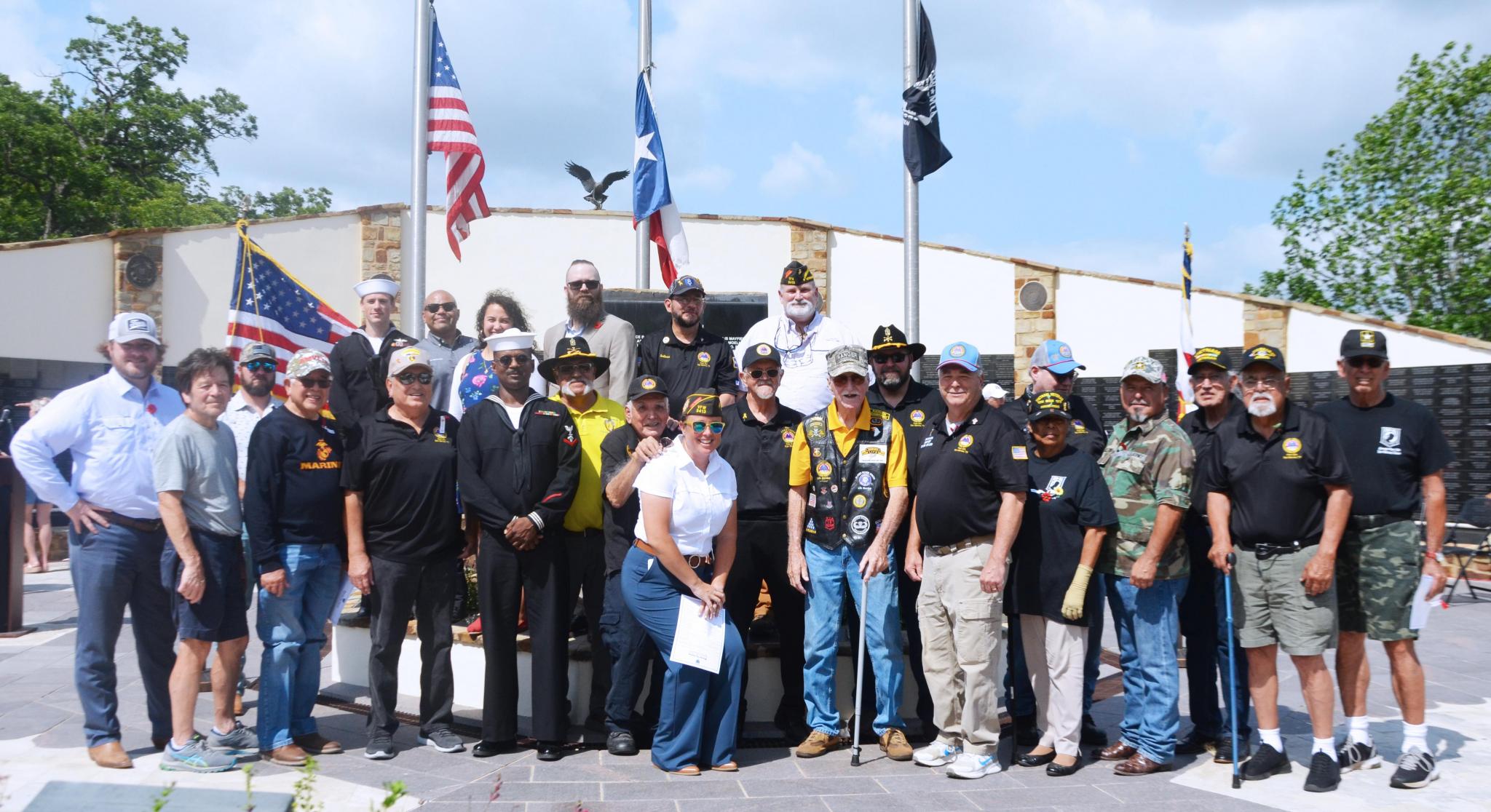 San Marcos and Hays County residents honored those who died while serving in the United States military during the annual Memorial Day ceremony.

“Memorial day is a day of remembrance. A day to reflect upon the sacrifices of the men and women who have given their lives to protect our country and our freedoms,” said Michael Hernandez, U.S. Army veteran, Chair of the San Marcos Veterans Affairs Advisory Committee and assistant Hays County Veterans Officer. “It’s also a day to honor the sacrifices of the countless courageous wives, husbands, parents, children, all those left behind. It’s a day of patriotism and pride. A pride that we should instill in our future generations so they too will understand the price of freedom.” 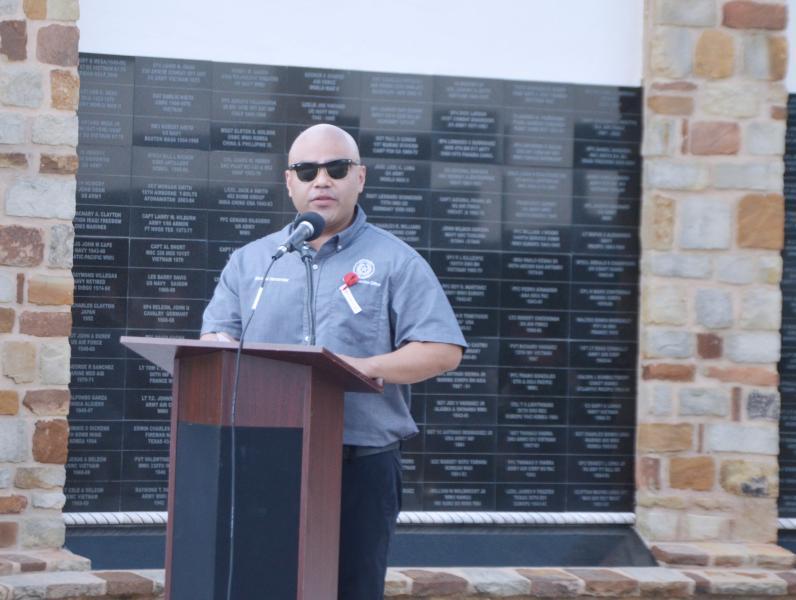 Miles Nelson, a U.S. Marine Corps veteran who served during Operation Iraqi Freedom, was the guest speaker. Nelson spoke about his first tour in Iraq and how two members of his company would often exchange food. Cpl. Erik “Thumbs” Silva and a Marine named Anderson would exchange their bread and crackers. After Silva was killed in action on April 4, 2003, Nelson watched as Anderson memorialized his friend.

“I could see Anderson sitting in the back hatch of the vehicle and he had his MRE and all the stuff that came in it just laid out around him. He was holding the pouch that the bread came in,” Nelson said. “I kind of stopped and watched for a minute. And, I watched as he opened the pouch, took out the bread and took a single bite and then he just tossed the rest into the darkness. It was about that time [Anderson] noticed I was standing there and he just looked up at me, kind of blinked very slowly and then went about his business as if nothing had happened. I had some idea, of course, of what he was doing but being kind of naive and not having learned all the painful lessons yet, I didn’t fully understand the reasoning, or his purpose.

“Six years, two more combat deployments later, a whole lot of very close friends gone, I finally started to really understand what [Anderson] was doing. So, that single bit of just utterly  tasteless bread was a fitting semblance for the bitterness of losing a brother,” Nelson added. “As simple as that was and as silly as it seemed, it was a deeply personal memorial to a dear friend. That personal aspect of the memorial is what today is most about: By honoring and remembering those who gave everything they had to the service of this country and supporting the people they left behind.” 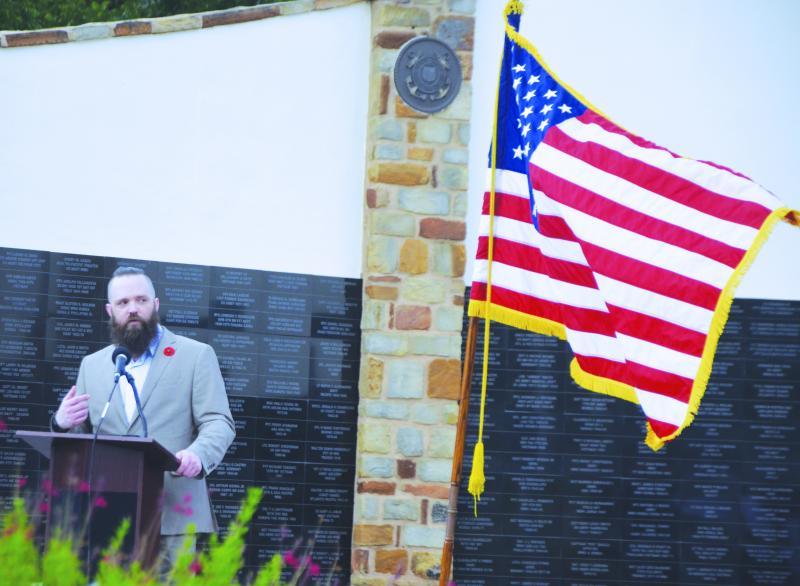 Above, Miles Nelson, a U.S. Marine Corps veteran and Monday's guest speaker, addresses the crowd at the Memorial Day ceremony.

Nelson closed his remarks by issuing a challenge to all those in attendance to learn the stories of those lost to war.

“If you want to do Memorial Day just a little bit different give this a shot,” Nelson said. “Pick a name. We have too many already but pick a name and then learn their story. Many stories you can find … How they lived and then tell that story to anyone who will listen. Present it for a  Memorial Day ceremony like this, or have it published in the local newspaper as a community column. Keep them in our living memory as long as possible. Maybe they too will enter that legendary status of people like King Leonidas, or Sir Arthur and His Knights of the Roundtable, and they’ll always be with us. On a day like today, I have a hard time imagining a better tribute to the people who gave absolutely everything for our country.”

Those honored during Monday’s Memorial Day ceremony include: