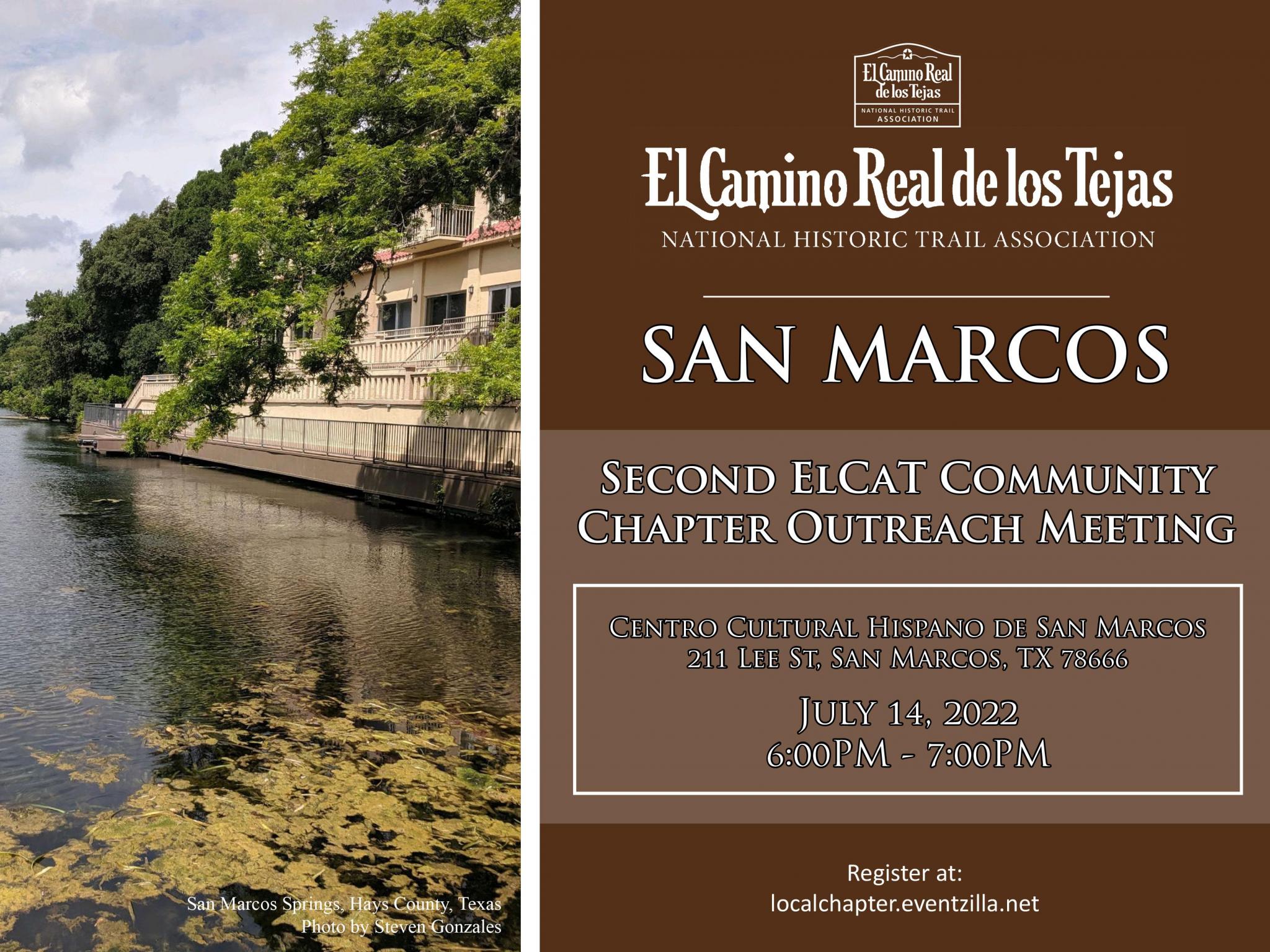 ElCaT said its second meeting — which is set to take place Thursday, July 14, at Centro Cultural Hispano de San Marcos, 221 Lee St. from 6-7 p.m. — will introduce participants to its vision and strategy to develop the National Historic Trail and the process of formalizing a local chapter.

ElCaT is a nonprofit organization that aims to protect the historic integrity of the trail, educate the public about its significance and to promote resource development, interpretation and tourism along its path. El Camino Real stretches from the Mexico border at the Rio Grande to the eastern boundary of the Spanish province of Texas in Natchitoches Parish, La. The trail commemorates the historic routes of travel. The Camino Real de los Tejas is one of two National Historic Trails in Texas with the other being its sister trail —  El Camino Real de Tierra Adentro, which crosses the U.S.-Mexico border at El Paso before heading toward Santa Fe., N.M.

ElCaT hosted its first meeting in San Marcos on May 25, which was among several meetings held around the area. The advocacy group said meetings held in late May in New Braunfels, Austin, Bastrop and Nacogdoches were well attended. Each meeting discussed the foundation of the National Trails System, including what it means to be a National Historic Trail; services that NPS can provide for local trial developments and initiatives; and how community members and partners can use an ElCaT chapter.

Anyone interested in attending Thursday’s meeting can register to do so at localchapter.eventzilla.net.